France: A nation at the service of cutting-edge medicine 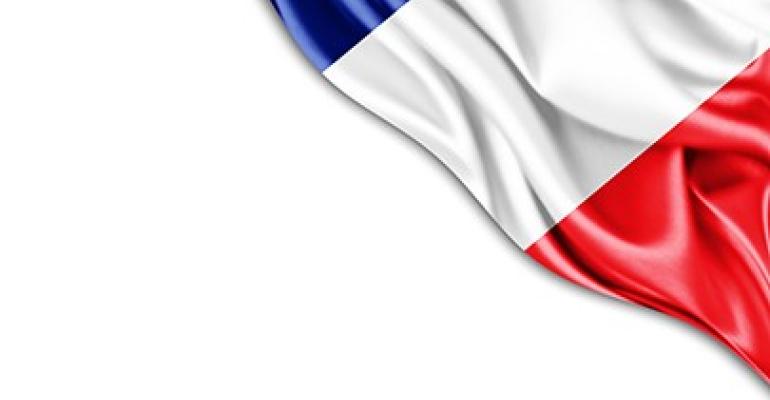 French Healthcare, which made its debut at Arab Health 2019, is a brand that seeks to promote French assets including its globally recognised public health model, cutting-edge research, and pharmaceutical industry, amongst others.

With 13 Nobel Prizes for medicine awarded to French teams till date and enjoying one of the best life expectancies in the world at 82.8 years (UN, 2018), it is not surprising that health is a serious business that gets a lot of attention in France.

This was evident at the recently concluded edition of the Arab Health Exhibition & Congress in Dubai, where more than 140 French companies – 30 of them marking their debut – presented the very best of French healthcare excellence and innovation to an audience of 84,500 plus healthcare and trade professionals attending the event.

To showcase the exceptional strengths that France enjoys in the medical world to a competitive market and to present a coordinated offer of goods and services on a global platform, the “French Healthcare” brand was recently launched internationally by Business France, the agency supporting the international development of the French economy, in partnership with the French Healthcare Association.

Speaking on the sidelines of Arab Health 2019, Jean-Patrick Lajonchère, Special Advisor for Healthcare Export, explained that “this innovative initiative intends to promote the French vision in terms of worldwide health, and is aimed at bringing together French companies, researchers, and healthcare professionals to jointly promote their activities internationally.”

Presenting for the first time at Arab Health under the collective brand ‘French Healthcare’, he adds that the initiative has the ambition to “build momentum through a collective approach so as to boost the influence of French expertise, know-how and technologies in the healthcare industry. French Healthcare is a brand that seeks to promote French assets including its globally recognised public health model, cutting-edge research, and pharmaceutical industry, amongst others.”

Many companies had difficulty in making known to international markets that they were French, but now under the label of the new brand, the identity with France is easily recognisable.

France is renowned as an innovator in the life sciences sector and recently presented an incredibly encouraging success story for a genetic disorder with complete clinical remission of a patient with sickle cell disease with correction of hemolysis and biological hallmarks of the disease.

France, which came out number 1 in a World Health Organization report comparing 191 countries in 2000, is now taking steps to ensure that its healthcare system is more efficient and sustainable for the next 50 years. According to new reforms unveiled in September last year, healthcare spending in France is set to increase by 2.5 per cent in 2019, higher than the original target of 2.3 per cent. This amounts to an additional 400 million euros in a nearly 200-billion-euro budget.

France has a community-based healthcare system consisting of 353,000 healthcare professionals, 3,089 hospitals (1,389 public sector, 691 privately run non-profit hospitals and 1,009 private clinics), France is the top OECD (Organisation for Economic Co-operation and Development, an intergovernmental economic organisation with 36 countries as members) country for access to healthcare and has the lowest remaining balance for healthcare (the amount payable by patients) of any OECD country.

A leader in the Life Sciences

“France’s chief strengths and legacy in the healthcare and life sciences field,” he says, “stems from its formidable network of globally acclaimed medical universities and research institutions that are renowned for their innovation capacity and competitiveness.”

France places clinical research at the heart of the medical profession and four French institutions were counted as the 25 best public research institutions in the world, according to a 2017 ranking by Reuters. The depth of innovation in these scientific research centres are reputed for developing cutting-edge medicine which brings new solutions and benefits for people across the world. Amongst its other pioneering feats include the first partial face transplant, the first total face and eyelid transplant and 3D laser-assisted bio-printing of human tissue.

France also enjoys a solid manufacturing base with a strong culture of re-exportation, he adds, and is imbued with a technology-intensive expertise and a strong capacity for innovation. “The country is ranked 4th in the world and 2nd in Europe in terms of revenues for medical devices and technologies, covering products and equipment in a wide field ranging from syringes and in-vitro diagnostics to MRI scanners, and is 2nd in terms of market size after the U.S.,” he says.

The medical devices sector, he adds, stands out for its three-pronged growth model: innovation / internationalisation / external growth, with exports as the main driver. “According to 2017 statistics, 1,340 medical equipment and facilities providers in France generated €28 billion in revenues and 85,000 jobs in France,” explains Lajonchère. “More than half of these companies conduct R&D. This sector has strong development potential particularly due to continuous innovations, the development of eHealth and its recognised industrial, scientific and medical expertise.”

An interesting characteristic of the medical devices sector in France, he further adds, is that SMEs account for 92 per cent of its companies and growth in this sector is fuelled in large part by export. France exports €8 billion in medical devices per year, with a 5 per cent annual increase in export revenues.

Pharmaceuticals is another high-performance sector in France. According to Lajonchère, “The French pharmaceutical industry is constantly evolving within an extremely competitive environment and a strongly dynamic context. The quality of its research, its highly-qualified staff, its renowned industrial know-how and ability to adapt to changing market needs have all made France the key player in global pharmaceutical production that it is today.”

France is the 5th largest market in the world and the 2nd largest in Europe for human medicines, he adds. “2016 statistics reveal that revenues from pharmaceuticals exceeded €54.5 billion, nearly half of which were generated by exports. In addition, the dynamic and innovative pharmaceutical industry in France boasts about one of the biggest R&D spends in the French private sector, accounting for 9.8 per cent of revenues of all pharmaceutical companies.”

France is home to historical medical industries such as Sanofi and Ipsen, he adds. “Sanofi, for instance, is ranked the 3rd largest healthcare firm in the world and spent €5.5 billion on R&D in 2017.”

However, healthcare in France is not solely about a buoyant research environment, the availability of highly advanced technological devices, or medicines that meet the quality, efficacy and safety criteria required by the most exacting international standards, he asserts. “In France, the provision of healthcare is a national responsibility and is characterised by good access to high-quality care and a growing recognition of patients’ rights. Guided by the motto of the French Republic – liberty, equality and fraternity, the philosophy of French healthcare too mirrors these values. Liberty relates to the fact that you have the freedom to choose where you want to be treated, equality indicates that every individual has the same right to access to health, and as a welfare state, every individual pays for the other in the true spirit of fraternity. Thus, the three cornerstones of the French Republic are also the bedrock of the French healthcare system.”

It is very important for French Healthcare to be at Arab Health, he adds. “This is a special hub for global health and trade professionals, and we value the opportunities it opens for us both in terms of expanding our market share and also in showcasing to the world the innovations in life sciences that has elevated France to emerge as a leader in world healthcare.”

Historically, France has been the leader in clinical research in haematology and cell and gene therapy while several French public research institutions are among Thomson Reuters 2016 Top Ten Global Innovators and the leading European health and biotechnology patent owners.

“Today, France is leading the way in new innovations in fertility technology,” says Lajonchère. “It is also funding research into new antibiotics to step up the global fight against antibiotic resistance.”

France also has a high level of expertise in the prevention, diagnosis, treatment, monitoring and education of diabetes care, he adds. “It was the pioneer in the development of artificial pancreas while in the field of oncology, France has one of the highest survival rates in the world.”

As health ecosystems are constantly adapting to new medical innovative technologies to remain competitive and emerge stronger, so too is France, which has now made health a cornerstone of its US$1.8 billion Artificial Intelligence strategy. While the move seeks to turn France into a “start-up nation”, it also aims to prevent the scientific brain-drain that the nation is currently witnessing. By stimulating new approaches and rethinking current practices in healthcare, the government’s aim is to encourage and support projects that use new technologies that would eventually improve the quality of care for the benefit of patients.

With its emphasis on research, innovative and technological development, France is working hard to ensure that its healthcare system is not only the pillar of the welfare state but also one that prevents and protects against today’s and tomorrow’s health risks.