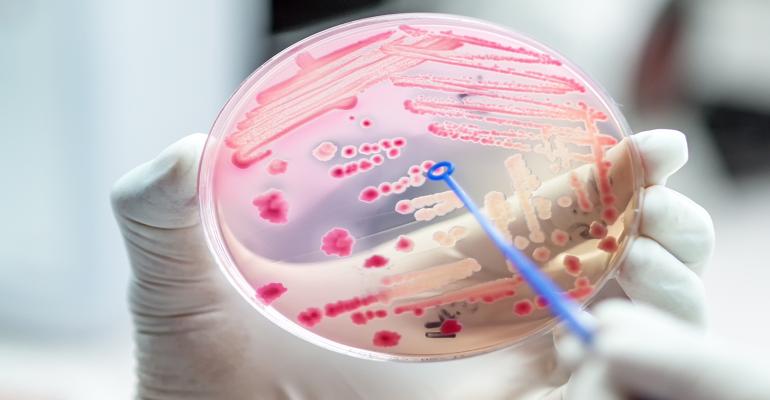 In order to understand the gravity of antimicrobial resistance, we need to address the reasons behind its dramatic increase and the consequences facing us.

The World Health Organization (WHO) has named antibiotic resistance (AR) an international public health crisis in the 21st century based on estimates from available surveillance studies. The actual burden of AR is difficult to quantify in some regions of the world due to lack of personnel, equipment, and financial resources. That said, based on current data, AR is projected to cause millions of premature deaths by 2050, with an accumulated loss to the global economy of trillions of dollars.

The fortuitous discovery of penicillin by Fleming in 1928 heralded in the antibiotic era that revolutionised medicine and saved countless lives. Once physicians saw how effective these so-called “magic bullet” drugs were in their patients, they began prescribing antibiotics not only for bacterial infections, but also for minor ailments and viral infections. Unfortunately, successful treatment using the B-lactam antibiotic penicillin was short lived due to the spread of a plasmid-mediated enzyme penicillinase in Staphylococcus aureus. Even though penicillin-resistance spurred initiatives to develop additional B-lactam drugs, new classes of natural antibiotics, and semi-synthetic antimicrobials during the so-called “golden era” between 1960-2000, resistance occurred to these antibiotics as well. This comes as no surprise since antibiotics and AR genes have existed for thousands of years as microbes evolved. Archaeologists have found traces of the antibiotic tetracycline in the bones of ancient Sudanese Nubian skeletons as far back as 350-550 A.D.

Many susceptible bacteria are exposed to antibiotics that are produced-naturally by other bacteria and fungi. As part of evolution, these susceptible bacteria develop mechanisms of resistance based on the activity of resistance genes that overcome the action of antibiotics. Discovery of resistance genes have been found to be widespread in the environment, verifying the origin of these genes in reservoirs of soil bacteria that are intrinsically resistant to antibiotics, i.e., environmental resistomes. In 2012, multi-drug resistance (MDR) bacteria were isolated in the Lechuguilla Cave, an underground ecosystem within Carlsbad Cavern National Park in New Mexico (a UNESCO World Heritage Site) that dates back at least four million years ago. One of these isolates, Paenibacillus was found to be resistant to 18 frequently used antibiotics of last resort to treat superbugs, well before antibiotics were used for human, animal, and agricultural use. Although this discovery suggests that human overuse and misuse of antibiotics are not solely responsible for the emergence of AR, they no doubt contribute significantly to the antimicrobial resistant pandemic.

Overuse and misuse of antibiotics for human and animal consumption, poor infection prevention and control practices, large scale waste disposal by pharmaceuticals, and wastewater reservoir of resistance genes and organisms all contribute to the bioburden. In a point prevalence survey on healthcare associated infections in Europe, 35 per cent of hospitalised patients in 2011 were receiving antibiotics and according to one U.S. study in acute care hospitals, a mean of 59.3 per cent of all patients received at least one dose of an antimicrobial agent during their hospital stay. In affluent countries, excessive and unnecessary prescriptions occurred in the community, whereas in developing countries, excessive use was due to over-the-counter drugs and loose regulatory systems. In hospital settings, the intense and prolonged use of drugs is probably the main contributor to the emergence and spread of highly AR healthcare-acquired infections, whereas in the community, failure to complete antibiotic prescription supplies and self-medication appear to contribute to AR. Over 50 per cent of antibiotics have been reported to occur in food-producing animals and aquaculture for growth promotion and treatment of diseases. Although this practice has been banned in Europe since 2006, some countries continue this practice.

To date, there are more than 1,000 different B-lactamases. Genes encoding B-lactamases are termed bla followed by the name of the specific enzyme (e.g., blaKPC). Several Gram-negative bacteria carrying resistance genes that express one or more B-lactamases, are a major clinical threat due to their multi-drug resistance and rapid global spread. Compounding the problem, more than one mechanism of resistance may be responsible for antibiotic resistance in these organisms.

In 2008, the acronym “ESKAPE” pathogens (Enterococcus, Staphylococcus aureus, Klebsiella pneumoniae, Acinetobacter baumannii, Pseudomonas aeruginosa, Enterobacter spp or Escherichia coli) was proposed to highlight those pathogens that often escape the effects of antibiotics. Several of these organisms are on the WHO and CDC list of Critical Global Antimicrobial Resistant Threats. These organisms are increasingly multi-drug resistant (MDR), extensively-drug resistant (XDR) or pan-drug-resistant (PDR).

Three of the ESKAPE pathogens will be briefly discussed, i.e., S. aureus, K. pneumoniae and A. baumannii that display resistance due to mecA and blaNDM, respectively, as well as two emerging pathogens, mcr-1 in E. coli and the yeast, Candida.auris. By the 1960s, the first strains of methicillin-resistant S. aureus (MRSA) emerged and now are a common cause of both HAI and community-acquired infections (CAIs). In 2011 in the U.S. alone, MRSA was estimated to cause more than 80,000 invasive infections, only 14,000 occurring in the hospital. In Europe, several countries implemented national action plans to reduce the spread of MRSA in healthcare facilities. Based on data generated by the European Antimicrobial Resistance Surveillance Network between 2015-2018, many countries reported a significant decrease in MRSA although globally, MRSA remains a serious, high priority pathogen.

Klebsiella pneumoniae, a common intestinal bacteria that can cause life-threatening infections such as pneumonia and septicemia, is a global concern. Resistance mediated by extended-spectrum beta-lactamases (ESBLs) affects all penicillin’s, cephalosporins including third-generation cephalosporins, and aztreonam. Prevalence of ESBLs among clinical isolates varies from country to country and between institutions, ranging from <1.0 per cent to 42 per cent for some European isolates from patients in ICU. In institutions experiencing a high proportion of cephalosporin-resistance, treatment of severe K. pneumoniae infections usually relied on last-resort carbapenems until the first K. pneumoniae carrying a blaKPC gene encoding a carbapenemase enzyme, capable of hydrolyzing all B-lactams including carbapenems was identified in the U.S. in 1996. Since then, carbapenem-resistant (CR) K. pneumoniae rapidly emerged as the most common cause of carbapenem and multi-drug-resistant infections in Enterobacteriaceae (CRE) and other organisms worldwide. This can be attributed in part to international travel, patient-to-patient transmission, and interspecies horizontal transfer of KPC-resistant genes. Colonisation of CRE in the GI tract is important as a reservoir for dissemination in healthcare facilities and may precede infection. Multiple antibiotics or long-term treatment are risk factors for CRE. A known history of CRE carriage in the past 12 months prior to hospitalisation and epidemiological linkage to a person known to be a carrier should prompt pre-emptive isolation, active screening, and contact precautions.

In 2008, a novel blaNDM gene that encoded for a zinc-dependent, metallo-B-lactamase was detected in a Swedish patient infected with a carbapenem-multi-drug resistant K. pneumoniae organism. He was thought to acquire the infection in India, although the exact origin of this so-called plasmid-mediated, New Delhi metallo-B-lactamase resistance gene has not been confirmed. blaNDM has spread globally by horizontal gene transfer to other Gram-negative organisms including other ESKAPE organisms such as A. baumannii and E. coli, imparting resistance on these organisms to most antibiotics except tigecycline and colistin. Only a few therapeutic options remain for treatment of infections due to carbapenemase-resistant organisms, one being an old and rather toxic antibiotic, colistin. Infection control and interventions targeted to prevent dissemination of these almost untreatable pathogens are greatly needed.

Since the late 1980’s, carbapenem-resistant (CR) A. baumannii, has become increasingly prevalent worldwide and causes significant HAIs, raising serious concerns about the remaining and extremely limited antibiotic options for treatment. Carbapenem-resistance can result from the over-expression of OXA, IMP, VIM, SIM or, more recently, New Delhi Metallo-Beta-Lactamase (NDM)-type carbapenemases. Today, carbapenem-resistant A. baumannii appears to only be susceptible to colistin and tigecycline, although data supporting the efficacy of such tigecycline regimens is limited. Colistin-resistant isolates, now increasing worldwide, are thought to be mediated by modification of the bacterial cell membrane resulting in interference with the drug’s ability to bind bacterial targets.

Colistin has also been used as a last resort antibiotic for life-threatening infections in humans caused by numerous MDR members of the Enterobacteriaceae family. Since discovery in 2015 of plasmid-mediated resistance in E. coli due to a mobilised colistin resistance gene (mcr-1) in a pig in China, mcr genes have been detected in multiple members of the family Enterobacteriaceae including K. pneumoniae. Colistin has been used worldwide for prophylaxis or treatment in veterinary medicine to manage respiratory conditions, and as growth promoters in cattle herds in several countries. To date, there are at least nine known colistin-resistance mcr genes with worldwide distribution, mostly in animal and environmental samples and to a lesser extent, in human clinical samples.

Although the focus of this article has been on antibiotic resistance, we need not forget that multi-drug resistance can also occur in fungi. Candida auris is an emerging species of yeast that has become a serious global health threat characterised by colonisation of skin, persistence in the healthcare facilities, and antifungal resistance. C. auris first described in 2009 from a single isolate, has since been reported in more than 25 countries worldwide. Most isolates sent to CDC have been resistant to fluconazole, and up to one-third were resistant to amphotericin B, usually considered a last-resort treatment. Although most C. auris isolates are susceptible to echinocandins, resistance may develop while patients are on treatment. The mechanisms of Candida auris anti-fungal drug resistance are not well understood but may be due to ergosterol mutations or by an efflux pump. C. auris is also a significant public health issue because it is difficult to identify with standard laboratory methods that may lead to incorrect treatment, and it spreads easily in hospitals and long-term care facilities.

Are we headed to a post-antibiotic era? Over the past two to three decades, we have not only been confronted with an increase in multi-drug-resistant microorganisms (MDROs) causing serious and sometimes life-threatening infections but also with a significant decrease in the number of new antimicrobial agents to treat these infections. Fortunately, since 2014 several new antibiotics, most modifications of known antibiotic classes, have been approved due to the initiatives set forth by a global action plan.

In summary, antimicrobial resistance is a global issue that cannot be ignored. In order to understand the gravity of antimicrobial resistance, we need to address the reasons behind the dramatic increase in antimicrobial resistance and the consequences facing us, as well as potential solutions to the problem. In May 2015, the World Health Assembly endorsed a global action plan and a One Health approach to promote best practices by enhancing prevention and control of infections, avoiding emergence and spread of antibiotic resistance by optimal use of antibiotics in humans and animals, investing in research and development of new antimicrobials, classes of drugs, and vaccines, delinking payments for antibiotics from the volume used and if not compliant, institute a pay or play policy requiring pharmaceutical companies to pay a charge if they do not have active antibiotic R&D programme, and investing in research and development of diagnostic laboratory tools, e.g., rapid point-of-care tools, for optimal patient management.