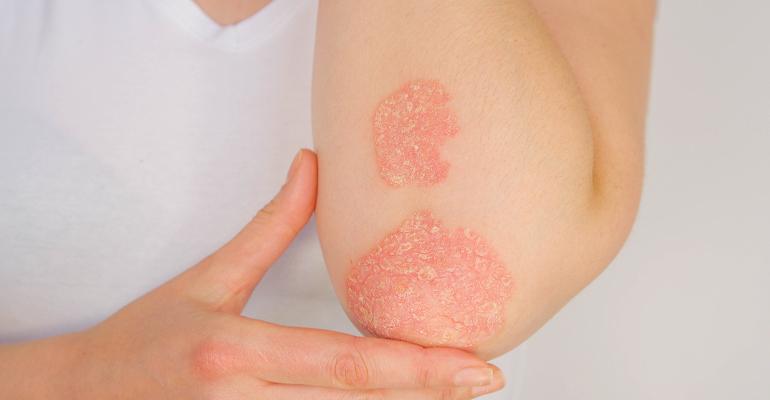 On World Psoriasis Day, we take a look at some of the major issues psoriasis can cause including cardiovascular disease and arthritis

More than 125 million psoriasis patients worldwide can now keep their autoimmune skin disease under control, thanks to rapid advancements in medical treatments, says an expert from Cleveland Clinic.

Dr Anthony Fernandez, M.D., Ph.D., Director of Medical and Inpatient Dermatology at Cleveland Clinic said: “Psoriasis is one of the more common but misunderstood autoimmune diseases. While the skin disorder is not contagious, moderate to severe cases are associated with systemic inflammation that can trigger major damage to internal organs, joints, and decrease lifespan if left untreated. However, with recent advancements, almost all patients can now keep their psoriasis under control – from topical ointments on fingers to biologic therapies for full-body psoriasis.”

Psoriasis is a commonplace skin disorder of thick and itchy patches and plaques of skin with silvery scales, afflicting more than 8 million Americans, according to the National Psoriasis Foundation, and 125 million people worldwide, according to the International Federation of Psoriasis Associations.

There is no one way to prevent psoriasis – the causes are likely genetic with an external trigger such as cuts, stress, strep infections, or medications for blood pressure or anti-malarials. Still, experts advise patients to maintain a healthy lifestyle and to avoid risk factors such as smoking or obesity.

“Psoriasis is a disease of chronic inflammation, which can also have effects throughout the entire vascular system potentially leading to cardiovascular disease, inflammatory bowel disease, and inflammatory arthritis,” added Dr. Fernandez. “While people in their 20s are the most common age group for psoriasis, seniors should be on the lookout for rashes and joint pain that could be symptoms of psoriasis or psoriatic arthritis. One-third of psoriasis patients will eventually develop psoriatic arthritis -- which could permanent destroy joints if not treated properly.”

Many patients may have only mild disease, which can often be treated by seeing a dermatologist who can recommend topical medications such as steroids, moisturizers, or coal tar.

However, at Cleveland Clinic, a large percentage of their psoriasis patients have moderate to severe psoriasis – defined as more than “three palms” of the scaly rash.

Moderate to severe psoriasis can be treated with phototherapy using ultraviolet light B (UVB), Vitamin A-related drugs called retinoids, methotrexate that can also treat arthritis, and the immunosuppressant cyclosporine. Cleveland Clinic physicians are seeing most moderate to severe cases come under adequate control within three months – and significantly improving quality of life for patients.

Breakthrough advancements in medical research have driven the development of new treatments such as TNF inhibitors, other injectable biologic therapies, and small molecule immune-modulating pills.

“Biologic medications have revolutionized our ability to adequately control moderate to severe psoriasis.  Currently, medical researchers are trying to identify blood markers that could predict the likelihood that patients with psoriasis will develop psoriatic arthritis and identifying the immunologic cells of origin in psoriasis whose destruction could one day lead to a cure for psoriasis,” concluded Dr. Fernandez. “While we’re in the very early stages of this research, I’m hopeful that further advancements will lead to even better treatments, and possibly a cure in the coming decades.”