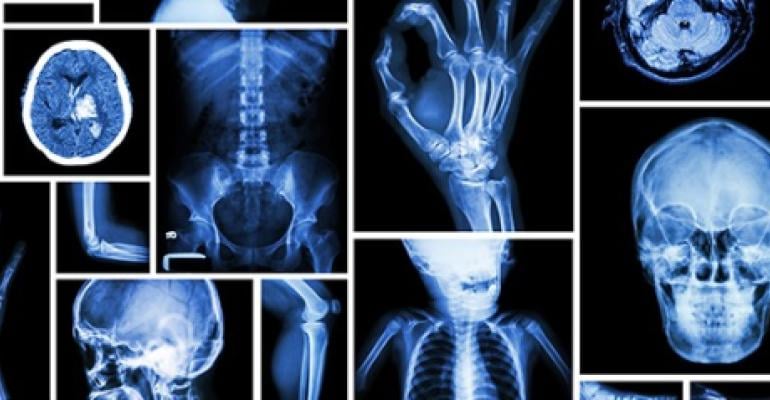 Radiology is amongst one of the younger branches of medicine with a history of just over a century. Nevertheless, it has plenty to celebrate - and has revolutionised the way medicine is practiced today.

It all began more than 120 years ago on 8th November 1895 in Wurzburg, Germany. At the Physical Institute of the University of Würzburg, now the University of Applied Sciences Würzburg, Prof Wilhelm Conrad Röntgen (1845-1923) who was working with cathode ray tubes discovered a new type of rays that caused a fluorescent glow in crystals on an adjacent table.

For the next six weeks, he worked all alone cancelling all his other assignments to study this phenomenon. He called these unknown rays as "X- rays". Röntgen observed that these rays could pass through many objects including human tissues but not metal and bone. One of the first films obtained using X-rays was that of the hand of Röntgen's wife Bertha, who later remarked that she had a vague premonition of death after looking at the image of her bones seen through flesh. After completing his experiments with these new rays and documenting its basic properties, Prof Röntgen submitted his findings in a paper to the Physical Medical Society in Wurzburg and remarked: "Now, all hell can break loose."

Röntgen's prediction indeed came true and both the scientific community and media took a fancy to these new rays. Many scientists changed their research interests to study X-rays further. On the other hand, a few notable physicists in Europe doubted the existence of X-rays. Once the scientific community was convinced of its properties and with the German Physics Society affirming the experiments, the news soon spread wide and fast.

Dr Henry Cattell, an American anatomist found applications of these rays in kidney stones and liver cirrhosis. He commented: “The surgical imagination can pleasurably lose itself in devising endless applications of this wonderful process.” Many other newspapers and magazines soon started reporting about this new magical discovery. X-rays became part of popular culture with people from all walks of life including artists evincing keen interest. It was then thought that X-rays had supernatural power to see through things. A few enterprising businessmen cashed in on the people’s anxiety and fear to market absurd products such as X-ray proof undergarments. As a value-added customer service, shoe shops in America began to use X-rays as a shoe-fitting aid. During the early decades of the 20th century, many people thought that X-rays could be used to detect human thoughts! Probably this is how the term ‘X-ray vision’ to denote someone having foresight and acumen came into use.

Soon by 1897, however, the harmful effects of X-rays such as hair loss and skin burns came to be recognised. But the X-ray euphoria continued for a few more decades. Many scientists and physicians lost their lives studying ionizing radiation and inadvertently getting exposed to these rays for prolonged periods. These radiation martyrs have contributed tremendously in the knowledge of X-rays and its effects. In later years the adverse effects were studied and protection devices were introduced. With improvement in technology, currently X-rays are very safe for diagnostic use when used appropriately.

As the scientific community continued the experiments with these rays, the medical community started using X-rays in clinical practice. One of the first uses reported was for the diagnosis of bone sarcoma in the leg of a young German boy and detections of bullets in the arms of wounded soldiers in Italy in early 1896. Later, in the first decade of the 20th century, the gastrointestinal system was studied using Bismuth as radio-opaque dye. This was further refined using barium compounds which revolutionised the practice of digestive system medicine for a very long time until in the last couple of decades when endoscopy came into practice.

Initially, X-rays were used only to detect dense structures such as foreign bodies and stones and in evaluation of bones. With improvement in X-ray equipment, soft tissues such as breast began to be imaged using X-rays. Thus, mammography originated which is now an indispensable tool in screening for breast cancer.

The radio opaque dyes or contrast media, as they are appropriately called were initially used to study the digestive system. The development of intra vascular contrast media was a major game changer in the field of diagnostic radiology. This led to the use of X-rays in evaluation of the urinary system and blood vessels in different parts of the human body. Thus, a huge new field of angiography was born. Further evolution in this field led to the growth of catheter-based interventions. Stenting to dilate a diseased artery and embolization or blocking of a bleeding vessel are part of this field. This minimally invasive way to diagnose and treat pathologies is called interventional radiology and is applied in both vascular and many non-vascular body parts.

Another big development in the field of radiology was the use of X-rays and other rays in treatment of cancers. This field is called as radio therapy or radiation oncology whose origin can be ascribed to the discovery of X-rays by Röntgen. Another closely related branch and an off shoot of radiology is Nuclear Medicine which uses radio pharmaceuticals to image and get functional information from human body. In recent years, the lines are getting blurred between these two specialities with the trend of fusion imaging such as PET-CT scanner.

In the second half of the 20th century, particularly in the last three decades, there has been a paradigm shift in the practice of radiology with the advent of Ultrasound, Computed Tomography (CT) and Magnetic Resonance Imaging (MRI) in clinical practice.

Ultrasound was a known scientific fact for many years before its first clinical use in 1970s. It is a safe medical imaging tool without the use of ionising radiation that images almost the whole body and also the foetus in a mother’s womb. The latter use is one of the most important application of ultrasound or sonography. One of the key advantages of ultrasound is that it can be used at patient’s bed side.

The CT scan also came into clinical use during the 1970s in the UK. It was initially dedicated to head imaging only but with improvements in technology, imaging services for “whole body systems” became available. The CT scan uses X rays to create cross-sectional images of the body. One of the chief advantages of CT scan is its speed with the new generation scanners imaging large body parts in just few seconds.

Magnetic Resonance Imaging (MRI) came into wide clinical use in the 1980s. It is an advanced imaging modality with excellent resolution of different structures in the body and does not use potentially harmful ionising radiation.

This sums up, in short, the discovery of X-rays, its initial turbulent but eventful years and later growth of radiology as an important medical branch. The various imaging modalities are now central to patient care and have become so routine in modern clinical practice that now we cannot imagine a hospital without a radiology department. 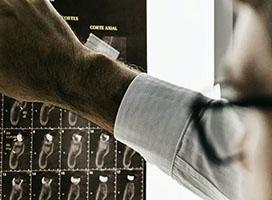