HomeLaboratoryPoint-of-Care Diagnostic Testing: Empowering the Clinicians
Recent
Can healthcare robots answer physical and emotional needs?
May 27, 2022
The deadly case of the Therac-25: a warning for medical AI
May 26, 2022
Innovation vital in the evolution of clinical trials
May 25, 2022
Emerging cases of monkeypox investigated
May 24, 2022
POLL
The essentials of personalised healthcare in low-budget regions
May 23, 2022
The Florida International Medical Expo gears up for landmark 2022 event
May 23, 2022
AI, big data, VR and blockchain expected to power patient-centric applications
May 20, 2022
Dubai Hospital launches ‘Da Vinci Xi’ surgical robot to perform robotic-assisted minimally invasive surgeries
May 19, 2022 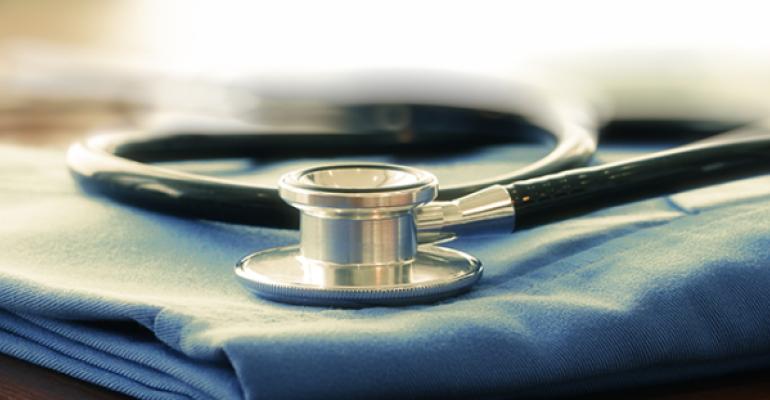 Point-of-care (POC) testing, otherwise known as near-patient testing or remote testing, is a quick and convenient way to test a patient outside of a laboratory – be it in a GP’s clinic, an ambulance, the home, the field, or in the hospital. According to the National Institutes of Health (NIH) in the United States (US), the largest biomedical research agency in the world, POC testing results in care that is timely, and allows rapid treatment to the patient. The NIH believes that “empowering clinicians to make decisions at the “point-of-care” has the potential to significantly impact healthcare delivery and to address the challenges of health disparities” and that the ongoing development of portable diagnostic and monitoring devices for POC testing could result in “the success of a potential shift from curative medicine, to predictive, personalised, and preemptive medicine”.

The latest report from Markets & Markets estimates that the global point-of-care diagnostics market is expected to reach $36.96 billion by 2021, at CAGR of 9.8% from 2016 to 2021. The report identifies key factors such as the prevalence of lifestyle and infectious diseases and the increasing inclination toward home healthcare across the globe as driving the growth of the POC diagnostics market, globally. In addition, private investments and venture funding towards the development of new products along with the growing government support to increase the adoption of POC devices are boosting market growth. On the other hand, the report finds that reluctance among patients to change existing treatment practices is one of the key factors hampering the growth of the point-of-care diagnostics market.

In years gone by, healthcare was delivered through home visits by doctors until medical discoveries allowed care to shift to the hospital setting. This was essentially the earliest form of POC testing. It wasn’t until centralised laboratories became commonplace and samples were analysed using automated systems that making the right diagnosis became more efficient. Eventually, POC testing was introduced in hospitals or doctor’s offices for simple testing, such as pregnancy tests.

Today, prevention and early detection of disease is a central focus for caregivers. The concern is all about how to deliver optimal care, quickly and efficiently. POC testing using portable devices, instruments, and scans enable non-clinical staff to screen, diagnose and manage many of the communicable and non-communicable diseases around today. The development of sensors and low-cost imaging systems provide rapid analysis of blood samples and scans that can be immediately reported on for quick diagnosis.

The future of POC testing lies in the personalisation of medicine. Wireless technology, the Internet of Things (IoT) and big data will not only allow patients to take more control of their own healthcare, but it will hugely improve the way information is transmitted and interpreted making healthcare delivery more efficient, precise and ultimately, more affordable.

In a recent study on POC testing for diabetes, there is new evidence that HbA1c may be the most effective method to identify patients with undiagnosed prediabetes and diabetes, and point-of-care testing further enhances that screening ability in primary-care settings. The new research, which was conducted by Heather P Whitley, PharmD, of Auburn University Harrison School of Pharmacy, Montgomery, Alabama, and colleagues, and published findings in the Annals of Family Medicine, suggests that the data suggest that HbA1c is a better test than is a fasting blood glucose because postmeal glucose spikes happen sooner in the course of developing type 2 diabetes than does a high fasting.

This prospective longitudinal study compares diabetes screenings between standard practices vs systematically offered point-of-care (POC) hemoglobin A1c (HbA1c) tests in patients aged 45 years or older. Systematically screened participants (n = 164) identified 63% (n = 104) with unknown hyperglycemia and 53% (n = 88) in prediabetes. The standard practice (n = 324) screened 22% (n = 73), most commonly by blood glucose (96%); 8% (n = 6) and 33% (n = 24) were found to have diabetes and prediabetes, respectively. The association between screening outcome and screening method was statistically significant (P = 0.005) in favour of HbA1c. HbA1c may be the most effective method to identify patients unknowingly living in hyperglycemia. Point-of-care tests further facilitate screening evaluation in a timely and feasible fashion.

According to findings from a National Heart, Lung, and Blood Institute Working Group in the US, POC testing has tremendous potential to advance precision cardiovascular (CV) care. The prevention and management of cardiovascular disease increasingly demands effective diagnostic testing.

For example, for patients presenting with chest pain, the working group found that in ambulances and emergency rooms, POC testing can improve the efficiency of care by enabling rapid assessment and triage of patients with chest discomfort. Cardiac troponin (cTn), a highly sensitive and specific biomarker of myocardial injury, guides triage and management of patients presenting with symptoms suggestive of acute coronary syndrome. ERs already use commercial POC cTn assays, but parallel efforts are exploring whether central laboratory cTn assays can perform serial measurements at progressively shorter intervals to discriminate cardiac from noncardiac causes of chest discomfort and enable rapid patient triage. Historically, stable serial measurements of cTn taken at 6- to 12-h intervals served to “rule out” cardiac injury. More recently, high-sensitivity cTn assays, available only in the central laboratory, permit exclusion of clinically important myocardial injury with high confidence at initial sampling as well as after only 2 serial measurements performed at 1- to 2-h intervals. POC devices that can match this performance without sending samples to a central laboratory may become mainstream frontline CV diagnostics.

In a paper titled “Point-of-Care Testing in Liver Disease and Liver Surgery” by Lasitha Abeysundara et. al., published in Seminars in Thrombosis and Hemostasis, the authors looked at the role of POC tests in the management of liver disease.The alterations in coagulation and hemostasis that accompany liver disease are complex, and while patients with this disease have traditionally been perceived as having a bleeding diathesis, it is now understood that in stable patients hemostasis is "re-balanced." Hepatic surgery, and particularly liver transplantation, can be associated with large fluid shifts, massive bleeding, and coagulopathy, as well as postoperative thrombosis. The authors found that POC tests of coagulation facilitate goal-directed treatments and hemostatic monitoring in dynamic environments where the coagulation status can alter rapidly and often unpredictably. POC tests reflect more accurately the re-balanced hemostatic system than do conventional coagulation tests (CCTs). Viscoelastic POCT-guided transfusion algorithms permit a reduction in blood product administration and are a key component of patient blood management programmes. Moreover, viscoelastic POC tests are better able to identify patients with hypercoagulability than CCTs. With thrombosis increasingly recognised to be a problem in patients with liver disease, the authorities believe that POC tests hold promise for both individualised bleeding and thrombosis management.

Whose data is it anyway?

The ethical and regulatory issues surround POC testing remain under consideration across the world as decentralisation of diagnostic testing brings up new issues.The Food and Drug Administration (FDA), in its role as overseeing regulation, has provided related guidance such as the “regulatory oversight framework for laboratory developed tests” and the “mobile medical application policy”. Because POC devices are mobile, the protection of health information of patients also remains an issue. Who gets to benefit from the huge amout of data collected? There are multiple players involved – manufacturers, management providers, the practitioners, even the patients themselves – and sensitive patient data must be protected.

The boom in POC testing today is mostly being driven by wearable microsensors and lab-on-a-chip technology. The impact of these technological advancements will be mostly be seen in low-income countries where healthcare infrastructure is weak and there is a clear lack of lab-based testing available. However, today the US dominates the market in terms of the volume of testing outside the laboratory setting, with Middle East and Africa (MEA) and Asia-Pacific (APAC) regions emerging as potential areas for growth.