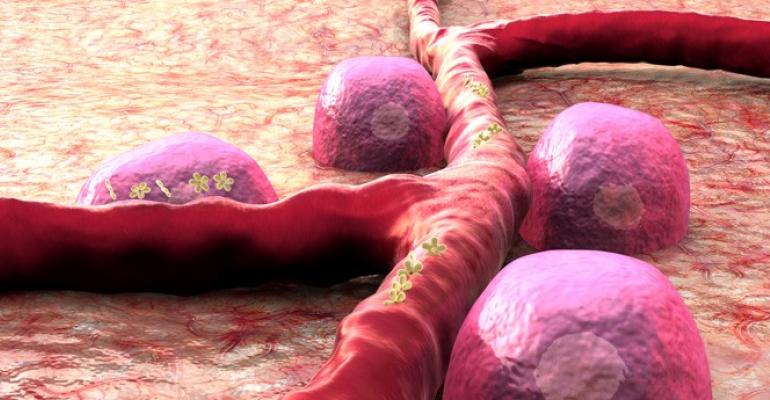 It has been recognized that beta-cell dysfunction and progressive beta-cell loss is a key pathophysiologic factor in type 2 diabetes.

Indeed, there has been a call for a beta-cell centric approach to classifying diabetes. At a research symposium “The Differentiation of

Diabetes by Pathophysiology, Natural History and Prognosis” convened by the American Diabetes Association, JDRF, the European Association for the Study of Diabetes, and the American Association of Clinical Endocrinologists in October 2015, it was concluded by strong consensus that the primary defect resulting in hyperglycaemia is insufficient beta-cell number and/or beta-cell function, and that biomarkers and imaging tools are needed to assess beta-cell mass and loss of functional mass and to monitor progression and response to therapeutic interventions.

In research settings, methods for assessing beta-cell secretory function include the hyperglycaemic clamp, and intravenous or oral glucose tolerance tests with application of minimal models. These protocols are labour intensive to perform or technically challenging, and are thus not practical to carry out in routine clinical practice.

Measuring C-peptide following stimulation may be advantageous in the assessment of beta cell function. The concurrent measurement of glucose would allow the exclusion of hypoglycaemia, while a glucose of >8 mmol/L could be considered a stimulated value. While it has been proposed that C-peptide results are corrected for concurrent glucose measurements, with better correlation with beta cell mass and glucose intolerance after islet transplantation, the interpretation of the ratio may be difficult due to limited published data. To distinguish subjects unlikely to achieve glycaemic control with non-insulin therapies, cut-offs of <0.25 nmol/L for fasting and <0.6 nmol/L for non-fasting (random) C-peptide have been suggested.

A popular and easy method of assessing beta cell function that takes into account both insulin secretion indices and glucose readings is the HOMA-β, derived from basal measurements of insulin and glucose. The use of C-peptide instead of insulin in HOMA- β further avoids the confounding effect of hepatic insulin extraction.

The computer model for calculating HOMA- β can be downloaded online*, and was updated to account for insulin resistance and to allow for an increase in insulin secretion when glucose is ≥ 10 mmol/L. The computer model can be used to determine insulin sensitivity (%S) and β -cell function (%B) from paired fasting plasma glucose and RIA insulin, specific insulin, or C-peptide concentrations, and can be used for populations and individuals, although in individuals, the average of triplicate readings are recommended to improve the coefficient of variation. In individuals, HOMA can be used to identify whether insulin resistance or beta cell failure is predominant or to track changes in insulin sensitivity and beta-cell function longitudinally.

In addition, HOMA- β should be interpreted together with the HOMA-IR/%S since the model apportions the basal state of insulin and glucose in terms of resistance and β-cell function. Thus, an individual with improved insulin sensitivity over time may have an appropriate reduction in HOMA- %β, and this would not reflect failing beta cell function.

Even simpler than HOMA-β would be the expression of C-peptide/glucose.

A close correlation with fractional beta-cell area was found with fasting and post-oral glucose insulin/glucose and C-peptide/glucose ratio in a study of 33 patients undergoing pancreatic surgery. In contrast, HOMA- β was not able to predict beta-cell area in this study. The C-peptide /glucose ratio after oral glucose ingestion gave the best estimation of beta-cell area in this study. However, it should be noted that this study was carried out in individuals who were undergoing pancreatic surgery for various underlying pancreatic disorders such as chronic pancreatitis, and were thus different from typical patients with type 2 diabetes.

Among Japanese patients with type 2 diabetes, it was found that the post-prandial (2 hours after breakfast) C-peptide to glucose ratio (C-peptide in ng/ml / Glucose in mg/dL x 100) was well-correlated with fasting values, but performed better than the fasting indices in predicting insulin therapy, with specificity of 80.5% and sensitivity of 61.0% using a cut-off value of 1.53.

In a study of Korean patients with newly diagnosed type 2 diabetes, it was found again that the post-prandial (90-minutes after standardized liquid meal of Ensure) C-peptide/glucose ratio was well correlated with other indices of beta cell function such as HOMA-β, insulinogenic index [(insulin 90min – insulin 0 min)/(glucose 90 min – glucose 0 min)] and index for C-peptide [(C-peptide 90 min – C-peptide 0 min)/(glucose 90 min – glucose 0 min)], and showed a stronger correlation with HOMA- β than post-prandial C-peptide alone. The post-prandial C-peptide/glucose ratio also showed a stronger correlation with indices of glycaemic control (HbA1c and glycated albumin) than HOMA- β.

The C-peptide/glucose ratio, particularly in the postprandial state, thus shows potential to assist in the prediction of treatment choices, correlated well with more complex dynamic tests and may be able to reflect beta cell mass.

The assessment of beta-cell function remains challenging both in clinical practice and in the research setting. There continue to be significant knowledge gaps in the clinical application of various indices of beta-cell function, for example, if these can be used to guide treatment choices or prognosticate outcomes.

The current clinical utility of various measurements of beta-cell function may be in assisting classification of diabetes, choosing appropriate therapies and for longitudinal follow-up.