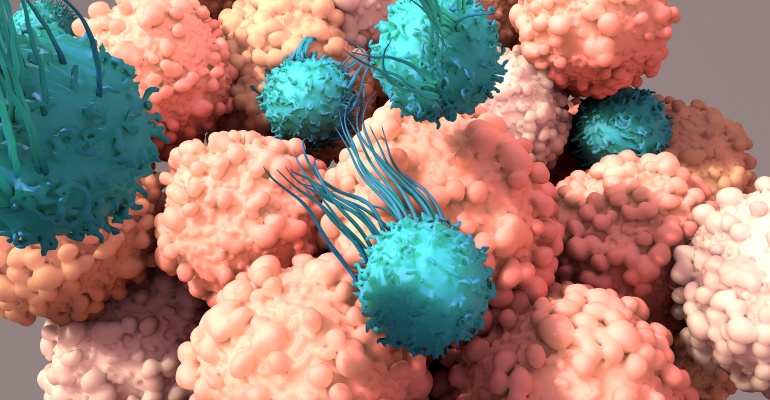 Researchers have been utilising 3D cell culture for a long time, with early adoption and current key roles in cancer and stem cell research. Indeed, traditional toxicology testing programs have existed for many years, and in vitro testing techniques have been developed over the past 20 years due to scientific research and animal welfare initiatives.

Significant growth in the biopharmaceutical industry is driving unexpected innovation and demand for cell culture products for drug discovery and safety testing. Although 2D cell cultures have been used in labs since the 1950s, the market for 3D cultures, which more precisely simulate human tissue in vivo without using animal test subjects, has grown dramatically over the past ten years.

Rising R&D expenditures for many products, including antibodies and vaccines, soaring biopharmaceutical production, and an increase in cancer and liver-related problems will all contribute to the growth of this market. The market for 3D cell culture will continue to grow soon due to rising rates, improved consumer healthcare access in the US, and emerging markets like China and India.

3D cell culture has been used for decades, and it has evolved from being disorganised, labourious, and expensive to becoming more organised, thanks to a wide range of commercial tools. Already, the technology has enabled a ground-breaking understanding of tissue and cancer behaviour.

Positive signs for future adoption and growth rates, such as the emergence of common practices that map particular supplier technologies to particular applications, give hope for optimism about a coordinated market environment that is less competitive than the previous free-for-all applications. This includes the continued coexistence of 3D and 2D in most research application areas. This is partly due to the dynamics of change and researchers' opinions on the usefulness of contrasting 3D and 2D results for fundamental insights.

Technology requirements will most likely be at the organotypic level of sophistication, which may conflict with demands for reproducibility, cost, and throughput.

An expanding range of applications will contribute to the volume increases needed to support anticipated significant growth.

3D systems have long been used in cancer research for safety, efficacy testing, and fundamental research. The efficacy role will probably continue to expand due to several unmet needs, and it may apply its experience to other therapeutic fields, particularly in applications involving precision medicine.

Both low-throughput and high-throughput versions of 3D cancer co-culture models have been created, but only cancer cells combined with one other cell type (for example, fibroblasts) have been incorporated into models suitable for high-throughput screening of new compounds. Industry leaders anticipate the creation of 3D tumour panels for a variety of cancer indications in the future.

Animals and 2D monolayers, in which cells only grow on a flat surface, are both insufficient models for studying metastases. Researchers only have a basic understanding of how they form. To spread throughout the body, tumour cells change the surface markers on their cells. They are attached to a specific region of the body by the molecules. The circulatory system allows cancer cells to spread freely throughout the body before expressing their original surface markers and settling elsewhere. Using 3D lung tissue, it is possible to examine metastases for the first time.

Monitoring tumour recurrence is made possible by 3D cultures' ability to survive for longer periods.

To date, personalised medicine based on patient-derived cells has mostly been limited to low-throughput preclinical testing. Oncotest and Champions Oncology, for example, have developed 3D assays based on indirect patient-derived samples, which have been expanded through the use of mouse xenograft models. Although 3D culture is expected to improve and play a larger role, developing standards to allow use in drug-screening programs remains a significant challenge.

Understanding liver function and dysfunction caused by toxins or drug-induced liver injury require 3D cell culture. The advantage of 3D over 2D in the liver is substantial, and adoption is expected to increase significantly over the next three to seven years. The unmet need left by 2D technology is met by 3D technology, and there is a growing likelihood that regulatory support will coalesce around a specific role for 3D in drug safety testing for liver toxicity and drug-induced liver injury (DILI).

This adoption will occur in sub-segments like so-called slow-release (compound metabolism) indications. There must be a significant advancement in creating critical standards and best practices in many areas.

One intriguing possibility is that the liver's extreme complexity will drive increased integration of various -omics approaches and cell culture and analysis. This will necessitate continued innovation on the part of the 3D community. Proteomics lab directors have noted challenges with cell extraction from scaffold or gel, as it frequently only yields the denatured supernate for analysis. Additionally, many biochemical changes under investigation occur over extremely small time windows and are, therefore, simple to overlook.

Existing related technology needs to be further integrated. A single chip can run thousands of experiments concurrently, maximizing the use of genomic analysis applications. However, attempts to adapt the chip format to protein arrays have largely failed to succeed in the market.

The Luminex xMAP technology, which can measure up to 100 different analytes per well, has been widely adopted by customers who want multiplexing capability for proteins. In this area, MesoScale Discovery also has some intriguing technology. The interactome, or million protein-protein interactions, is also being studied under the new paradigm in addition to the structure and function of all the translated products (i.e., proteins) of the human genome's genes.

In the beginning, 3D cell culture is anticipated to aid in testing stem cell-derived therapies in regenerative medicine. Although it is undefined, it is expected to proceed similarly to how biologics are tested during process development. The 3D field will be informed and prepared for the following therapeutic applications due to the experiences gained through these biologics research applications. Stem cell researchers have long used 3D cell culture, and it is anticipated that this trend will continue and eventually lead to therapeutic applications.

Both allogenic and autologous models are used to produce stem cells for therapeutic purposes. One batch of cells treats numerous patients in an allogenic therapy. This strategy reflects the conventional pharmaceutical business model, which is typically simpler to implement, scale up, and automate and is probably less expensive.

The inter-donor variability of source material poses a difficult challenge in autologous cell therapy. The future production platform will need a lot of process flexibility to account for the specific constraints of different cell populations. The inherent variability between different batches and technicians performing the same actions of a multistep process cannot be eliminated by even the best standard operating procedures (SOPs). These elements inevitably multiply across environmental parameters.

The drug product is the subject of characterisation and testing during drug development. The process is essentially the result of the creation of biologics. The process must be continuously assessed from initial clone selection through cell culture and media optimisation, scale-up, and manufacturing. Developers must consider the unique adherence traits of the cell type and the particular construction or clone they have chosen, in addition to the cell type itself. They must also take into account the surface of each culture technique used and the characteristics of the final product, making distinctions between techniques used for manufacturing and process development as well as between seed expansion and final bioreactor culture.

The biological development of monoclonal antibodies has used 3D tumour microtissues to examine the kinetics of tissue penetration. This field is one of the important ones to watch as biologics for cancer is rapidly developing.

There is little doubt that prolonged passage of cells as monolayers can impair their capacity to react to outside stimuli. Cancer cell lines that have been put back into a 3D environment and partially restored their original cancer phenotype serve as a 3D illustration of this. New and existing cell lines will continue to be characterised in large part by 3D culture.

Critical obstacles for 3D cell cultures involve assay validation, correlation to previous 2D culture results, analytic methods like proteomics, and automation. This is in contrast to the optimism of these exciting possibilities. Basic issues include the inability to scale a single 3D format up or down and the poor reproducibility between batches of biomimetic scaffolds.

The lack of fundamental data to bridge the gap between 2D and 3D, compatible detection and readouts, and unmet needs in basic technology are seen as the main causes of this by innovators.

The use of organoid models, artificial environments that grow small tissue samples using stem cells, is one of the most promising applications for 3D cell culture technology. Their use might result in significant purchases within the industry, but the real opportunity lies in the specialisation of many organoid models to a given task. For instance, the organ-on-a-chip paradigm involves growing organoids on electronic chips and enables researchers to monitor the electrical activity of cardiac cell cultures in real-time.

Personalised medicine would become much more attainable if doctors could grow a wide range of cell types from harvested stem cells using organoid models. In addition to being able to grow transplantable cells and tissues, doctors can test a wide range of medications for side effects before prescribing them to patients.

These potential shifts in the medical field portend a sharp upswing in the market for 3D cell culture. Although tools for pure research can be very profitable on their own, their applications in actual patient care have the potential to generate astronomical sales volumes. Testing any significant new drug option on cells first, before exposing the entire body, may become standard procedure if the impact on patient outcomes is significant enough.

Amritesh Suman is a research analyst with Strategic Market Research. He writes on healthcare technology including POC diagnostics, digital therapeutics, mhealth and others.