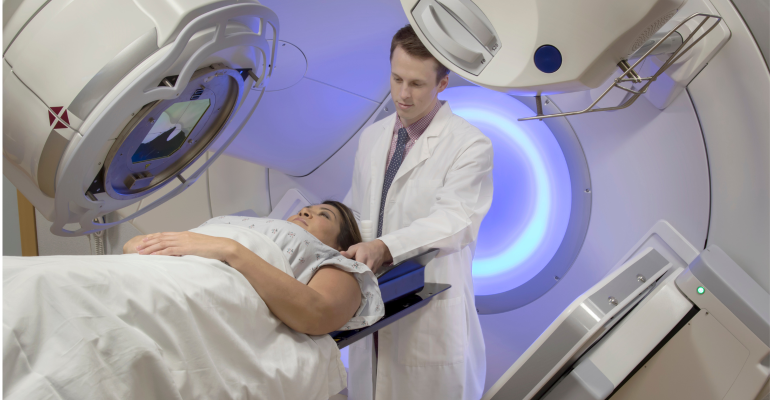 The progress in managing blood cancer, specifically lymphoma, has raised optimism in the medical community. Read on to know how.

Cancer remains a major public health and economic burden on patients, families, and healthcare systems. But breakthrough advances in cancer biology in the last two decades have dramatically changed our understanding of its pathogenesis and, consequently, our strategies to beat it.

The progress in managing blood cancers, specifically lymphoma, has raised optimism in the medical community. Lymphomas are a diverse group of cancers that affect the lymphatic system and are one of the most common malignancies worldwide and in Saudi Arabia. They are histologically categorized into Hodgkin's lymphoma and non- Hodgkin's lymphoma (NHL), where each category has many subtypes.

Related: Pregnancy-associated breast cancer: How common is it?

Until the late 1990s, all we had in our battle against cancer were conventional treatment methods with surgery, radiation, and chemotherapy. With the more advanced medical tools at our disposal, drug development and discovery have shifted toward personalised cancer treatment with molecular and immunological targeted agents.

The introduction of anti-CD19 CAR T-cell therapies to the market has given new hope to patients with refractory and relapsed aggressive B-cell lymphomas who progressed despite multiple prior treatments. This represents a paradigm shift in NHL treatment, where it induced an impressive response rate of 82 per cent in ZUMA-1 study with a five-year overall survival rate of 43 per cent and a 63.1-month median follow up. This encouraged the medical community to explore other ways to optimise the clinical impact of CAR-T cell therapy by studying how to integrate it with allogeneic hematopoietic stem cell transplantation or checkpoint blockade in the future.

More promising new innovative cellular therapeutics are on the future horizon for cancer patients, such as "off-the-shelf" or allogeneic CAR-T cell and CAR natural killer cell-based immunotherapy. This type of treatment may eventually replace conventional chemotherapy, which is the standard of care for patients with advanced stage Diffuse Large B Cell Lymphoma (DLBCL) for the past 20 years. While the addition of rituximab to CHOP (cyclophosphamide, doxorubicin, vincristine, and prednisone) in 2010 has shown significant benefit over CHOP in all categories of older patients, only about two-thirds of patients are typically cured with R-CHOP in the first-line setting. Many clinical trials over the past years have evaluated different ways to improve R-CHOP outcomes with no luck.

Furthermore, there is a huge unmet need for effective treatment options in refractory and relapsed DLBCL. The prognosis of these patients is generally poor, where only 30 per cent to 40 per cent of patients will respond to chemotherapy.

Additionally, the safety of intense chemotherapy regimens for the treatment of NHL is a significant concern, especially in older, frail patients with other comorbidities. This becomes a challenge, as we know that survival of lymphoma patients is correlated with achievement of complete remission; hence, dose reductions could compromise the treatment outcomes. A recent challenge we have been facing regionally and globally is the shortage of essential conventional chemotherapy agents. This has led to treatment delays or treating urgent cases with suboptimal alternative chemotherapy regimens.

Any progress in diagnosing and treating lymphoma is welcome news in Saudi Arabia, where NHL is ranked as the second most common cancer type in Saudi men and fifth among Saudi women (Source: Saudi Cancer Registry, 2016). The median age of diagnosis is 50 years in males compared to 57 years in females, which is remarkably younger than the reported median age of diagnosis in the U.S.

Diffuse Large B Cell Lymphoma is the most common subtype of NHL, where it accounts for half of NHL cases in both genders among the Saudi population. More than 40 per cent of DLBCL cases present with an advanced-disease stage, which is associated with a lower survival rate. This delay in seeking medical attention could be explained by the lack of public awareness about the disease, especially since the clinical presentation includes unspecific symptoms, in addition to the absence of effective screening methods for early detection.

An important note to consider is that the local literature reporting lymphoma in Saudi Arabia is limited, as the reported data may not represent lymphoma epidemiology in the Kingdom. More data are needed, especially from peripheral hospitals.

Cancer management is complex, and various medical professionals play a critical role in the overall patient journey. As pharmacists, our responsibilities in CAR-T cell therapy programmes include policy development, clinical assessment of bridging and lymphodepleting chemotherapy, toxicity management, and patient and staff education. Pharmacists with an experience in cellular therapy are highly needed in clinical practice, as this treatment modality continues to evolve to effectively treat incurable haematologic malignancies and potentially even solid tumours.

Our contributions support Saudi Vision 2030, which envisions the Kingdom emerging as a top healthcare destination. The country's goal is to have pioneer healthcare services by allowing patients to access emerging innovative treatment modalities for different diseases.