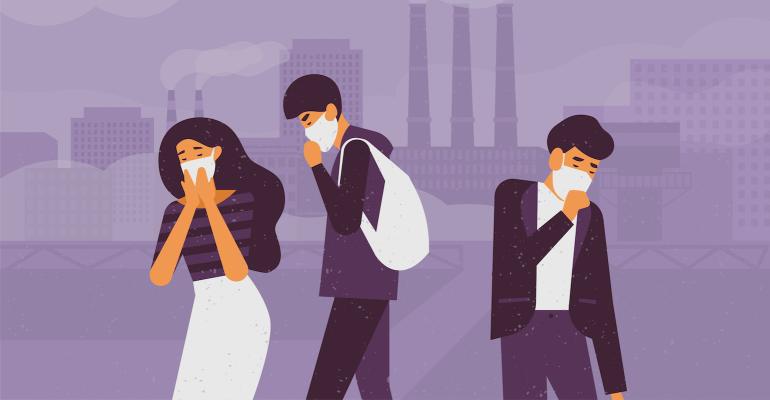 World Health Day, celebrated to mark the foundation of the World Health Organization (WHO), has as this year’s theme the need to keep humans and the planet healthy through creating societies focused on wellbeing.

The WHO estimates that more than 13 million deaths worldwide are the result of avoidable environmental causes – including air pollution. Over 90 per cent of people worldwide breathes air that exceeds WHO air quality limits, while one-third of deaths from stroke, lung cancer and heart disease are due to air pollution.

According to Dr Julio Gomez-Seco, Consultant Pulmonologist and Sleep Respiratory Medicine at Fakeeh University Hospital, UAE, breathing in polluted air can damage cardiovascular and respiratory systems by causing inflammation to upper and lower airways and lungs.

“Air pollutants make their way into the bloodstream through the lungs, and eventually to the heart,” he explained. “Short term effects can include coughing, wheezing, asthma, chronic bronchitis, emphysema and sinusitis. Constant exposure to polluted air can increase the risk of lung cancer and the development of heart and circulatory diseases.”

Evidence is emerging furthermore of other effects that include diabetes and neurodegenerative conditions.

While air pollution has worsened in low and middle income countries, improvements have been made in lung diagnostics with the introduction of new technologies such as robotic, ultrasound and electro-navigator GPS guided bronchoscopes, Dr Gomez-Seco continued.

He pointed to the recent emergence of a robot-assisted platform for more precise, stable and minimally-invasive lung biopsy. “Electronic nose technology, which mimics the mammalian olfactory system of our nose, is also being used effectively for lung diagnostics. It is a system that gives real-time results which makes it a faster, easier tool for detecting lung problems.”

Advances in artificial intelligence (AI) and machine learning offer greater prospects still in medical imaging and diagnostics. The pandemic has spurred the adoption of AI in healthcare facilities worldwide and the launching of innovative new products such as Sonavi Labs’ Feelix, an AI-enabled digital stethoscope that diagnoses respiratory conditions.

“AI and machine learning can enhance the performance of detection, and can lead to better automated interpretations,” underlined Dr Gomez-Seco. The specialist however cautioned that further clinical studies are required before they become established as technologies of choice for radiologists and doctors.