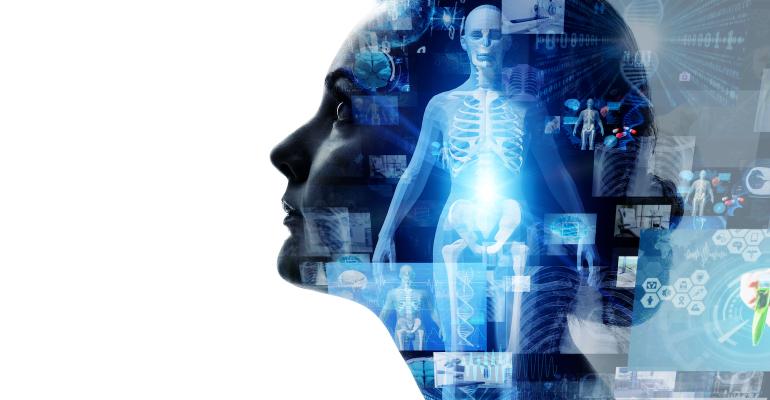 Download our Voice of the Healthcare Industry Market Outlook 2021 report to unveil today's technology opportunities and challenges in healthcare.

Since our Voice of the Healthcare Industry Market Outlook report in December 2019, the COVID-19 pandemic has affected every single member of the healthcare community, both personally and professionally – and at every level of the supply chain, from manufacture to bedside care.

Through this year's survey, we asked healthcare respondents worldwide about the technological impact of the events of 2020-21, alongside financial and healthcare delivery impact.

Digitalisation continues to impact the most

Digitalisation remains the technological development currently having the greatest impact on the industry across the board and has seen an increase of 5% to 44% since the 2019 survey.

However, this is much less of an issue in Asia (34%) and the GCC (38%) than in Africa (56%) and Europe (58%). Most other areas, including Artificial Intelligence, Internet of Things and VR/AR, have slightly declined in impact.

When asked about skills in technology, a high proportion of respondents stated that there were people within their organisation trained to adopt and implement digitalisation (73%).

A third of respondents overall identified AI as one of the technologies having an impact on their business, but only a quarter of manufacturers did so.

It’s also much less of a concern in Africa (25%) than elsewhere. Only half of businesses have personnel trained to implement AI, but this has increased by 11% since 2019.

Big Data comes in next at 24%, but it’s having a much higher impact on consultancies – who are also more impacted by IoT than other areas of tech. Big Data is also having a much lower impact in Asia where 26% of businesses stated that technology does not impact them at all.

Blockchain, IoT and VR/AR are less impactful, despite the buzz

Blockchain, Internet of Things and Virtual Reality/Augmented Reality are having relatively low levels of impact on healthcare, despite being buzzwords of the last few years.

Blockchain is also where the biggest tech skills gap lies with only 49% of businesses trained to implement it. Manufacturers are the most prepared for VR/AR and blockchain, with 80-83% of respondents stating that their personnel are trained in these areas.

The Voice of the Healthcare Industry Market Outlook 2021 survey was designed by Informa Markets to understand the impact that the pandemic has had on four key areas of the industry: manufacturers and agents, dealers and distributors; clinics and medical practices; private hospitals and public hospitals; government and health regulators; and charities, non-profits and NGOs.

Through GRS Research & Strategy Middle East we asked 1,600 respondents worldwide about the financial and operational impact of the events brought by the pandemic.

The survey also looked to assess how the industry has responded to the pandemic, and how key players have evolved their business strategy. We also asked participants to reflect on how the future will look, and what key trends they are now anticipating.