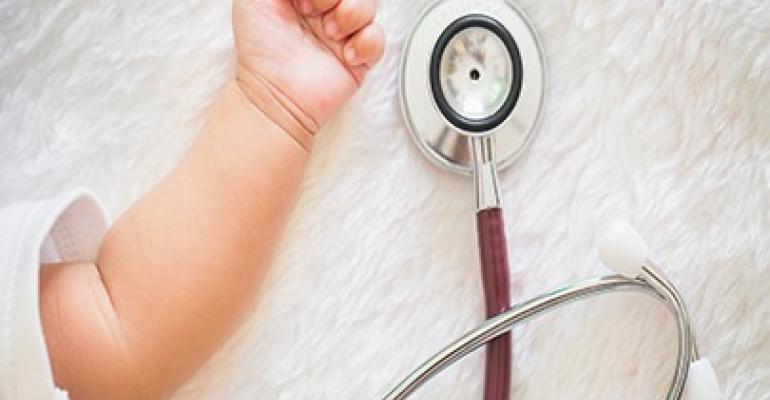 As advancements in technology continue to make waves in all fields of medicine, one particular field that continues to greatly benefit from innovative new devices, medicines and procedures is paediatric medicine. Scientists, researchers and physicians from around the world are working on creating novel solutions to treat complex paediatric diseases with the potential to change the lives of thousands of sick children around the world.

One such example is a pioneering new study from Great Ormond Street Hospital (GOSH) in London and The Francis Crick Institute that has seen researchers grow the world’s first oesophagus engineered from stem cells and successfully transplanted them into mice.

It is hoped this new research could pave the way for clinical trials of lab-grown food pipes for children with congenital and acquired gut conditions. In the study, researchers used a rat oesophagus “scaffold” and human gut cells to grow engineered tubes of oesophagus. These were implanted into mice and within a week the engineered tissue developed its own blood supply, which is important for a healthy gut that can squeeze down food.

Although still in its pre-clinical stage, research into tissue engineering such as this could lead to a new standard of care for patients with complex physical conditions especially in the case of children with damaged organs. The method avoids the need for a donated organ, which are often in short supply for the paediatric population and significantly lowers the risk of organ rejection.

Arab Health Magazine had the opportunity to sit down with co-lead author on the research paper, Professor Paolo De Coppi, who is a Consultant Paediatric Surgeon at Great Ormond Street Hospital (GOSH) and Reader and Head of Stem Cells and Regenerative Medicine at the UCL Institute of Child Health in London, who shared his thoughts on innovation in paediatric medicine.

Although the study is in pre-clinical stage, when do you think we can potentially see it used in the treatment of humans?
Great Ormond Street Hospital for Children (GOSH) in London has already started using similar tissue products in children. For example, GOSH has already conducted three successful stem-cell trachea transplants. GOSH was the first children’s hospital in the world to do this and remains the only children’s hospital in the world to be involved in conducting this cutting-edge work.

One of the patients, Ciaran Finn-Lynch underwent the transplant in March 2010 at GOSH, when his own trachea was removed and replaced by a donor windpipe laced with Ciaran’s own stem cells, so it would not be rejected. The donated trachea was obtained from a deceased adult in Italy and was stripped of the donor’s cells, down to the inert collagen. Ciaran’s bone marrow stem cells were collected at GOSH, isolated at the Royal Free Hospital (RFH) and returned to GOSH the same day, where they were applied to the implanted trachea inside Ciaran’s body. Biopsies of epithelial tissues – the lining of the organ – were taken from the patient’s removed trachea during surgery and applied as the new graft was implanted in his body, to kick-start the gradual growth of a lining in the transplanted organ.

The graft was injected with additional cytokines – proteins that stimulate cell growth – to support the growth and differentiation of cells within the new trachea. Following the transplant, Ciaran was given further cell growth-inducing compounds known as granulocyte colony-stimulating factors or G-CSF. This is the first attempt to grow stem cells in vivo – within the body rather than in a laboratory – in a child in an operation of this kind.

In another world-first, a biodegradable stent was inserted to maintain Ciaran’s airway while the cells regrew within the organ over the following six months.

When it comes to the most recent study in which researchers grew the world’s first oesophagus engineered from stem cells and successfully transplanted  them into mice, the oesophagus is a much more complex organ to work on. While the team has published research on pre-clinical trials in small animals, as well as is currently working on a study in larger animals, it will be two to three years before we can effectively and safely translate this approach to humans. A lot more research lies ahead but we are really excited about these promising pre-clinical findings.

How important is the use of innovative therapies such as stem cell regeneration in the treatment of paediatric diseases?
Innovation is very important in children’s medicine. Most of the children who are seen at GOSH have a rare and complex condition, which means all the teams must constantly work and think innovatively in order to treat them. In adult cases, there are usually treatments that will work for the majority of patients. However, when it comes to children with rare and complex condition at GOSH, the treatments may have to be modified and adapted for every single child that is seen. This is why innovation is so important.

Not only that, but tissue regenerative medicine can be very successful in children. In adults, there are fewer stem cells available and it is much more difficult to get the body to regenerate. In children, however, there is a lot more potential for regenerative medicine to provide effective and kinder treatment options.

Are there any other breakthrough medical innovations that we should be aware of in paediatrics?
GOSH is a globally renowned children’s hospital, championing innovation across more than 60 clinical specialties and providing groundbreaking treatments for the rarest and most complex conditions.

Alongside a focus on regenerative medicine research at GOSH, there are many breakthroughs being worked on by my colleagues in the hospital and in the University College London Great Ormond Street Institute of Child Health. Examples include Professor Qasim and his team’s work on the world’s first use of gene-edited immune cells to treat an incurable leukaemia, as well as the haematology team’s work to make the innovative T-cell therapy available for international patients with acute lymphoblastic leukaemia. Not only are new research and treatments being pioneered at the hospital, but also new surgical techniques, such as laser ablation for epilepsy. GOSH expects to be the first European hospital to offer this pioneering procedure for children.

Recently, I read an exciting research paper into the use of stem cells and gene therapy to cure a young Syrian boy of epidermolysis bullosa by a team in Germany. It’s very exciting to see where this type of medicine will go and how it can be used to help more children internationally.