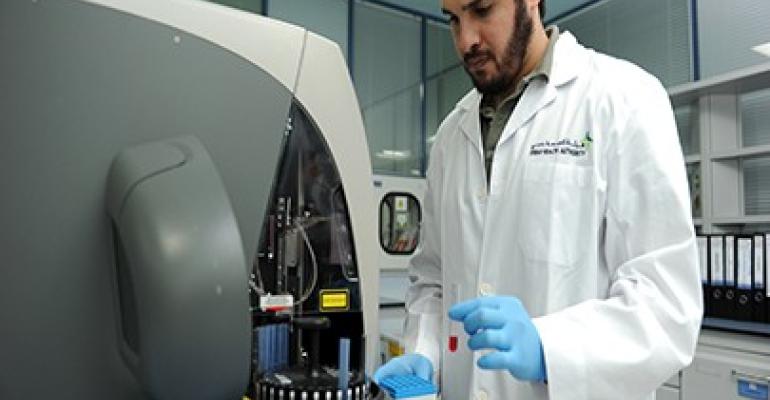 Most of transplantations, especially stem cells’ transplants, have been conducted for young children with Thalassemia or Leukaemia.

The introduction of a new sequencing machine to test donor and recipient compatibility prior to transplant means that patients in Dubai who require a transplant will no longer need to go abroad with their potential donors to test compatibility.

The new system not only saves cost, time and enhances patient convenience but also it can be used to check compatibility for a range of transplants from kidney to cord blood and bone marrow.

Dr. Hatim Alabbas, Director of the Dubai Cord Blood and Research Centre (DCBRC) says, “This system is very efficient in detecting organ transplant compatibility compared to its previous versions. Earlier, patients used to travel abroad with many potential donors, usually family members, to check compatibility. This system is the newest version available and is much more effective compared to the earlier versions of testing”.

Dr. Alabbas highlights, “To check compatibility an HLA or Human Leukocyte Antigen process is required. Through this process, matching HLA gene alleles are detected before any organ or bone marrow transplantation. HLA identification and matching is compulsory for organ transplantation between two individuals. Previously, HLA typing low resolution was the system used, now we have the HLA typing high resolution or Next Generation Sequencing system, which is both highly effective as well as cost efficient compared to earlier versions of testing”.

Stem cells: The future of medicine

The DCBRC was established in 2006 and is the only government entity that offers public and private banking of cord blood. The centre has helped facilitate 19 transplantations for patients with conditions such as Leukaemia and Thalassemia. They have 7,000 stem cells stored at the centre.Most of the transplantations especially stem cells’ transplants have been conducted for young children with Thalassemia or Leukaemia.

Dr. Alabbas adds, “There has been a rise in awareness about cord blood banking.  Presently, more than 80 diseases can be cured with the help of stem cells.”

“If a family has a history of certain diseases such as cancer, autoimmune diseases and blood disorders, we highly recommend that the mother preserves the stem cells of all her babies. This enhances the chances of getting a donor match in case any of her children need it in future.

“Stem cells are the future of medicine. Preserving the stem cell is essential and the cells can be stored for 30 years. It is such a simple procedure, which has in many ways provided a form of health security for families”.

The centre provides a tour for pregnant women and families interested in preserving stem cells for their families or for the purpose of donation.