Telemedicine: A call to action in the UAE 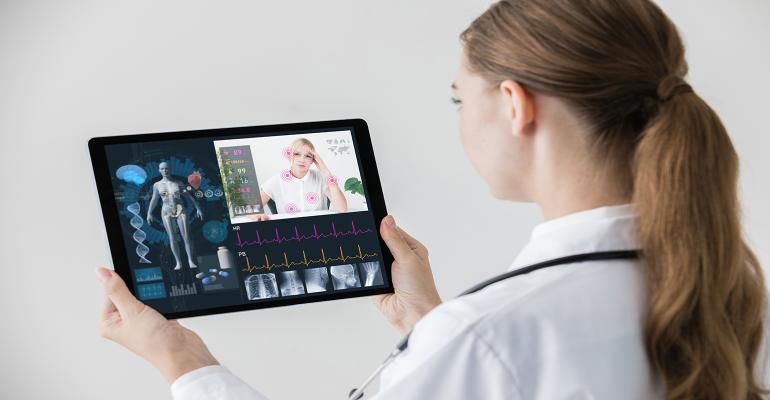 Telemedicine has become an important tool to combat Coronavirus.

With the COVID-19 epidemic upon us, healthcare providers and governments around the world have been scrambling to redirect patients from hospitals to their telephones in a bid to control the virus.

But telemedicine (accessing a doctor by video call or by phone) is not a new initiative and has been steadily gaining recognition as a convenient and cost-effective way for patients to access a doctor. Available in different forms, telemedicine may be as simple as a phone call from a doctor or it can be more developed, for instance, delivered through a dedicated platform which enables the use of video calling and patient triaging.

In the UAE, Dubai Health Authority (DHA) and the Ministry of Health and Prevention (MOHAP) both made announcements in 2019 that they would be developing telemedicine platforms of their own. In December 2019, the DHA rolled out its ‘Doctor For Every Citizen’ service to Emiratis, but recently extended it to all Dubai residents who may now use it if they have concerns about COVID-19. There are also a number of independent telemedicine providers operating in the UAE, available for anyone to use at a cost. But are people really likely to use telemedicine instead of visiting their doctor in person?

How likely are people to use telemedicine?

MyPulse is a digital health app launching in the UAE later this year, with a robust telemedicine service at its core, along with a suite of wider health-related offerings. The company recently conducted a survey in order to understand general perceptions towards the use of telemedicine and how it should be provided.

The many advantages of telemedicine

Telemedicine (when delivered well) has a multitude of advantages. Its ability to reduce exposure amongst patients and doctors in the event of contagious illnesses is the reason for its sudden drive by governments around the world. With COVID-19 symptoms ranging from relatively mild to life-threatening, telemedicine has become an important tool in keeping low-risk victims away from hospitals whilst still delivering advice and guidance to worried patients.

Even when the world is not dealing with an epidemic, telemedicine has its benefits, not only for users but also for healthcare providers, insurers and even employers. MyPulse asked individuals what they considered to be the main advantages of telemedicine and convenience was mentioned by 90 per cent. Speed of appointments, reduced cost of appointments, less time off work and even the reduced likelihood of being referred for unnecessary tests were also highlighted as benefits.

Who should be footing the bill for telemedicine?

In Dubai and Abu Dhabi where health insurance is mandatory, and employers or sponsors cover the cost of premiums, there is an expectation that telemedicine should be provided at little or no cost to the user. 95 per cent of survey participants viewed telemedicine as a service that should be covered under their health insurance policy and 82 per cent said they would expect their employer to provide access to it. With this in mind, there is an argument that telemedicine should be routinely covered by insurance in the same way a traditional doctor appointment would be covered.

From an insurer’s point of view, telemedicine can reduce the cost of claims related to minor illnesses and prevent abuse of coverage in the form of fraudulent claims and referrals for unnecessary diagnostics or treatment. It can even be positioned as a gate-keeping tool to encourage people to seek advice from a GP/family medicine doctor prior to consulting a specialist.

Many of the leading health insurers are already offering telemedicine in some form but whether it is currently being used to its full potential is questionable. One thing we can safely assume is that as technology continues to revolutionise and redefine healthcare, telemedicine will continue to evolve with it and many people will come to expect a doctor to be available at the push of a button.

To learn more about the findings of the MyPulse telemedicine survey, click here to read the full report.