HomeTechnologyState-of-the-art advances in 3D Printing & Bioprinting
Recent
Can healthcare robots answer physical and emotional needs?
May 27, 2022
The deadly case of the Therac-25: a warning for medical AI
May 26, 2022
Innovation vital in the evolution of clinical trials
May 25, 2022
Emerging cases of monkeypox investigated
May 24, 2022
POLL
The essentials of personalised healthcare in low-budget regions
May 23, 2022
The Florida International Medical Expo gears up for landmark 2022 event
May 23, 2022
AI, big data, VR and blockchain expected to power patient-centric applications
May 20, 2022
Dubai Hospital launches ‘Da Vinci Xi’ surgical robot to perform robotic-assisted minimally invasive surgeries
May 19, 2022 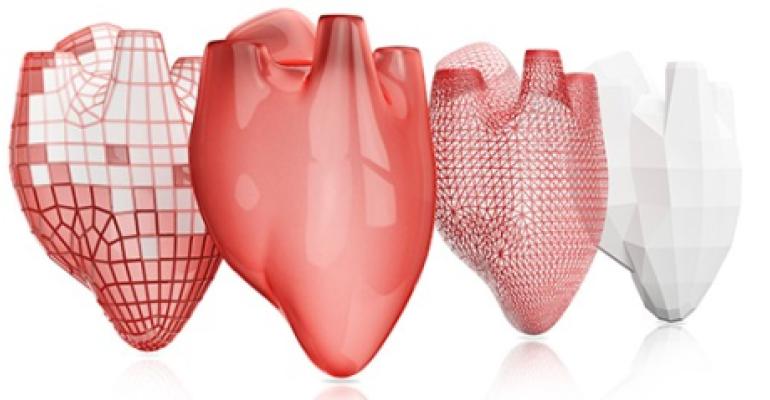 Three-dimensional (3D) printing, or additive manufacturing (AM), has benefited several industries over the past 30 years by expediting manufacturing, lowering costs, and aiding in research, but its applications are yet to have a revolutionary impact on the medical field. In medicine, 3D printing is currently being used to create unique anatomical structures for pre-operative planning, customized grafts and prosthetics, and drug delivery systems. However, the day is quickly approaching where we will print viable tissues that can self-assemble, self-regenerate, and adapt to their environment: You.

Today’s 3D printers differ greatly depending on the type of material being used as well as the intended object to be printed. The most widely used form of 3D printing is Fused Deposition Modeling (FDM), where a tangible structure is fabricated by stacking multiple thin layers of material from the ground up. To do this, a three-dimensional digital model is first constructed on a computer from scratch using computer-aided design (CAD) software, or from a single or combined CT, PET, MRI, or ultrasound image that is imported and reconstructed in 3D. CAD software transposes this digital model to practical dimensions before rendering it as an STL (stereolithography) file—a typical format understood by most 3D printers. The model is reduced to multiple 2D slices whose data is sent to the printer for reconstruction layer by layer. There is a slew of different materials being used today as “ink”, each with their own characteristics; texture, rigidity, half-life, and biocompatibility. The subset of these materials which are biocompatible are of particular interest to researchers in developing fully functional tissues and organs.

The emergence of bioprinting has seized focus in the medical field of 3D printing for its range of applications, promising results, and the profound magnitude of its potential.

One of the goals of 3D printing in the medical field is to mainstream customisable tissue replacement. Though we have not yet achieved consistent methods for mass production, there have been several promising steps forward. For example, Wake Forest Institute for Regenerative Medicine has had success in printing a customised ear, as well as bone and muscle structures. In a 2017 study, Bulanova et al bioprinted fully functional murine thyroid spheroids that were self-vascularised. They proved competence of their bioprinted constructs by grafting them under the renal capsule of hypothyroid mice, restoring blood T4 level and body temperature. While vascularisation of bioprinted tissues has historically been a dilemma, the results of this study represent a significant step forward in the development of organ printing technology.

Duan and his group at Cornell University report a method for fabricating living heart valves using 3D bioprinting with multiple valve cell populations. To do this, they harvested and cultured both porcine aortic valve interstitial cells (VIC) and human aortic root smooth muscle cells (SMC). Each cell culture was mixed with alginate/gelatin gel and loaded into separate syringes within the 3D printer. Reconstructing the valve from an imported CT image, the 3D printer alternated between extruding VIC and SMC for the leaflets and root, respectively. The result was a mechanically robust living tri-leaflet heart valve with high viability. But these methods still have a way to go before they can be up-scaled.

One group that has received a lot of attention for its progress towards clinical use is Dr Tandon and team EpiBone who are engineering customised bone models. Their proprietary process involves 3D printing an exact replica scaffold of the bone to be replaced using decellularised animal bone. This scaffold is then impregnated with stem cells acquired from human adipose tissue, and incubated in a customised bioreactor for 3 weeks. During this time, the stem cells mature into osteoblasts colonising and remodeling the scaffold with living tissue which can then be implanted without fear of rejection. They are currently in the works of modifying this process for cartilage and osteochondral constructs.

Our team at Icahn School of Medicine at Mt Sinai has recently had success in transplanting bioengineered circumferential tracheal grafts. Advancing our previous work repairing partial tracheal defects, we designed a proficient research platform using 3D printing to produce easily customised circumferential tracheal replacement segments for large-animal models. This platform serves to expedite graft design and fabrication, as well as facilitate further research. In essence, dimensions obtained from preoperative CT scans are used to generate a 3D model using CAD software. This model is 3D printed as a size-matched polycaprolactone (PCL) scaffold whose lumen is then lined with an extracellular matrix collagen layer. The 3D biosynthetic graft is produced with high fidelity to the native organ, and can be fabricated in 36 hours. In porcine models, our grafts have shown to incorporate well into live native tissue with extensive vascularisation. Despite this, we notice significant granulation tissue which continues to be the Achilles heel of tracheal grafting. We are diligently at work in designing a method to achieve minimal granulation tissue with enhanced graft integration.

The promising results already being reported in the field of bioprinting have inspired researchers to take the next step in the evolution of tissue engineering. An avenue that is already being explored with some results is tissue self-assembly. Kirillova et al have developed a method for creating self-folding tubes with customisable diameters as little as 20 µm, which is comparable to the smallest blood vessels in the human body. This could eventually help overcome the issue of vascularising our current tissue constructs. Wilkinson et al out of UCLA have created a novel technique for generating bioreactor-assisted self-assembling pulmonary tissue for disease modeling, which they intend to use for studying personalised lung therapies.

While it may seem futuristic, the use of real-time intraoperative bioprinting has already had success, though on a small scale. Di Bella et al have proven feasibility of in situ bioprinting using a handheld “biopen” to repair chondral defects in sheep. Their proof of concept study may prove to be a historical milestone in the field of regenerative medicine, eventually leading to in situ bioprinting of larger structures, including organs.

Many significant, and even hard to believe, advances are being made in the medical world of 3D printing and bioprinting. Though these technologies are still in their youth they have already bestowed insight into cellular mechanisms, facilitated the development of current treatments, and set the bar for future developments. There is still an unknown vastness of information to be learned and technology to be discovered, though, we are headed in the right direction. There has never been a more exciting time in medicine, yet we have only scratched the surface of its depth.