The rise of femtech and SHEconomy 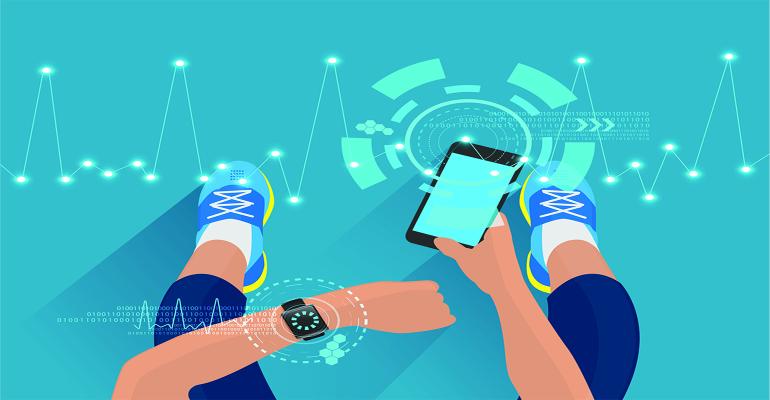 Women’s health has been an issue for a long time, but the products and services have not evolved more than menstruation care, fertility, and mother and child wellness. However, women’s health today has to revolve around factors such as mental health (women have five times more mental health issues than men), cardiac care (women have three times more heart attacks compared to men) or focus on care for autoimmune disease (women are seven times more vulnerable to it than men). This is where Femtech (Female Technology) comes in. It refers to diagnostics, therapeutics, drugs, apps, and wearables that empower women to control their own body.

Based in the U.S., Reenita Das, Partner and Senior Vice President, Transformational Health, Frost & Sullivan, was recently named in the Top 100 Women in Wearable and Consumer Tech by Women of Wearables. She has two big passions. One is to change the healthcare system so that it pays attention to wellness; the second is to focus on women in STEM (Science, Technology, Engineering and Math).

In an interview with Arab Health Magazine, Das shared that she has been in the healthcare business for the past 25 years and always wanted to work in areas that would have an impact and where she could make a difference. “I was always a curious person by nature and loved to ask questions, to study and find answers. As I started working in many industries, I felt that healthcare had the biggest reward because it dealt with human beings and talks about changing behaviour, wellness and is just an inspiring area to work in,” she said.

Das started working in the area of Femtech because she felt that women had no voice in terms of healthcare products and services. “Most products, devices or drugs are not tested on women and always have large audiences of men, whereas 50 per cent of the economy is women,” she said. “Secondly, we are reaching a world where we are going to be dominated by SHEconomy. It means that women will generate an economic value close to US$24 billion by the next two to three years, which is more than the GDP of China and the U.S.!”

Today, almost 30 per cent to 40 per cent of women own businesses, 20 per cent of the global wealth is in the hands of women, and yet, as a group, they are not advancing in terms of healthcare. Because of this, Das emphasised, she is doing a lot of work in building awareness around Femtech and is trying to help in efficiently navigating the system so women can have access to better products.

“The difference between women’s health and Femtech is that it puts the power back to women. It is going to be a huge sector,” Das said. “We have done a lot of research within it. It is going to be about US$50 billion according to our projections, and a large part of the sector is going to be apps and wearables. There are also a lot of women-driven companies. Whether it is an island in Europe, Australia, or the U.S., women are coming together much stronger and it is becoming a global movement. I am very excited about Femtech, as it is a big area driving much-needed change.”

"We are reaching a world where we are going to be dominated by SHEconomy. It means that women will generate an economic value close to US$24 billion by the next two to three years."

Das is also the founder of GLOW (Growth, Innovation and Leadership of Women) at Frost & Sullivan. She started the initiative after becoming the first woman partner in the company. That was when she realised that her work had just begun and that it was the first step towards having a female voice at the table.

“Gender diversity is a big issue today. I realised that I had to do something for the billions of women who have not been heard yet,” she said. “I felt that women need a different approach when it comes to mentoring and networking. Women don’t network as much as men; we don’t have a girl’s club and usually end up competing with other women instead of supporting them. We don’t know what girl power is! That’s why I started GLOW. We are doing a lot of work in training and mentoring within Frost & Sullivan and have globalised it across the world. My goal is to eventually create a non-profit and take it outside the company.”

Das also stressed that the number of girls opting for STEM fields is quite low in the U.S. She is a board member of an organisation called High-Tech, High Heels (HTHH) that helps to get young girls interested in STEM.

“We are working in middle schools in Silicon Valley and are running programmes to help young girls think positively and get them to build apps, go out and pitch, and work on projects that are close to their heart, but it is all computer-, engineering-, or math-based. We are trying to change the perception that STEM is nerdy, only for boys, or uncool,” she concluded.

Das highlights several developments that are set to transform the healthcare industry.

AI in medical imaging: The industry will see some applications that will go a long way in reducing radiologists’ time.

Value-based care: This will involve looking at outcomes and value to the consumer and the environment, rather than volume. Instead of just selling a product and saying this is the price of the product, the sale of the product is going to be tied to the outcome. Almost 15 per cent of the healthcare expenditure globally is going towards value-based healthcare.

R&D: Asia is becoming a Research and Development (R&D) hub overall for manufacturing. Twenty per cent of R&D is going to come out of Asia rather than the Western countries.

Voice: It is becoming a big area in healthcare. With Alexa becoming Health Insurance Portability and Accountability Act (HIPAA)-compliant, it will be a great tool not only for physicians but also for patients.

Home care: Home is soon going to become the new clinic around the world, and this is an area that the UAE is starting to focus on.

Blockchain: The technology can be useful for clinical trials because it provides visible and transparent information about what trials are running, what results are being achieved, what types of patients are enrolling, and if there is any gender bias. Eventually, in the coming years, blockchain is all set to move to a stage where everyone will own their medical records, instead of a doctor or insurance company owning the information.