The rise of eSports medicine 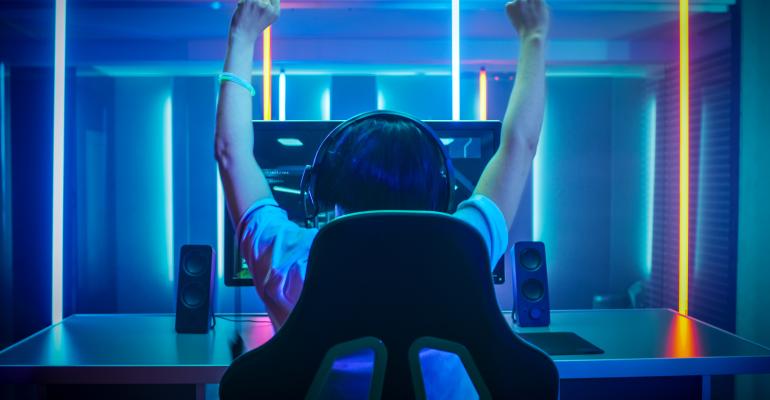 With the rampant propagation of eSports, the health and fitness of this new brand of athletes cannot be ignored anymore.

eSports growth has been steady for the past decade with a projected over 200 million enthusiasts for 2019 and an audience of over 650 million projected for 2022. These numbers surpass by far the majority of traditional sports. As always, where there is participation, money follows closely and in 2018 the global eSports revenue was calculated at US$906 million with US$1.4 billion being the projected 2020 figure.

But what is eSports?

eSports (also known as electronic sports, e-sports, or esports) is a video game-based competition. Most commonly, eSports takes the form of organised, multiplayer video game competitions, usually between professional players who participate as individuals or form part of a team. The most popular video game genres associated with eSports are first-person shooter, a multiplayer online battle arena, fighting, digital collectable card games, battle royale games, and real-time strategy. Popular eSports games include League of Legends, Counter-Strike, Call of Duty, Rainbow Six Siege, Street Fighter, Fortnite and StarCraft, among many others. Tournaments provide live broadcasts of the competition and prize money to competitors. To give you a perspective of the scope of the phenomenon that is eSports, the teenager that won the 2019 Fortnite World Cup went home with a US$3 million prize money, which is slightly more than Wimbledon (US$2.78 million), but significantly more than the Tour de France winner (US$570,000).

Colleges in the U.S. and South Korea are creating athlete bursaries for eSport practitioners and some even classify them as traditional athletes. Even the International Olympic Committee, on October 28, 2017, accepted that eSport is a sporting activity.

Health is at the core of all sports and eSports is no exception. This sport requires a certain type of player with a particular skill set. Professional eSport players can undertake up to 400 movements on the keyboard and mouse per minute (amateur players approx. 40/50) and in league level competitions, the heart rate of a player can be as high as 160-180 bpm. Various authors have quoted that on average an eSport player can practice from 5 to 10 hours a day (although not all of this will be factual game playing since strategy and tactics are also studied) prior to competitions and that the cortisol levels during competition is comparable to that found in automotive race drivers. Obviously, to attain this level of skills, one is at risk of developing health issues. In a very recent and interesting paper by DiFrancesco-Donoghue J et al, among the eSport players surveyed, 70 per cent reported hand pain, 59 per cent back or neck pain, 64 per cent wrist pain and 48 per cent reported eye fatigue. Besides these, one cannot forget the mental health issues of anxiety, depression and game addiction as well as the abuse of stimulants and energy drinks and the outright poor health lifestyle of many a player.

Before eSports is formally recognised as a sport by the national sporting authorities, and hence subject to certain health and safety regulations, we will be facing a rush of overuse injuries, mental health issues and poor lifestyle choices by all the practitioners. As healthcare providers it is our duty to step in and offer appropriate services to eSport athletes, starting from appropriate health screening prior to competitions, to competition medical cover and the support of a multidisciplinary healthcare team throughout the year.

We must accept eSports is here to stay and it is our duty to educate all stakeholders about the health and fitness issues surrounding eSports – it is not only about addiction. In this way, we can create health structures to cater for this new sport and the practicing athletes. Figure 1 relates to a multidisciplinary healthcare model of eSports athletes, that is based on the Sports and Exercise Medicine services offered to traditional sports, which has been adapted to cater for the particular issues found in this unique sport, namely general lifestyle, upper limb and trunk overload, ophthalmic and psychiatric/psychology challenges. We also have to cater for the particular fitness of the eSport athlete, who must not only be specifically fit for eSports but also healthy. 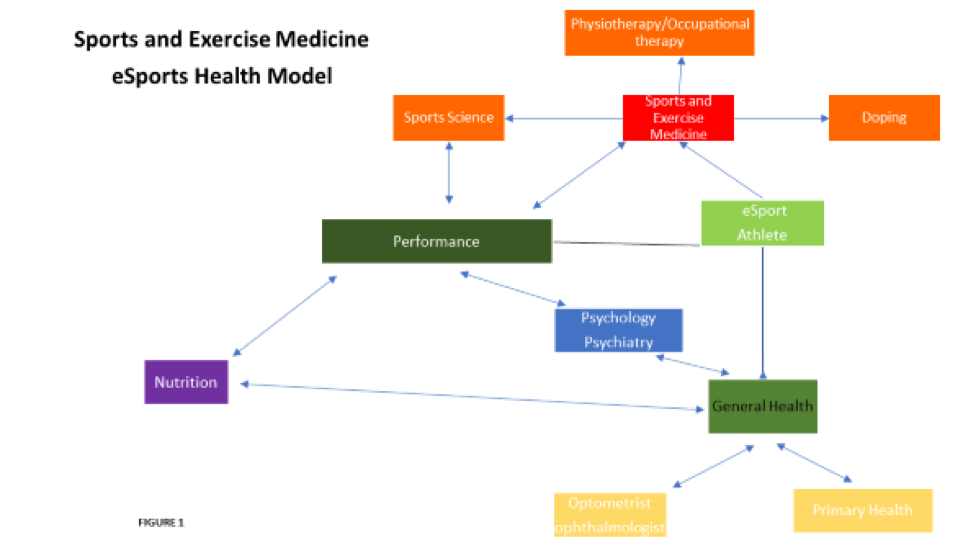 Hence an eSports athlete health service centre must include the following:

Whatever our personal views on eSports, we have to accept that it is here to stay since the phenomenal commercial and audience growth just cannot be ignored anymore. The time has come that we as healthcare providers arm ourselves with the knowledge required to manage an eSport athlete and take the opportunity to educate the stakeholders on how best to achieve sporting results in a safe and healthy manner. Traditional sports and the concomitant ancillary healthcare services took centuries to develop. To keep up with the rapid growth of eSports we really have to get our act together!