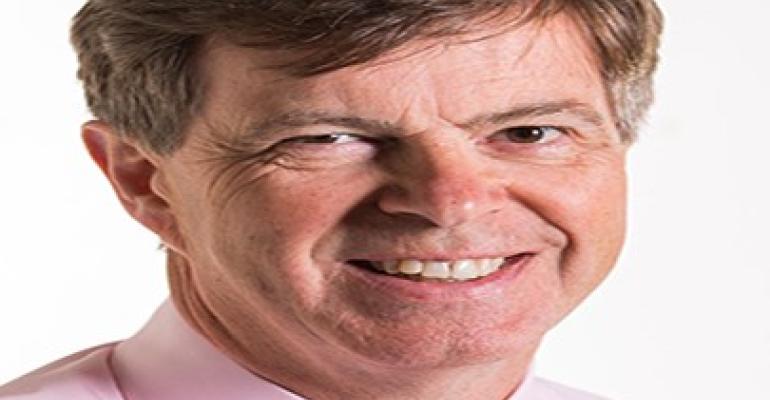 Making a massive breakthrough in the way cancer is treated, a new form of immunotherapy has emerged that is now providing a promising therapeutic option and which utilises the body’s own immune system to fight cancer. Veering away from the conventional modes of cancer treatment such as chemotherapy, surgery and radiotherapy, an immunotherapy approach called adoptive cell transfer (ACT) now allows for a patient’s immune cells to be collected, engineered, and used to treat their cancer.

Whilst many types of ACT in development show great promise, it is the CAR T-cell therapy has advanced the furthest, says Professor Stephen Mackinnon, from HCA Healthcare UK, who leads the bone marrow and stem cell program at University College Hospital in London. HCA Healthcare UK also has the unique distinction of being one of the first JACIE-IECT accredited private centres in the UK to offer CAR T-cell therapy under a commercial license.

“Conventional treatment for cancers like leukemia and lymphoma have generally involved the use of chemotherapy, sometimes with bone marrow or stem cell transplantation, but when these treatments fail, up until recently there had been no alternatives available. The result was that patients generally died of their underlying diseases,” says Professor Mackinnon.

However, the extensively trial-tested and approved chimeric antigen receptor (CAR) T-cell therapy is now shifting the landscape in cancer treatments. He explains: “Our T cells play a vital role in our immune system, orchestrating the immune response and killing cells infected by pathogens. On the surface of every cancer cell are specific antigens relating to that type of cancer.”

In CAR T-cell therapy, T-cells are collected from the patient’s blood and genetically modified in a laboratory over a two-week period, he elaborates. “These adapted cells are then re-infused into the patient and now have the ability to recognise specific antigens on tumour cells and eradicate them.”

Unlike traditional immunotherapy which usually refers to drugs used to stimulate or programme a patient’s immune system to see and destroy cancer cells, CAR T-cells are created from a patient’s own blood cells and engineered in a lab to be re-infused and recognise cancer cells, he says. “What makes it all the more exciting is that while chemotherapy targets all cells, including healthy cells, the receptors in CAR T-cell therapy are attracted only to the targets on the surface of the tumour cells.”

A small amount of chemotherapy is given when the CAR T-cells are put back into the patient’s bloodstream, but this is very minimal and is designed to allow the new cells to work properly, he further elaborates.

The process, explains Professor Mackinnon, is fairly simply and involves an apheresis procedure to isolate and collect a patient’s T-cells. These T-cells are transported to a laboratory where they are engineered to express CARs that recognise cancer cells. These modified T-cells are then grown and expanded within the laboratory. At the time the patient is scheduled to receive them, these modified T-cells are reinfused to the patient following a course of conditioning chemotherapy.

CAR T-cell therapy is not an extension or improvement of an existing treatment, he asserts. “It is a first-of-a-kind therapy that has the potential to revolutionise the approach to cancer treatment. CAR T-cell therapies are a breakthrough treatment for many patients, offering a highly successful, well tolerated treatment option where previously there may have been none. Patients receiving this therapy show a rapid and durable regression and remission and that we haven’t observed in other recognised treatments.”

Currently, the CAR T-cell treatment is available for both children and adults with Myeloma, Acute Lymphoblastic Leukaemia and Diffuse Large B-Cell Lymphoma.

Although CAR T-cell therapy is currently not a first line treatment now and is only given when people have failed conventional therapy, Professor Mackinnon hopes that in the near future, it will be able to treat other forms of cancer including breast, prostate and colon cancers. “CAR T-cell therapies seem to have a lot of potential, but further research is needed to make them mainstream and available to patients globally,” he says. “Many labs around the world are currently testing these therapies, not just for blood cancer but also for solid tumours such as pancreatic and brain cancers. Given the amount of interest the field has generated among researchers worldwide, it is likely that the next decade will be transformative in defining the cancer treatment paradigm.”

He adds: “At HCA Healthcare UK, initially, we will be accepting referrals for patients with Diffuse large B-cell lymphoma and are preparing to accept referrals for other types of blood cancers soon.”

As a first-time participant at Arab Health 2019, HCA Healthcare UK is connecting with healthcare providers and physicians across the UAE and in the region to introduce them to this new mode of cancer treatment.