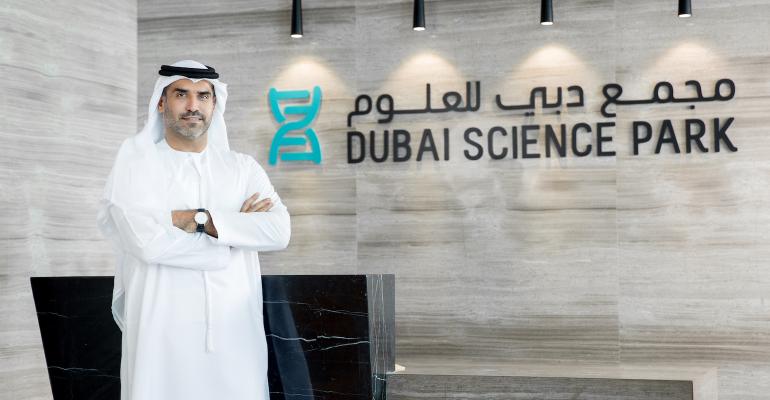 At Arab Health 2020 three successful businesses shared their stories under the theme of innovation and science in Dubai, at an event hosted by Marwan Abdulaziz Janahi, Managing Director of Dubai Science Park. Intrigued, we caught up recently with Marwan to hear his perspective on innovation, Dubai Science Park, and the future of healthcare.

Dubai Science Park, as its name suggests, is a project that looks to the future. A modern business park in the desert, its sleek and striking buildings evoke a science-fiction landscape. Yet its story goes back to a much earlier time, to the pre-iPhone era when biotechnology was “booming” and Dubai was firmly on the ascendancy, famous landmarks still under construction.

DuBiotech (Dubai Biotechnology and Research Park) was launched in 2005 by the Prime Minister of the UAE, Sheikh Mohammed bin Rashid Al Maktoum as part of the vision to establish a knowledge-based economy.

Marwan explained that DuBiotech originally responded to the needs of the biotech industry – hence the name – across the entire value chain. Initially no more than infrastructure, DuBiotech soon provided a “stepping stone” to other requirements that included talent, finance and regulations.

DuBiotech continued to answer the evolving needs of the industry, and over time the team looked at the broader healthcare picture, from medical technology to health informatics. Accordingly, it began welcoming companies from other sectors - such as medical device businesses Getinge and Medtronic.

More than a business park

Today in 2020, Dubai Science Park’s members have grown organically to a vibrant mix of more than 350 companies who employ over 3,700 professionals. This has been achieved with its ample office and laboratory space, robust infrastructure and services to improve the ease of doing business to foster growth and research across life sciences, plant sciences, energy and the environment.

Not all are global medical device and pharmaceutical corporations: a little more than half (55 percent) is made up by SMEs who are able to use world-class facilities that include a coworking space. 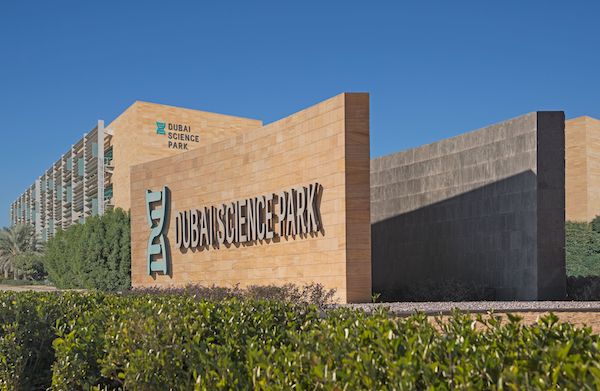 They come from all over the world - the US, UK, Japan, Korea and India especially. Dubai’s diverse and ageing population makes it an ideal test bed for international companies looking to access bigger markets such as Saudi Arabia, Marwan explained, and Dubai Science Park is an ideal “stepping stone” or platform for establishing a regional presence.

Support is provided to international startups upon successful review of their business plan, team and resumes. This includes facilitating relationships. With finding the right partner a challenge in the local market, owing to a fragmented healthcare system, Dubai Science Park can help connect the dots.

A community of engaged healthcare stakeholders 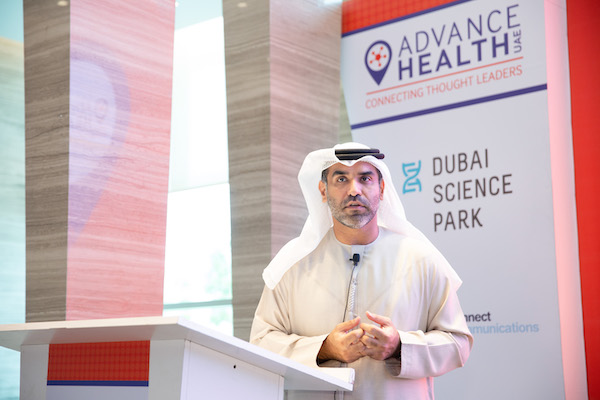 Dubai Science Park sees itself as an “ecosystem enabler” working in partnership with different organisations.

Organisations such as universities, for example. Marwan explained that it was important to partner with higher education – such as Mohammed Bin Rashid University of Medicine and Health Sciences (MBRU) - as having access to local talent was vital for sustaining innovation.

These entities are given the opportunity to interact with each other every two months through a community engagement and networking platform provided by Dubai Science Park: Advance Health.

Each Advance Health session focuses on a different topic, with four to five expert speakers invited to present a different perspective. They include a government perspective – mostly – and points of view from providers, payers and technology industries. The Dubai Health Authority (DHA) was invited to present its mental health strategy for one session, for example, while providers shared their own initiatives, and technology participants offered a point of view around disruption

Marwan described Advance Health as not only a vibrant event, in which people exchange information and ideas, but as a “test bed” that results in innovation across the science and healthcare-focused business community.

In a rapidly changing world, Marwan is excited about what the future of healthcare holds. In a word, data.

In his mind, tech-enabled data has the most transformative potential. While previously power was with the doctor, today it’s the reverse and it's the patients who are seeking validation. As an example of this rapidly shifting scene, he pointed to remote patient monitoring and telemedicine which has come to the fore because of the coronavirus outbreak.

Data has been described as the world’s most valuable resource – the new oil, even - and Marwan believes it will impact all sectors, including medical devices and pharmaceuticals. He highlighted the example of a Dubai Science Park company setting up a laboratory for Next-Generation Sequencing (NGS) to better treat chronic patients.

He cautioned that, amidst this rapid progress, questions remain. With health records as important as bank accounts, data privacy for instance to prevent misuse is a key issue - namely who should access or use data? It’s a regulatory challenge, in part because some bodies are more agile and proactive than others.

Data aside, other promising innovations are unfolding in healthcare such as Augmented Reality (AR) and Virtual Reality (VR).

Dr Sana Farid (@drsanafarid) speaking on the use of VR technology in treating cancer and diabetes patients at Innov8 at @Arab_Health #ArabHealth2020 pic.twitter.com/7ImIteQdIa

Dr Sana is using the latest immersive technologies for pain management and training. She’s the Co-Founder and CEO of Munfarid – an immersive healthcare startup supported by TECOM Group’s innovation and enabling platform in5 (Dubai Science Park is one of 10 business-focused communities under TECOM Group’s purview).

With oil giving way to data in today’s global economy, expect to see Dubai Science Park – always with an eye on emerging trends – evolving with it. It pivoted before, to use today’s terminology, and it can do so again.