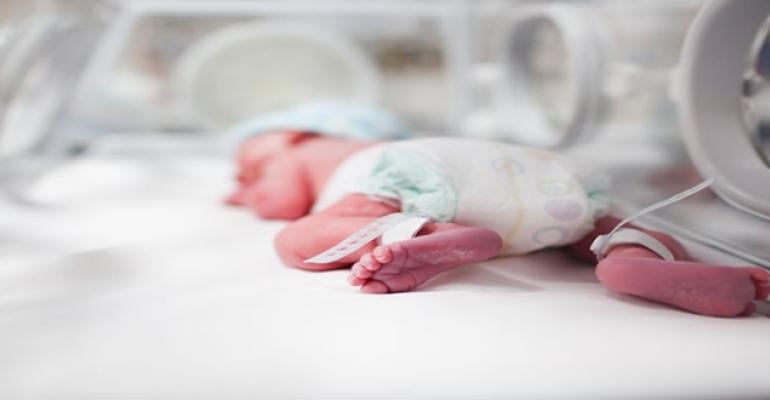 A multidisciplinary cardiology team conducted a procedure to protect the mother and her unborn child.

Celebrations are in full swing since baby Layan was born on May 26 at Latifa Hospital for Women and Children. Her parents and three siblings are delighted to have the little one by their side.

Wajdy Mohammed Ali, a 47-year-old Egyptian expatriate says, “Layan is our miracle baby. My wife suffers from heart failure. The private hospital we were initially consulting told us that it is not possible to continue the pregnancy, they referred us to Latifa Hospital.”

Doctors at Latifa Hospital for Women and Children first examined his wife at 17 weeks. Dr. Amal Qedrah, Head of Gynecology at Latifa Hospital for Women and Children says, “She was referred to us by a private hospital for termination of pregnancy in view of her condition and the fact that she had stage 4 heart failure. She was admitted to the ICU in Latifa Hospital. Upon assessment by teams from both Latifa and Rashid Hospital we decided that minimally invasive cardiology intervention and close observation throughout the pregnancy was a viable solution to save both the mother and baby.”

Dr. Haitham Al Hashimi, head of cardiology at Rashid Hospital and lead physician for pregnancy related cardiac issues says, “When we examined her in January this year, she had class 4 heart failure, had markedly elevated lung pressure and a severely narrow mitral value. Upon examination, we decided to carry out a minimally invasive cardiac procedure while she was pregnant so that she could continue her pregnancy. This way we could save the mother and her baby.”

Three days later, a multidisciplinary cardiology team headed by Dr. Al Hashimi conducted a cardiac procedure but there were many considerations and modifications required to protect the mother and her unborn child. Additionally, no anaesthesia was given because of the complications it can cause in a patient with high lung pressure. This meant the patient was awake for 30 minutes throughout the procedure. “We kept talking to her and making her comfortable all through the procedure.”

Upon examination, we decided to carry out a minimally invasive cardiac procedure while she was pregnant so that she could continue her pregnancy. This way we could save the mother and her baby.”

Dr. Sanjeev Agarwal, Consultant Interventional Cardiologist and an expert in such procedures says, “Minimum radiation was used, and the mother’s abdomen was protected with special lead shielding to block radiation to the foetus. Rather than depending solely on x-rays, we carried out an endoscopy, a small camera went down her throat and provided us the necessary imaging so that we could precisely guide the catheter from her groin and into the heart. The catheter had a balloon that was inflated to widen the valve.”

Dr. Juwairia Al Ali, consultant cardiologist and expert in echo carried out the endoscopic echo (ultrasound of the heart) throughout the procedure.

After the mitral balloon valvuloplasty was performed, the patient immediately witnessed the benefits. Al Hashimi says, “Her lung pressure reduced from severe to mild. She went from being a class 4 heart failure patient to class 2 heart failure patient. Her valve narrowing became minimal with no further leakiness in the valve. She was given medications and we continued to closely monitor her condition together with an expert team in Latifa Hospital, consisting of obstetricians, anaesthesiologists and the medical obstetrician. The key to success in such cases is a well-structured multidisciplinary team.”

Dr. Qedrah says, “We closely monitored her progress and carried out a planned C-section at 37 weeks.”

Ali says, “We are thankful to the doctors at Latifa and Rashid Hospital. We feel so blessed to have our little one by our side.”