Insights into Artificial Intelligence for Healthcare 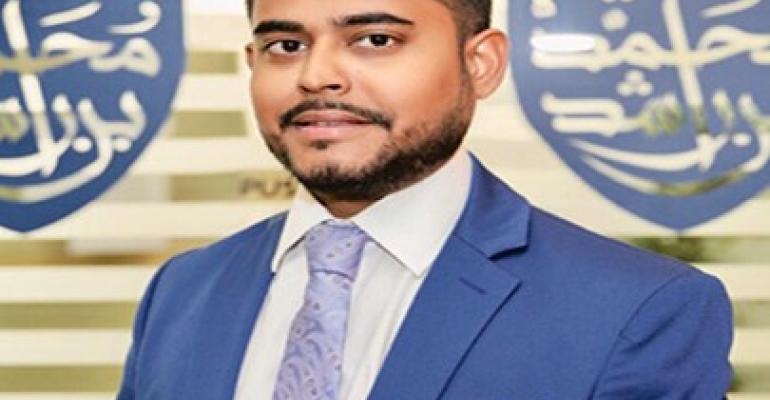 For the field of healthcare, AI is bringing a paradigm shift, powered by increasing availability of healthcare data and rapid progress of  analytics techniques. AI, in other words, is making machines act  intelligently, which would include IBM DeepBlue for instance.

What is Artificial Intelligence?

The father of Artificial Intelligence (AI), John McCarthy, defined it as “the science and engineering of making intelligent machines” and furthermore, researchers define AI as the aim to “mimic human cognitive functions.”

AI generally comprises of various activities such as deep learning, machine learning, and robotics. Deep learning is where there are artificial neural networks, such as AlphaGo. While machine learning is making machines that learn from data, for instance, Automatic Teller Machine cheque readers. Robotics is creating devices and machines that move such as autonomous vehicles.

Some researchers and even practitioners may debate that the drivers for fuelling the rise of AI come from many sources of big data including the geospatial data, Internet of things (IoT), sensors data, machine to machine data, security systems data, financial transactional data, and other drivers. For instance, the Arab World Online Report 2017 highlighted that by 2021 over one billion personal IoT devices will be in existence, mobile penetration will be up to 100 per cent, with social media penetration of at least 80 per cent across the Arab World.

In October 2017, the UAE Government launched ‘UAE Strategy for Artificial Intelligence (AI),’ one of the ‘handful of countries worldwide’ to develop and adopt a National AI strategy, which marks the post-mobile government phase that relies on various future services, sectors and infrastructure projects. While there are many benefits of AI, there are some public concerns and risks on AI black box including ‘auditability’, certification, transparency, misuse of data, faulty analysis, ethical dilemmas, wide-scale infringement of privacy, misinterpretation of digital behaviours, automation bias, algorithmic bias, and unrestricted mass surveillance and also, weaponising data. According to Gartner Inc., by 2020, AI is projected to create 2.3 million new jobs worldwide while eliminating 1.8 million traditional jobs. In the UAE, the financial services, healthcare, and transport sectors reported benefiting the most from AI according to a report done in 2018 by Accenture and Frontier Economics. The AI revolution in healthcare has been focusing on defining ‘New Health’ with focus on improving training, research, keeping good and well-being status, having earlier detection, making clear-cut and informed decisions on diagnosis, treatments, and end of life, according to PwC in 2017.

Current Applications of AI in the Health Sector

AI enables greater access and democratisation of quality healthcare. For instance, AI allows for faster, cheaper and better medical services. In addition to cheaper options (such as AI doctors, nurses, therapist, etc.) in areas that are more rural and promotes apps for access to rural and low-income communities and avoiding higher travel costs with specialists. Some of these remote healthcare apps include snake-bite diagnostics, skin cancer detection, malaria and malnutrition diagnosis, and cardiovascular abnormalities.

Health insurance companies today are using AI and machine learning to assess better and pinpoint at-risk individuals to reduce costs according to reports from Healthcare Finance. Apart from reviewing previous medical records, the application of AI and machine learning algorithms to risk management is performed, which allows for better understanding the specific patients in need of disease management. Additionally, doctors are utilising AI to optimise health; moving from conventional patient care management to more standardised and proactive management of patient care.

Healthcare administrators have been looking to bend the cost-quality curve in the sector regarding utilising AI and machine learning, according to reports from Healthcare Finance. The areas of opportunity that may be most beneficial to improving the revenue cycle are predicting claim denials, patient billing, and cut readmissions. AI could be transformational in predicting claim denials through the appropriate reasons and then preventing the issues before it occurs. Using AI to cut readmissions was dependent on how the data and the risked patients were utilised and interpreted. Measures include sending out healthcare professionals post-outpatient to those high-risk patients to ensure that the medication regime is adhered to, and the appropriate food and nutrients were met, according to the Executive Director at Grady Health System.

Furthermore, revolutions in healthcare particularly for pharmaceuticals, the ‘new drug development’ and ‘repurposing of existing drugs’ are two examples of applications of AI. The new drug development can teach a machine learning model the rules of drug design, for instance, the structure of therapeutic molecules; afterward it can apply models to improve the existing drugs or even generate novel compounds or combinations of drugs. A case in point, BERG Health, a biopharmaceutical start-up that uses an AI platform for drug discovery, initiated a phase II clinical trial in April 2016 for a drug compound that could potentially treat pancreatic cancer. For the repurposing of existing drugs, AI allows for the learning of complexed relationships among drugs, pathways, conditions and side effects while conducting large-scale testing and data analysis using the machine learning-driven data analysis. For instance, in December 2014, Atomwise found two existing drugs- reportedly in one day using AI technology that may significantly reduce Ebola infectivity.

AI revolutions in healthcare range from imaging diagnostics through medical imaging to tackle medical conditions such as cancer, diabetes, eye health, brain disease, and heart disease. The medical imaging team at IBM include data from medical journals, electronic health records, lab results, radiology and pathology reports, doctors’ progress notes, clinical care guidelines, and published outcomes studies. In doing so, such efforts and data may help physicians make personalised care decisions relevant to a specific patient while building a body of knowledge to benefit broader patient populations, according to IBM reports in 2016. Recently, the U.S. Food & Drug & Administration and the National Institute of Health approved the first medical device, IDx-DR, which employs AI to improve the quality and speed of various imaging methods to detect retinopathy among the diabetic population. Researchers have unanimously concurred that this new medical device could help hospitals reduce costs in the long-run.

In the UAE, the ‘Dubai 10X’ initiative part of the Dubai Future Foundation, sets the Government of Dubai on a mission to be 10 years ahead of all other cities. The programme ‘10X DCAS’, where the Dubai Future Foundation in collaboration with the Dubai Corporation for Ambulance Services have leveraged AI for the quick response before the ambulance arrives where the patient’s vital signs are being monitored through sensors on smart devices. Another example is the programme ‘10X DHA’ where machine learning and genomic analysis are conducted for early disease predictions such as the DNA sequencing (genome mapping) for the entire population, analysing genetic traits of existing patients to predict future cases and also personalising treatments based on the analysis.

As the UAE enters the AI era among other countries, it is paramount for governments to enable digital transformation, promote and foster capacity building and the right set of skill sets for medicine precision, to best adapt and deliver the ‘smart’ AI governance in healthcare particularly.