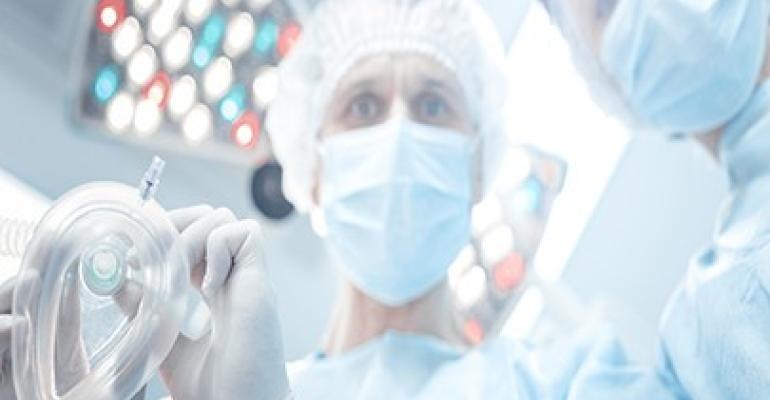 Total intravenous anaesthesia (TIVA) is a technique of general anaesthesia, which uses a combination of agents given exclusively by the intravenous route without the use of inhalation agents (Gas Anaesthesia).

There is a solid rationale for the use of TIVA in some patient cases where the delivery of inhaled anaesthetics is impossible or disadvantageous, or in scenarios where traditional anaesthetic delivery systems may be unavailable or impractical. In other cases, the use of TIVA could make the process more efficient and advantageous for the patient.

In recent years, TIVA has become more popular, practical and possible due to two main reasons – firstly, the pharmacokinetic and pharmacodynamic properties of drugs such as Propofol and newer short-acting opioids, which make them suitable for intravenous administration.

Secondly, new concepts in pharmacokinetic modelling coupled with advances in the technology of infusion pumps, which allow the use of algorithms such as Target Controlled Infusion (TCI).

During these last years, the cultural passage operated by the anaesthetists from manual infusion to TCI for the delivery of the drugs has been fundamental.

In the first way when we deliver, repeated for example, propofol boluses 0,3 mg/kg/min for 10 minutes, we will have:

In other terms repeated boluses of drug determine a progressive increase of the plasma and the effect site concentration of the drug.

The second way is:

Unfortunately, this has two main problems:

The same continuous infusion at a constant rate of a drug, determine very different effect site concentrations at steady state, in individual of different age, gender, weight and height.

In comparison to traditional inhalation anaesthesia, the inherent benefits of TIVA via a Target Controlled Infusion (TCI) make it a more straightforward and user-friendly technique for the caregiver, while at the same time offering a faster and more comfortable patient recovery.

It is an infusion technique for delivering iv anaesthetic drugs via computerised pumps. The software is programmed with pharmacokinetic models capable of maintaining the desired drug concentration levels in plasma (Plasma T.C.I.) or at the effect site (Effect Site T.C.I.) by varying the infusion rate. How? With a Pharmacokinetic model specific for each drug.

What is a Pharmacokinetic Model?

It is a branch of pharmacology dedicated to determining the fate of substances administered to a living organism. The substances of interest include any chemical xenobiotic as such pharmaceutical drugs, pesticides, food additives, cosmetics, etc. It attempts to analyse chemical metabolism and to discover the fate of a chemical from the moment that it is administered up to the point at which it is completely eliminated from the body. Pharmacokinetics is the study of how an organism affects a drug, whereas pharmacodynamics (PD) is the study of how the drug affects the organism. Both together influence dosing, benefit, and adverse effects, as seen in PK/PD models.

In this case is a mathematic model, which predicts the plasma concentration of a drug following a single bolus or infusion of variable time lengths.

I. The number of compartments where the drug is administered

III. Exchange rate of drug between the various compartments (“K”)

The aim of the model is to establish:

This is achieved by comparing the variables of each patient (weight, height, sex, age). How?

A mathematical model, which describes the pharmacokinetic behaviour of the drug was incorporated into a computerised delivery system which enables the anaesthetist to achieve and maintain a target blood concentration of propofol or any other drug and to manipulate this at will.

Is TCI the final solution to the problems of TIVA?

Is it possible to further enhance the quality of TCI anaesthesia?

What do we need beyond the TCI?

Various pharmacokinetic models, for the same drug, are reported in the literature for major part of those used in anaesthesia.

What About the Future?

User applies an input to the system

The system performs output is generated

Because of more frequent sampling of the control variable and more frequent changes to the rate of drug delivery than with manually delivered anesthesia, the stability of the control variable may be greater. At the same time, the dose delivered is customised to meet the exact requirements of each patient, thereby overcoming the problems of interindividual pharmacokinetic and pharmacodynamic differences and differing levels of surgical stimulation.

Recovery times and the risk of inadvertent awareness may thereby be decreased. The BIS has already been used for automatic control of propofol sedation. We wanted to know whether BIS could be used to provide clinically satisfactory anesthesia and developed a computer system for this purpose.

Quality control of anesthesia has become very important, owing the evolution in peri-operative management. Changes in surgical conditions and patient populations make it more than ever essential to manage anesthesia in a fast, simple and safe way. Hereby, a wide spectrum of pharmacological actions (analgesia, hypnosis, and suppression of somatic and autonomic responses to noxious stimuli) are needed to control the general anesthetic state.

The ultimate goal when administering a particular dose of an anesthetic or analgesic drug is to obtain the desired clinical effect, for which a specific therapeutic concentration of the drug at the site of action (= the receptor) is required. Individual anesthetics gives a unique spectrum of pharmacological actions, so the concept of a common depth of anesthesia may need to be revisited to reflect the separate clinical components of the ideal anesthetic state. To reach these high standards of care, an optimal titration of both anesthetic and analgesic drugs is required. Classically, opiates are used to manage nociception and short acting hypnotics are widely used to titrate the hypnotic component of anesthesia. However, by optimizing drug administration techniques, economics might become more beneficial for TIVA. Target controlled infusion might help.

In the nearby future, all sources of pharmacological and effect monitoring will be combined into anesthetic advisory and feedback systems enlarging the existing kinetic-based administration technology towards a total coverage of the dose- response relation. By measuring the patients’ individual response to a certain given drug dose, drug administration could be guided by a pharmacodynamic advisory system estimating the complete dose-response relation. Additionally, when technology is found to be validated enough, closed-loop technology could be used. Closed-loop systems are able to make decision on their own and try to reach and maintain a pre-set target. As a result, they might help the anesthesiologist in optimising the titration of drug administration without overshoot, controlling physiological functions and guiding monitoring variables.