How artificial intelligence is driving the future of endoscopy 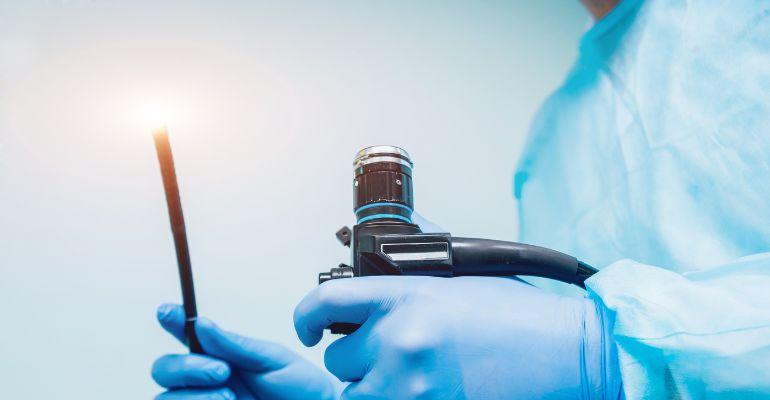 A recent study that examined regional and national trends in age-specific volumes and outcomes after ERCP in the paediatric population estimated that between 2005 and 2014, approximately 11,000 endoscopic retrograde cholangiopancreatography (ERCP) procedures were carried out in children in the United States.

Paediatric advanced endoscopy (PAE) cases are anticipated to rise in frequency over the next few years, according to experts. Endoscopic treatment is used to treat the increased incidence of pancreatic diseases in children. Additionally, in America, the increased obesity epidemic has increased in association with biliary and gallstone in children.

The North American Society for Hepatology, Pediatric Gastroenterology, and Nutrition (NASPGHAN) established a special interest group focused on ERCP in 2014 as a result of the increase in interest in PAE.

The training available for PAE has become more robust. Unlike general paediatric GI or adult advanced endoscopy, there is no structured training pathway. Few children's hospitals across the nation have signed agreements with adult sister hospitals to train paediatric endoscopists as a fourth-year fellowship coordinated by the paediatric and adult GI groups.

A systematic review and meta-analysis found that while artificial intelligence-based detection algorithms are not yet common in clinical practice for the surveillance of neoplasia in Barrett's esophagus, they clearly have advantages.

In a data pool that evaluated various AI strategies and methodologies, AI was more than twice as accurate and sensitive as expert endoscopists.

AI-aided diagnosis will be a favourable adjunct to endoscopic surveillance for accurately detecting and treating early Barrett's neoplasia, improving patient outcomes. Additionally, since AI systems learn from experience, their performance will only improve over time.

Many researchers used image enhancement or other technologies, like volumetric laser endomicroscopy, to speed up AI processing. AI has a high degree of sensitivity, accuracy, and specificity for detecting early Barrett's neoplasia.

However, AI for early Barrett's neoplasia detection is still in its infant stage, and current systems primarily serve as proofs of concept rather than examples of how AI can be applied in everyday medical practice.

Only three data sets used real-time AI algorithms in their study, and the majority of them were used to process images from endoscopies. Before the technology is ready for widespread use in BE surveillance, classification accuracy and speed of AI systems still need to be improved, along with validation on a variety of data sets.

AI gives the possibility of real-time evaluation. The overall goal of this technology is to assist endoscopists in selecting areas to biopsy and/or treat with high confidence, avoiding the need for random biopsies and repeat treatment procedures.

The global endoscopy devices market size in 2021 was US$30.3 billion and will reach US$56.2 billion by 2030 at a 7.1 per cent CAGR during 2021-2030. Endoscopy is accelerated by artificial intelligence (AI), robotic-assisted endoscopy, and reimbursement options. AI and future advancements in three-dimensional and four-dimensional imaging in robotic endoscopy, as well as novel suturing and dissecting devices, will drive significant advances in endoscopic surgery.

Innovation on ERCP and EUS

ERCP procedures were once performed for both diagnostic and interventional reasons. However, since the development of less invasive diagnostic techniques like EUS, ERCP has been used mostly for interventional procedures. A variety of endoscopic tools, such as stents, dilation balloons, guidewires, lithotripters, cannulas, stone removal balloons, sphincterotomes, and baskets, can be used by the doctor during the procedure.

Since the introduction of Boston Scientific's AXIOS lumen-apposing covered-metal stent in 2016, the ERCP device market has grown significantly. One of the most recent developments in the ERCP industry is the lumen-apposing covered-metal stent market, which is indicated for transgastric or transduodenal endoscopic drainage of symptomatic pancreatic pseudocysts and walled-off necrosis under EUS imaging guidance.

The SpyGlass DS Direct Visualization System, another cutting-edge product from Boston Scientific, is a single-use cholangioscope that can be attached to a duodenoscope to provide digital visualization during an ERCP procedure. Infection control is one of the most expensive and dangerous aspects of endoscopy. In this process, scopes are manually cleaned, put through an automated endoscope reprocessor, sterilised, and then kept in a specialized drying cabinet.

Fine needle biopsy (FNB) devices are a relatively recent addition to the EUS needle market and are primarily used to sample solid tissue masses. These cutting-edge devices are now more popular on the market than fine needle aspiration (FNA) devices, which are typically used to collect cyst fluid. The Beacon FNF from Medtronic is a notable FNB device.