Healthcare at your fingertips 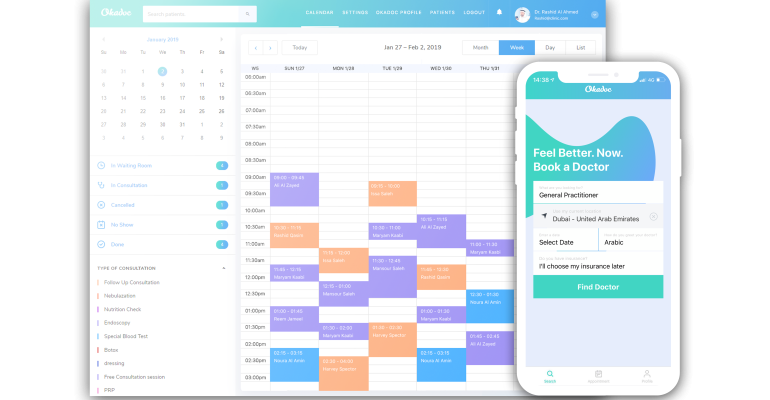 Medical apps are proving to be a win-win for both patients and doctors.

Recently, His Highness Sheikh Mohammed bin Rashid Al Maktoum, Vice-President and Prime Minister of the UAE and Ruler of Dubai, declared the Fifty-Year Charter, which includes nine articles that aim to shape the future of Dubai and enhance the city’s quality of life. One of these pillars is to have a doctor for every citizen.

An initiative that could help fulfil this vision is Okadoc, an app that was launched in 2018. It is a 24-hour medical calendar system that helps patients search and select doctors by specialty, location, language and insurance coverage. With the app, patients can instantly book appointments based on availability.

The app is the brainchild of Fodhil Benturquia, Founder & CEO, Okadoc, who was previously the CEO of Noon.com, a founding member of the regional e-commerce site MarkaVIP and former general manager of Souq.com’s operations in Saudi Arabia.

Benturquia shares: “The stresses of daily life can lead to falling sick quite often. Once, when I wanted to book an appointment with a doctor, I faced a tough time. I am used to ordering my food or booking my taxi or airline tickets or even a car wash in less than 30 to 60 seconds. But when I was sick and wanted to get a doctor’s appointment, it took me 15 minutes and even then, I couldn’t get a confirmed appointment. I had to hold the line, listen to recorded music and eventually got told that nobody can pick up and to call back later. I found it extremely shocking, as healthcare is the most important need of life.”

The second thing that caught Benturquia’s attention was the fact that in e-commerce when somebody calls, the rule is to attend it in 20 seconds. “We know that if you don’t pick up the phone in 20 seconds, you lose 50 per cent of clients. In e-commerce, people call for retention purposes – in case there is a delay in delivery or to request for cancellation. But in healthcare, the primary purpose is an acquisition. Somebody is sick and wants to spend in your clinic, but they are kept waiting. For instance, on a Friday, most of the time the phone won’t get answered and if you or your child are sick, how do you manage to get an appointment? You end up going to the emergency ward. It costs a lot of money and nobody wants to go there as it’s scary, specialists might not be available and you could wait a couple of hours before getting treatment,” he explains.

When the CEO did a quick search on the Internet, he found that there were a couple of companies that offered online booking, but soon realised that none of them offered an instant confirmation. With these platforms, you could book a date and time and receive a call from the clinic to confirm the appointment, a few hours later or maybe even the next day. “Also, when a clinic calls, you might not pick up the call,” says the CEO. “This is not the experience I am expecting as a patient or a user. I don’t need somebody to call me back. When it’s booked it should be confirmed, just like any other digital experience,” he adds.

However, he also chanced upon websites such as ZocDoc in the U.S. and Doctolib in Europe that offered instant booking solutions. “I found that patients and healthcare providers loved these platforms as they solved so many problems for everybody,” he stresses. “That’s when I decided it would be a great idea to bring it to the UAE.”

Making an appointment with a doctor on Okadoc takes 20-30 seconds. If you are not logged in, it will take 40 seconds. It can be cancelled in 5 seconds, which is two clicks, and rescheduled in 7 seconds, which is three clicks. A user will also get reminders by SMS, push notifications, emails and within the reminders, there is an option to cancel or reschedule. 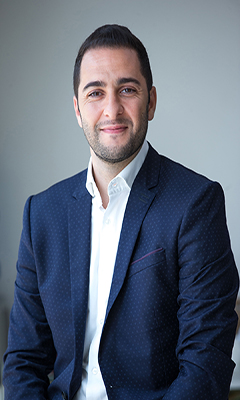 Moreover, Okadoc can tackle the discovery issue. This means that the app allows the user to search for doctors by spoken languages, filter by gender, search by availability and insurance policy.

Benturquia highlights that healthcare facilities often have a high no-show, and this is a big problem in the region. In the U.S., the no-show rate is around 23 per cent but in the UAE, it is 37 per cent, while in Saudi Arabia it is 50 per cent.

He says: “No-show is kind of a disease of the clinic or the hospital. Almost 4 out of 10 patients are not turning up. Our research found that the reason for these numbers is because 50 per cent of people forget about their appointment; 40 per cent of the people want to cancel or reschedule but when they want to do so, it is outside working hours or the waiting time to cancel/reschedule is very long. Then there is 10 per cent of the people who don’t care about cancelling or rescheduling. With our platform, we have been able to reduce no-shows by 75 per cent!”

Almost 14,000 doctors in the UAE are listed on the platform, but out of that 1,000 are instantly bookable. Institutions such as Zulekha Hospital and Emirates Speciality Hospital, among others, are already a part of it.

Geographically, it caters to users in Dubai, Sharjah, Abu Dhabi, Ajman, Fujairah and Ras Al Khaimah. The app is also available as a website, on Android and iOS, and as widgets. Also, when a booking is made, the user can request for earlier availability, so if someone cancels, they can be moved to that spot.

“We are hosted in the UAE and are compliant with every global standard such as the Health Insurance Portability and Accountability Act (HIPAA). We are a step ahead when it comes to security, encryption, and follow best practices. By regulation, the data needs to be hosted in the UAE,” he explains.

“We are soon going to launch in Saudi Arabia. It is a great opportunity for us, as the no-show is even bigger there. We are also looking at launching in one more country by the end of the year. Our expansion plans are in the GCC, but also beyond.”