HomeTechnologyGlobal healthcare industry prioritises digital solutions in pandemic era
Recent
Can healthcare robots answer physical and emotional needs?
May 27, 2022
The deadly case of the Therac-25: a warning for medical AI
May 26, 2022
Innovation vital in the evolution of clinical trials
May 25, 2022
Emerging cases of monkeypox investigated
May 24, 2022
POLL
The essentials of personalised healthcare in low-budget regions
May 23, 2022
The Florida International Medical Expo gears up for landmark 2022 event
May 23, 2022
AI, big data, VR and blockchain expected to power patient-centric applications
May 20, 2022
Dubai Hospital launches ‘Da Vinci Xi’ surgical robot to perform robotic-assisted minimally invasive surgeries
May 19, 2022 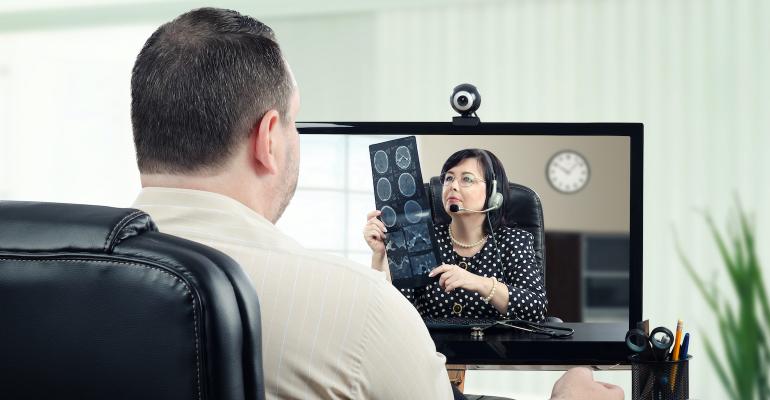 Worldwide healthcare respondents to the Voice of the Healthcare Industry Market Outlook 2021 identify telehealth and digital marketing among needs.

Since the publishing of our 2020 Voice of the Healthcare Industry Market Outlook, in partnership with GRS Research & Strategy, the world has entered a new era defined by the coronavirus pandemic.

Our updated Voice of the Healthcare Industry Market Outlook for 2021 shows that the global health crisis has propelled the healthcare sector towards a distinct shift in priorities, particularly in implementing new technologies.

The following is a sneak preview of some of the key findings in this area from our global survey of 1,600 healthcare professionals.

Digitalisation and telemedicine are top priority

We asked the healthcare industry about the current educational gaps related to survey respondents’ roles, and the answer was clear: technology. 31% of respondents identified this area as a knowledge gap – the highest response over leadership, medical specialty, marketing and other areas.

Zooming in on the data, we found that the highest percentage of survey respondents from all areas of the industry – agents, dealers and distributors, clinics and medical practices, consultancies and manufacturers – identified digitalisation as having the most impact on their business. While this was also true of the previous survey, the percentage has risen from 39% in December 2019 to 44% – with a decline in the overall impact of other areas such as AI and IoT. Digitalisation was also the most prioritised technological investment for all of the key industry areas over the next 12 months, particularly in the Africa and Europe regions.

For medical practitioners on the ground, investment in new technology has become the top priority for 2021. 48% of clinics and medical practices responded that this was the best opportunity for their business growth over the next 12 months – compared to just 23% identifying diversification and 27% looking to enter new markets to achieve growth.

Investment in new technology is particularly concentrated in the GCC region where 45% of respondents identified it as the best opportunity over diversification, business expansion or entering new markets. Telemedicine has become a crucial development for clinics and medical practices, particularly those with a turnover of US$ 5-10 million, and more so in the GCC and Middle East than other regions.

With medicine moving online, digital marketing was overwhelmingly number one in terms of learning objectives, with 41% of respondents identifying this area as their main skills focus for the next 12 months.

AI remains the second most impactful area of tech overall, but has seen a decline from 36% in December 2019 to 33%. Skills required to implement Artificial Intelligence have, however, increased, with 11% more respondents noting that their personnel were trained in this area than in 2019.

In Europe, the picture is slightly different to the global one, with AI dropping below Robotics to third priority for investment – and AI in electronic health records being the lowest of the region’s tech priorities at just 10%. Interestingly, Robotics is also a much higher priority in the GCC (23%) and Asia (15%) than in Africa (8%) and the Americas (6%).

In the Africa region, however, AI is having the least impact on respondents. Transformation to value-based care is the highest priority for this region, with the Internet of Medical Things (IoMT) taking second priority. At 39%, this is the most of all the regions for IoT.

Blockchain and Big Data haven’t yet fulfilled the buzz

Despite being the buzzwords of the last few years, blockchain and VR/AR are having the least impact of all the areas of tech that we questioned at just 6-8%. Big Data, while remaining the third most impactful technology, also declined from 26% in December 2019 to 24%.

Big Data is a bigger business for consultancies who specialise in it, and is a slightly higher priority in Africa, the Americas, the GCC and the Middle East than in Asia and Europe.

When asked about emerging trends, almost two-thirds of respondents anticipate greater Big Tech involvement in healthcare – with a particularly high proportion from the Americas looking to the likes of Facebook, Apple, Amazon, Netflix and Google over the next 12 months. In Europe, though, a higher proportion of respondents expect digital passports to emerge as a key trend.

For clinics and medical practices, the regulation of health misinformation was seen as one of the most likely emerging trends in the tech space.