To Face the Future, Innovation is Key 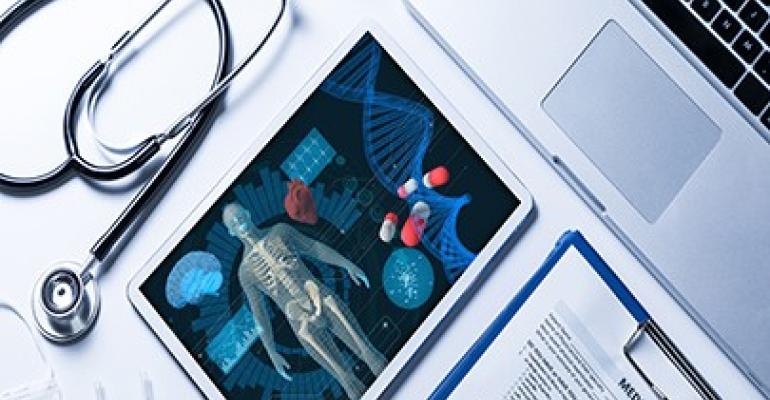 Innovation is needed to tackle the many issues that healthcare in general and in the region specifically are facing.

As a fifth-year medical student in the mid-nineties at one of the oldest medical schools in the region in Baghdad (founded in 1927), walking the corridor to the first practical session in neurosurgery, I was trying to remember the different branches of the circle of Willis as well as the names of cranial nerves. I was expecting a question or two on that in my first encounter with my eminent professor. The last thing on my mind was innovation, more importantly I was thinking about if my tie was in the right position, if my white coat was ironed and my shoes were clean. As my group and I gathered around one of the best neurosurgeons at that time, Prof. al Khalili, his first question after raising a hand-held ophthalmoscope was “Does anyone know who invented this?”. All seven of us were dumbstruck as to why would that be important. That routine continued all the way through the two weeks we spent with him, stopping at every instrument and every peculiar disease name to ask the same question – who invented it or who named that disease.

As it turned out, it was Hermann von Helmholtz, who invented the ophthalmoscope (or rather reinvented its usefulness) – a simple genius technology that revolutionised the discipline of ophthalmology. A few years later, I asked Prof al Khalili about that habit of his and he said that he believed that knowing who invented the medical tools that we use helps us save or improve the lives of the patients we serve, “it is a must to improve and invent new tools to be able to help more”. In essence he said that innovative thinking is a core principle of being a good doctor. As it turned out Prof al Khalili had a very interesting career, holding a double fellowship from the Royal College of Surgeons and Ophthalmologist and had four inventions for global surgical tools to his name, in addition to being a linguist and a writer.

I was delighted with the theme of this year Arab Health this year – Innovation in healthcare. The new generation, population habits and behaviours are ever more globalised in aspiration and attitude, and patients today have higher and higher expectations. Also, with longer life expectancy and the chronic disease burden getting larger, and technology around us is forever expanding, therefore innovation is currently the only answer in town. Many of us mix innovation and invention most of the time. Actually, while invention is a completely new idea or product, innovation is a much wider concept. The dictionary defines innovation in so many different ways, but in principle it can be a new methods, ideas or principles, but also it could be a break with tradition, a shift of emphasis, a departure or a change in direction.

On the journey of thinking about what innovation is needed to tackle the many issues that healthcare in general and in the region specifically are facing, it is worth learning about the past first. In the words of the late Sheikh Zayed (PBUH) “He who does not know his past cannot make the best of his present and future, for it is from the past that we learn.”

The Arab, Islamic civilisation and this region has given so many innovations to the world; innovation that we still use every day to treat patients. If you walk into any surgical theatre today, and the chief nurse pulls the drapes to reveal a set of 20-30 oddly shaped shiny surgical instrument, they can tell you which ones are from about a thousand years ago.

In the 10th century, the Muslim scholar Al Zahrawi (also known in the west as Albucasis), produced his masterpiece al-Tasrif, which is a medical encyclopaedia that includes beautifully illustrated treatise of many of the surgical instruments that we use today. His efforts have positively impacted millions of patients across the centuries and across the globe to this day. In the words of the 19th century French historian Leclerc, “Al-Zahrawi remains a leading scholar who transformed surgery into an independent science based on the knowledge of anatomy. His illustration and drawing of the tools is an innovation that keeps his contribution alive.”

If you are a surgeon, then it is worth exploring the works of a Al Zahrawi, Ibn Zuhr and Al Razi. Abu Baker al Razi will be of particular interest to those of us who think of fighting infection every day; his systematic approach to making the environment in terms of hospital location, layout and materials work for the benefit of the patients and is still widely used today. If you are an oncologist, then the early ideas of describing cancer by Ibn Sina (Avicenna) and its grading was revolutionary at the time. If you are an ophthalmologist, then you should be thankful that Ibn Al Haytham revolutionised the science of lights and optics – his inventions are still lighting our way!

Finally, we all know from our medical school years that the blood circulation was meticulously described by William Harvey in 16th century Europe. However, it is widely accepted now that another Arab scholar described the pulmonary circulation 500 years earlier. Ibn Alnafis critically examined Ibn Sina (Avicenna) another intellectual, through the book entitled “commentary on the anatomy of the canon of Avicenna”. In this book, he described in detail the role of the lungs, its pulmonary circulation and dispelled the myths surrounding that subject. All of the above and many more had the courage and the conviction to challenge the status quo. They innovated for the sake of their fellow humans and their contributions are still creating an impact all over the globe. They clearly show that the skills of innovation are not dependent on who you are, where you live and what level of knowledge you have. They and many others from around the world observed, identified a pain point and were set on finding a solution that changed our perspective.

Many of us that are gathered today at Arab Health have seen medicine and healthcare changing beyond recognition in the lifetime of our career. The older generation still remembers the first half of the 20th century, when people used to have a life expectancy of almost half of what we expect today. Innovation in antimicrobial through the work of Fleming, vaccination through the work of Jenner, the focus on quality through the teaching of Deming, the surgical checklist by Gawande Et al and the multidisciplinary approach has moved the medical profession at a pace that many of us feel out of breath just trying to catch up. It is fair to say that instead of having healthcare that is simple but ineffective, nowadays we have an effective but complex healthcare that is constantly changing.

Looking into the future, we need to learn about the new tools that our fellow humans made available to us. While we focus our innovation efforts as a trade on inventing new drugs, new devices and new pathways, IT engineers and innovators have been advancing at a literally lightening or “quantum” speed. The advancement in big data farming, blockchain, artificial intelligence, IoT, social media and pixelated resolution is not only going to knock on our doors soon, rather it will be like a tsunami that will change everything we do. The advice to my fellow colleagues is to start learning and collaborating within the profession and outside on how to ride that tsunami and ride it effectively and safely for the benefit of the people we serve. Taking the example of Artificial Intelligence, a technology that is having the perfect storm to realise its full potential. A technology that with the advancement of data processing speeds, the availability of big data storage solution and expertise in algorithmic thinking will make some of our relied-on-specialties redundant.

While your 5-year-old daughter knows and can sense when you are angry, and a 5th year medical student knows how to be gentle on breaking bad news, they both might fail at spotting a T12 fracture in an X-ray of a patient with pneumonia. An AI will be really bad at breaking bad news, but they will surely spot that fracture. My anticipation that the biggest specialties that will be affected by this initially are radiology, histopathology and physicist. It is pretty much, any specialty that rely heavily on regular set of data that will be the first to change. The key word here is something that got drilled into me during my early years of medical vocation; “Pattern Recognition”.

Now preparing for these innovations and having an open critical mind and patient centred approach to solution are necessary.

We also need to learn that change is inevitable. Innovation is all around us and as we are gathered under the Arab Health banner in the UAE that has a very clear vision of how to be a positive force for the good of humanity, with a prime example of being the first country to have an AI minister.

I urge you to get out of your comfort zone and think critically on our current practices and start collaborating to push new ideas forward. Your patients, your families and your fellow human needs you.