A new procedure that allows surgeons to access and remove the thyroid and parathyroid glands through small incisions on the inside of the mouth provides successful results with no visible scarring on the neck.

A new procedure that allows surgeons to access and remove the thyroid and parathyroid glands through small incisions on the inside of the mouth provides successful results with no visible scarring on the neck. Dr. Raymon Grogan, associate professor in the Michael E. DeBakey Department of Surgery at Baylor College of Medicine, describes how the procedure works and outlines its benefits.

The thyroid gland releases hormones to control metabolism. Parathyroid glands are found next to or behind the thyroid glands and control calcium levels in the blood and bones. If cancer or benign nodules are found, or if these glands become overactive, the affected gland needs to be removed.

Traditionally, surgeons remove the thyroid and parathyroid glands using a small horizontal incision in the centre of the neck. The scar size depends on the size of the gland, with the average size being four to six centimetres long. 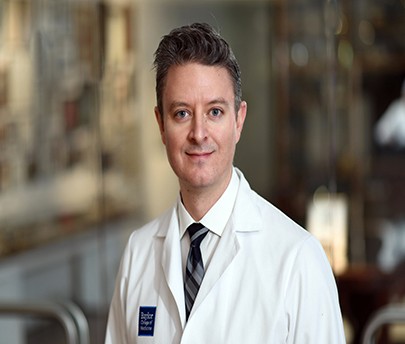 The procedure that Grogan performs, transoral endocrine surgery, applies the same laparoscopic or endoscopic techniques that are used to remove the gall bladder, appendix or colon. Cancers less than two centimetres and benign nodules under six centimetres can be removed using this procedure. He conducts these surgeries at Baylor St. Luke’s Medical Center, where he is section chief of endocrine surgery.

In this procedure, three small incisions are made on the inside of the lower lip. Through these incisions, the surgeon is able to place endoscopic instruments between the jaw and the skin to open up the working space needed to remove the gland, which is a short distance from the incision site. The procedure is performed under general anaesthesia and patients are required to stay in the hospital overnight.

Numerous other procedures have been developed to reduce the size of the incision on the neck or to get rid of it entirely.

“This approach is the culmination of work that has been done over the last 20 to 30 years internationally as well as in the United States,” Grogan said.

However, the other ‘scarless’ procedures that have been tried involve going through the armpit, the hairline in the back of the neck, or even the nipples, meaning that the patient would still have a scar, just not on the neck. The transoral endocrine procedure is the only procedure where there are no visible incisions. In addition, with the transoral procedure the lower lip incisions are very close to the target anatomy, so there is minimal increase in dissection relative to the traditional approach. This is in contrast to the other ‘scarless’ techniques where the incisions are made much further from the target anatomy. This is important since larger dissections can lead to increased pain, complications and recovery time.

Patients are encouraged not to drive while they are on pain medication or if they have a stiff neck. They can experience bruising, swelling, tingling and temporary numbness of the lower lip, chin and upper neck, which should only last one to two weeks. Grogan usually recommends one week off from work after the procedure. The recovery time is similar to the traditional open approach.