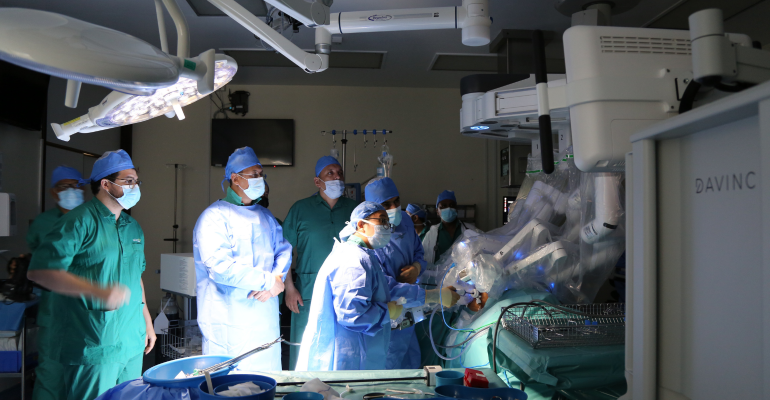 Dr. Maryam Al Raisi, CEO of Dubai Hospital highlighted that in line with the vision and mission of the DHA, the hospital pays emphasis to the implementation of the latest technologies and smart solutions with an aim to provide the highest-quality of specialised patient-centered care. Al Raisi said that the robot is known as one of the most sophisticated laparoscopic surgical technologies available and will significantly help enhance comprehensive general surgery and laparoscopic surgery services provided by the hospital.

She added that the Da Vinci Xi Surgical Robot enables surgeons to perform complex surgeries with increased precision and flexibility under various disciplines such as Oncosurgery, Urology, Bariatric Surgery, Gynaecology, General Surgery and Cardiothoracic Surgery among others. 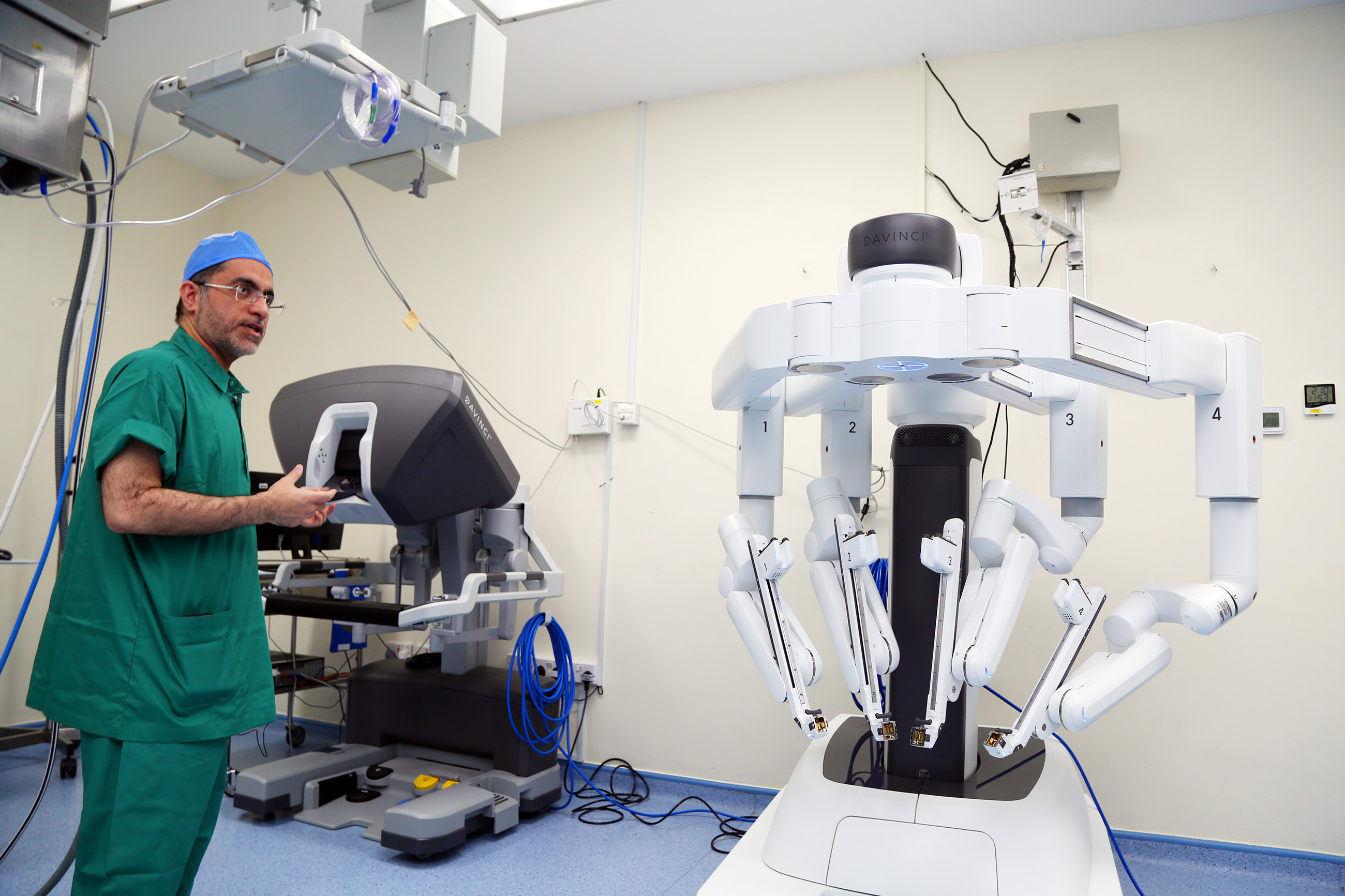 The operation was a success and the patient will been discharged within few days. Dr. Al Saeedi highlighted the importance of using this advanced type of robotic system which has articulated instruments that allow the same movement capacity as the human wrist but eliminate any tremors that maybe caused by a surgeon's hands. He said this is a state-of-the-art surgical procedure in which the conventional laparoscopic technique is combined with high precision robotic technology ensuring minimal incision, enhanced precision and faster recovery time as well as minimal post-surgery hospitalisation.

The robot also allows a three-dimensional view and magnification of up to 10 times and offers extreme accuracy. He said that this robot is considered to be the most advanced robot in the field of surgery, it has four arms -one for imaging and three for surgery-that offers a high degree of flexibility and movement similar to that of the human hand but with more precision and increased scope for controlled movement during surgery.

In the field of urology, Dr. Al Saeedi said the robot can be used for complex kidney, prostate, ureter and pelvic surgeries. Dr. Al Saeedi is considered to be the first Emirati surgeon to specialise in robotic surgery. He holds a Bachelor of Medicine from the Royal College of Surgeons in Dublin and he is a member of the Royal College of Surgery in Glasgow. He was awarded the French and European Board of Urology in 2015 and he has completed his fellowship in robotics and laparoscopic surgery from Strasbourg in France.