Does Artificial Intelligence Have Answers for the Global Diabetes Crisis? 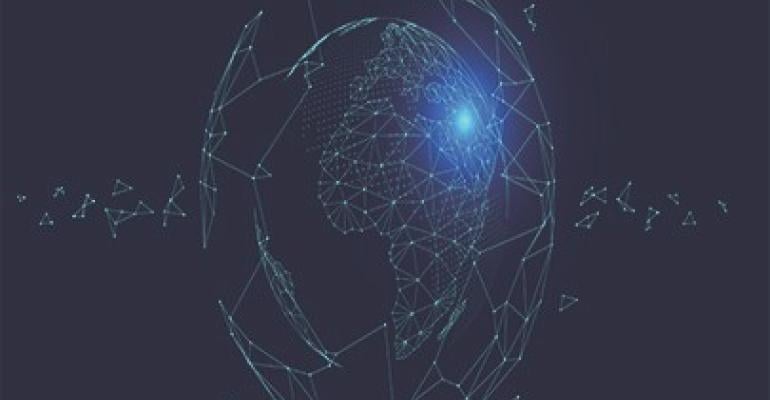 Globally, diabetes is on the increase. The World Health Organization’s ‘Global Report on Diabetes’ published in 2016, estimates that 422 million adults were living with diabetes in 2014, compared to 108 million in 1980. The global prevalence (age-standardised) of diabetes has nearly doubled since 1980, rising from 4.7 to 8.5 per cent in the adult population. This dramatic rise reflects an increase in associated risk factors such as being obese or overweight.

In the Middle East and North Africa region (MENA) region, diabetes is a huge problem and one that is growing rapidly. There are approximately 38.7 million adults aged 20-79 years living with diabetes in 2017. Over two-thirds (67.3 per cent) of adults with diabetes live in urban areas.

Diabetes is a growing and insatiable condition throughout the world, but the greatest and the fastest rise in the number of people with diabetes is in the MENA region, China and India. The disease affects all ages from the very young to the very old and has the greatest impact on health of all conditions, including cancer, as it contributes to blindness, heart attacks and kidney failure.

Diabetes is a chronic disease that occurs either when the pancreas don’t produce enough insulin or when the body cannot effectively use the insulin it produces. Insulin is a hormone that regulates blood sugar. Hyperglycaemia, or raised blood sugar, is a common effect of uncontrolled diabetes and over time leads to serious damage to many of the body’s systems, especially the nerves and blood vessels.

The disease can lead to complications in many parts of the body and can increase the overall risk of premature death. Possible complications include blindness, kidney failure, heart attacks, stroke and lower limb amputation. In pregnant women, poorly controlled diabetes increases the risk of foetal death and other complications.

As Founder of The London Diabetes Centre, I work with a large team of experienced diabetologists specialising in different types of diabetes in children and in adults and using the latest technology with pumps and sensors. We are assisted by an obesity service, which can achieve sustained weight loss, and also have sleep apnoea and fatty liver experts, endocrinologists, ophthalmologists, nephrologists and cardiologists — so that every single aspect of the ramifications of this complex disease can be recognised and treated. We use advanced techniques and modern drug combinations to achieve the best in preventing heart, eye and kidney damage in our patients and have successfully done so for many years.

Globally, I also advise industry and colleagues on best standards of care and conduct lectures on new treatments in diabetes. As an early adopter of new solutions that improve diabetes care, I place the needs of the patient first to get the right solution for the right patient. It is so important that generalised population solutions are not thrust upon patients who may not be able to understand or manage their therapies.

However, the best diabetes care requires regular attendance and support from diabetes educators, monitoring of many disease areas, and considerable expertise and experience. This is going to be increasingly difficult to achieve or afford with the worldwide increase in diabetes numbers.

A report published in The Lancet ‘Diabetes & Endocrinology’ supports this claim. It states that the cost of diabetes worldwide was US$1.31 trillion, or 1.8 per cent of the global gross domestic product (GDP), in 2015. The study of the global economic burden of diabetes showed that two thirds of these total costs were direct medical costs (US$857 billion) and one third were indirect costs, such as lost productivity. Extensive treatments for diabetes and complications from the disease account for a lot of these costs, making it one of the most expensive diseases to treat in many parts of the world.

It can thus be seen that diabetes is not only a global health problem because of its effect on mortality, morbidity and quality of life, but it is also a major problem for national economies. Out of all conditions, diabetes now creates the largest costs for any healthcare system.

So, What is the Solution?

I believe that diabetes is currently going through a technological revolution with venture funding in 2017 reaching US$6 billion and investment in high tech companies working in this space now showing a compound annual growth rate of over US$7 billion.

The driver for change is the improvement in acceptable glucose sensing and the smartphone which, when used together, have been shown to make substantial and significant improvements to diabetes long-term management. Soon we will be able to add continuous ongoing ECG and pO2 measurements to an array of physiological sensors monitoring health.

Wireless technology has led to improvements in the ability to educate and to support people living with this long-term condition. I have witnessed enormous changes and improvements in diabetes care in the 40 years I have practised as a clinical diabetologist in London, but I have never previously experienced the extent and speed of change as seen in the last three years.

With the forthcoming introduction of smart medicine and wearables (e.g. smart insulin pens and medication tracking devices), the scene is set for substantial changes in which diabetes care is offered, giving patients many more options to successfully live and manage their condition.

I believe that there is a substantial and increasing gap between the expertise available in specialist clinics such as The London Diabetes Centre in London, where many patients are seen every year — and the huge numbers of people who need education, technology and resources with which to treat their diabetes.

The key requirement for successful care in diabetes is to help a patient understand that their knowledge and behaviour are integral to any successful strategy.

Traditional models of healthcare need to change and we now use the smartphone and social networks to harness these models of affecting a change in a person’s approach to chronic disease. This is where Artificial Intelligence will play a part. Already at The London Diabetes Centre, we download glucose test information on all our patients and use email and video to effectively support what we were never able to deliver in the past.

Artificial Intelligence (AI) is a branch of computer science that is increasingly able to contribute to improving care in diabetes because of its ability to handle large amounts of complex data generated by the increased use of glucose sensors and insulin pumps.

AI employs learning techniques that permit computers to learn automatically without human intervention or assistance. Clearly, the health outcome will depend considerably on the quality of the data being processed and its verification in real life application.

Currently, there is an active interest in blood glucose control strategies, blood glucose prediction, insulin bolus calculators and lifestyle and daily support algorithms. Some of the most interesting are those that analyse and capture glucose–insulin dynamics.

Already we have a small community using open access closed loop pumps, which keep glucose levels within the desirable range and avoid undesirable lows and highs. Along with this are implantable sensors that are going to make these technological wearables more acceptable to patients, and alerts for patients, their doctors and their reimbursement agencies that will help identify inefficiencies so that resources and efforts can be selectively directed for best outcomes. Likely areas for early success will be diagnosing diabetes with wearable sensors and analysing patient phenotypes so that behaviour and outcomes can be predicted. Progress does not occur without its own barriers and these include usability, patient acceptability, real clinical outcome benefit, safety and data privacy

Artificial Intelligence is going to play a greater role in medicine and governments and health agencies will increasingly look to using health data to better allocate resources and to alert and educate users on how they can help themselves.