Considering e-patients in the age of digital consumerism 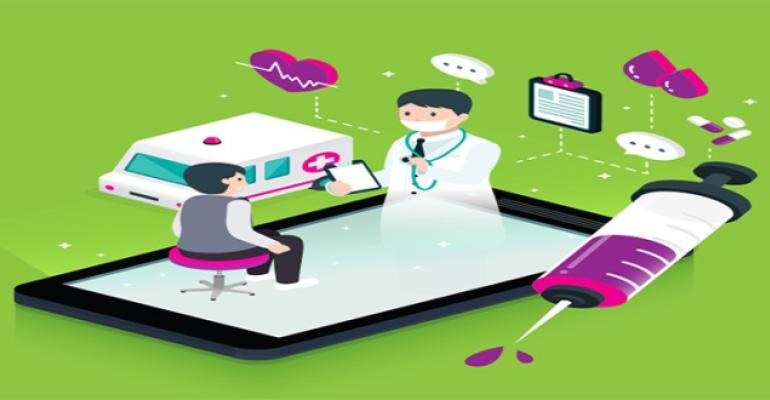 Modern e-health innovators are providing online solutions that address the quality of information and tools patients use.

As our world becomes increasingly connected to the Internet, more citizens using these technologies are relying upon them daily. Whether we use our smartphone to summon a taxi, reserve a flight, book that last-minute accommodation, manage our finances, order food, purchase a bestseller, search for our soul mate, apply for a job or claim fame through a self-made video channel, no matter where we are globally none of us can deny that the Internet has changed our lives. This is the age of digital consumerism. We are all becoming ever-demanding digital consumers who expect more from our service providers than ever before and who can manage almost every aspect of our daily lives on a phone.

The question is, “Could digital consumerism have an impact on the way we manage our health?” Consumer technologies can and are already benefiting healthcare in numerous ways. A valuable example is telemedicine platforms where patients and doctors use video to consult virtually, saving them both time and money as well as the heavy burden of travel for the sick patient.

Telehealth can also be a means to reduce congestion in overcrowded health facilities. In low-to-middle income countries (LMICs) this is particularly important in rural areas where the distance to travel to a hospital can take hours, if not days. A further example is the development of health-specific platforms, which curate resources for patients. These resources could include disease education, patient communities or tools to track their condition.

One such example is www.inspire.com, which offers a much more controlled environment for patient groups to network compared to public websites like Facebook. Considering the dynamics of searching for reliable, fragmented medical information on the web, platforms like Inspire also empower patients by providing them with access to content much faster because it is curated in a central place.

The first website, Tim Berners-Lee’s description of the World Wide Web project, went public 28 years ago on August 6, 1991, and as the web expanded globally it gave patients access to a plethora of medical information. The latest estimates from organisations such as the International Telecommunications Union (ITU) suggest there are now 3.2 billion people using the Internet in 2019. This caused some chaos in healthcare as patients began to self-diagnose or question their doctor’s opinion often based upon dubious information. Because of this phenomenon, the term cyberchondriac was coined, which was a combination of two words: “cyber and hypochondriac” as then documented in the Oxford Dictionary during this era in the 1990’s. The idea of patients having access to medical data online was disputed for years afterwards and continues today almost three decades later, even though technology is improving for patient empowerment exponentially.

Evolution of the e-patient

Whilst the world wide web is still populated with both accurate and inaccurate content, otherwise known as “fake news”, modern e-health innovators are providing online solutions that address the quality of information and tools patients use. The medical web is becoming more sophisticated and will continue to do so along with patients who are using them. Would it make sense then to continue classifying every digital patient as a cyberchondriac? Dismissing the data that they collect electronically, especially when these types of Internet connected devices extend to wearables and mobile applications, which they engage with daily? Connected devices that transfer data back to their Electronic Health Records (EHRs) so their medical providers can make more informed decisions? Telling these patients to stop collecting data because they are cyberchondriacs would be counterproductive to e-health.

Many alternative terms have been used to explain digital patients since the emergence of the word cyberchondriac, which include patient 2.0, but theoretically this only describes the type of web technologies the patient is using, which in this circumstance is web version 2.0. During the next generation of the web (web 3.0), that would evolve to the term patient 3.0. It doesn’t describe this digital health citizen in terms of the many other dynamics required for good health outcomes, including the behaviour of the patient and relationship with their care providers, which has been a cornerstone of practicing modern medicine for centuries.

In 1999, a few short years after the word cyberchondriac emerged, the term e-patient was coined by Tom Ferguson, MD, to describe individuals who were equipped, evaluating, enabled, educated, empowered and engaged in their health and healthcare decisions. He began work on a white paper, commissioned by the Robert Wood Johnson Foundation to describe this phenomenon. During his research, he documented how patients were using the Internet to empower themselves. He also categorised them into different patient population groups based on varying criteria, which considered factors like their digital divides and medical circumstances, which affected the way they participated online. Never had such an in-depth study been conducted.

Whilst Dr. Ferguson had defined healthcare consumerism as a means to improve medicine using technology, he believed e-patients could further partner with their healthcare providers in various ways including through medical research and shared-decision making. He believed that recognising this new digital stakeholder as an equal partner in the system was important to improving health outcomes and the future of digital medicine.

e-patients could further partner with their healthcare providers in various ways including through medical research and shared-decision making.

In the real world, consumerism has been defined in different ways including that it is a social and economic order that encourages the purchase of goods and services in ever-greater amounts and it generally only values the interests of the buyer (i.e. consumer). In this digital age, people are exposed to mass consumerism and product placement in the media or even in their daily lives. The line between information, entertainment, and promotion of products has been blurred so people are more reformulated into consumerist behaviour. Therefore, something to consider is whether calling a recipient of healthcare a ‘consumer’ as opposed to a ‘patient’ could have distinct connotations and therefore result in differential behaviour.

Whilst healthcare can learn from these digital consumer trends, the e-patient concept helps to ground those consumerism ideologies. For example, many platforms are developed with very limited consideration for what the patient truly needs and therefore, some leading organisations including pharmaceutical companies have created partnerships with patients to co-create their innovations and in doing so have been able to deliver more meaningful solutions.

Such an example is the ‘Speak your Migraine’ platform, developed in partnership with Novartis Europe and patient groups, which also offers a mobile application to track migraines. Whilst consumerism is heavily focused on all the “bells and whistles”, “the faster, the bigger, the cheaper, the better”, patient empowerment is focused more critically on meeting the patient’s individual human needs. E-patients are not about consumer-centred innovation, it is about patient-centred innovation, and that’s far more personal. Going back to the question then, “Could digital consumerism have an impact on the way we manage our health?”

As an e-Patient activist and from a personal perspective I would say yes, consumerism can teach us lessons as healthcare enters digital transformation, but I think we shouldn’t lose sight of what we have achieved as human beings in modern-medicine before trying to commercialise and industrialise it completely.