Can diagnostic imaging be helpful in improving colo-rectal cancer screening? 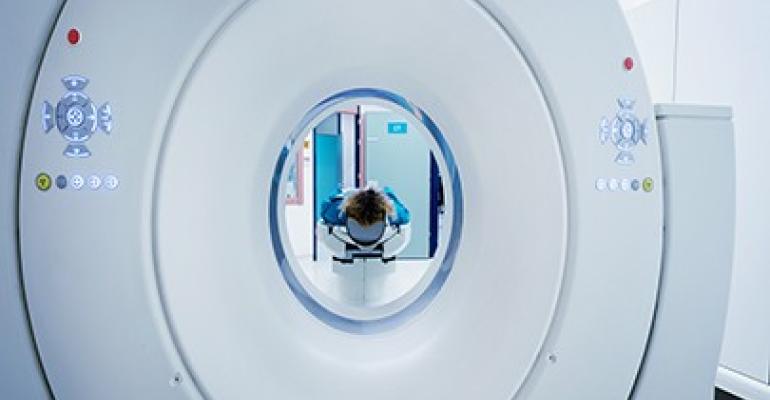 Colo-rectal cancer (CRC) is a major healthcare problem in the industrialised world. It accounts for 13 per cent of all cases of adult cancer in Europe annually with an estimated number of around 215,000 CRC-related deaths per year, about one death every three minutes. CRC has no gender preference, since it is currently the second leading cause of cancer-related deaths both in males and females.

Despite those threatening evidences, CRC is one of the most favourable cancers for being prevented. In fact, in at least 75 per cent of the cases, colon cancer develops from a benign precursor, an adenomatous polyp. This carcinogenetic pathway, known as adenoma-carcinoma sequence, lasts for five to 10 years.

This offers a time window wide enough to allow the detection of either an already developed cancer, but at an early stage, or, in the best scenario, its benign precursor, the adenomatous polyp. It means that CRC screening has two different targets, the early cancer and the adenomatous polyp. This is different, for example, from breast cancer screening, in which the target is the detection of an early cancer only.

A screening programme targeted to the detection of an early cancer can reduce cancer mortality: this is true both for mammography and any colonic test. But a screening programme targeted to the detection and removal of a benign cancer precursor has the greatest advantage of reducing not only mortality, but also cancer incidence. In other words, it can prevent the onset of new cancer cases per year. And this is true only for CRC and not, for example, for breast cancer, in which a benign cancer precursor is not known.

Despite the favourable natural history of CRC, which makes this tumour particularly suitable to be prevented by a test able to investigate the colon when an individual is still asymptomatic, incidence is still high for at least two major reasons: 1) unavailability of organised CRC screening programmes in many countries; 2) poor adherence of population to available CRC screening tests.

Radiologists can now fully support and help in improving CRC screening, thanks to the availability of Computed Tomography Colonography (CTC). CTC is a minimally invasive colonic test, which has reached its mature stage. Apart from being considered the examination of choice in patients who underwent an incomplete colonoscopy, CTC has an important diagnostic role in frail and elderly patients and in the assessment of diverticular disease. As far as CRC screening is concerned, three randomised clinical trials investigated the performances of CTC in asymptomatic average-risk individuals, in comparison with flexible sigmoidoscopy (FS), faecal occult blood test (FOBT) or colonoscopy (CC). Those studies demonstrated:

1) good adhesion rate to CTC, lower than FOBT, but higher than FS and CC. It means that a higher number of asymptomatic individuals would accept to undergo CTC as a screening test rather than FS or CC, because CTC is perceived to be less invasive and because bowel preparation is much less demanding compared with CC.

2) good adenoma detection rate at CTC, slightly lower than CC, but much higher than FS and FOBT. It means that, if CTC is performed, a higher number of cancers and polyps would be detected compared with stool tests, with a hypothetic, but realistic, further reduction of CRC mortality.

CTC is also more patient compliant than CC, it can be performed with a reduced bowel prep and burden of radiation exposure is not an issue thanks to the available CT technology for dose reduction. With the latest CT scanners, dose exposure is less than 1 mSv, which represents less than ¼ of annual background radiation.

In the setting of CRC screening, CTC has different roles, depending if an organised governmental CRC screening programme is available or not.

Many different scientific societies, including the American Cancer Society, the American College of Radiology, the U.S. Multisociety Task Force on Colorectal Cancer, the European Society of Gastrointestinal and Abdominal Radiology (ESGAR), the European Society of Gastrointestinal Endoscopy (ESGE) or agencies, such as the U.S. Preventive Services Task Force, consider the current scientific evidences sufficient to endorse the use of CTC as a screening method in average-risk individuals. In this case individuals should be informed about benefits and possible drawbacks of CTC in comparison with other tests and a repetition of CTC every five years should be advised. This will help in recruiting for CRC screening particularly those individuals who are reluctant to undergo CC.

In individuals at risk higher-than-average, it means those with a first-degree relative with either cancer or polyp, CTC should be considered a back-up strategy, in the case those individuals refuse CC, which remains the examination of choice.

In many European countries, established screening programmes based on FOBT/FIT are available. In this case, CTC has its own role as a back-up examination for an incomplete CC, performed after a positive FOBT/FIT. Alternatively, CTC might be offered as an alternative test in those patients (between 15 per cent and 20 per cent) tested positive at FOBT/FIT, but who refuse CC.

But the real ultimate frontier in CRC screening might be using CTC as a population screening test, thus replacing FOBT/FIT. Multiple advantages exist for using CTC: accuracy higher than stool tests, direct non-invasive inspection of the colon with detection of both cancers and polyps, safety, patient comfort, detection of extracolonic findings.

However, before a new test can replace the current screening options, demonstration of a more favourable cost-effectiveness compared with the available screening tests is needed.

Although previous studies failed in this demonstration, a recent publication, using the real cost analysis of the Dutch trial, demonstrates that CTC dominates CC in CRC screening, if the adherence rate is the same observed in the trial (CTC, 33.6 per cent vs CC, 21.5 per cent), a 6-mm polyp cut-off is implemented and more than two CC in lifetime are planned.

In conclusion, Radiologists, thanks to the technological progress and the scientific evidences available for CTC, are already important actors in CRC screening programmes. In countries where governmental organised CRC screening programmes are in place, CTC is fully integrated as a backup test for incomplete CC and to recruit patients with positive FOBT/FIT who refuse CC. In geographical areas where opportunistic screening is the strategy, CTC is one of the tests recommended by the major scientific societies worldwide. The ultimate goal, which will offer Radiologists a real leadership in CRC screening, will be the full endorsement of CTC as primary population screening test by policy makers.