Bioencapsulation of living cells and the fight against diabetes 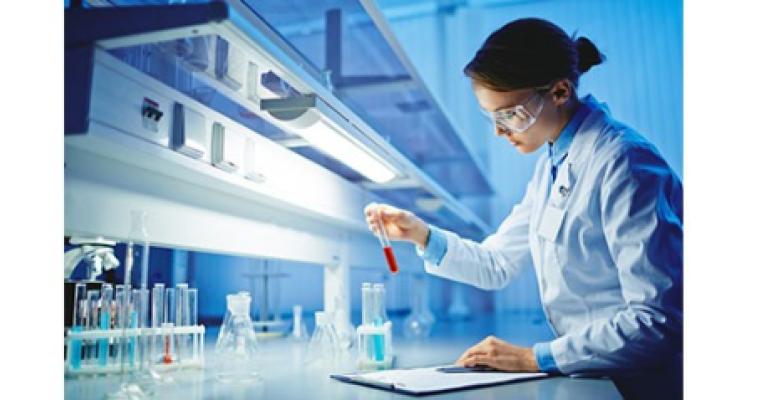 Over the last twenty years, major social and industrial growth unfolding in the Gulf region has had a significant impact on social norm, lifestyle commonalities and personal daily activities. The rapid expansion and urbanisation driven by economic prosperity and strengthening in technology, telecommunication and globalisation of services in the Gulf region have been associated with higher life expectancy and reduced infant mortality.

The United Arab Emirates in particular, has seen significant economic growth and prosperity and highly stable political arena, with strengthening global recognition, broadening of public services and empowered individual productivity. Unfavourable outcomes have been a dramatic increase in incidence of diabetes, with the International Diabetes Federation revealing that around 20 per cent of the population aged 20-80 have diabetes, mainly Type 2 diabetes, with many patients remain undiagnosed. This means that more than a million people in the UAE have diabetes, with many more being prediabetic. This has led to significant global increase in ranking in diabetes prevalence making the UAE in the top 20 countries worst affected by diabetes.

This has led to an astonishing increase in health expenditure for treating diabetes, which exceeds $3 billion annually. Since 2015, general trends in diabetes prevalence in the UAE have shown faster than expected increase, which has been directly linked to sedentary lifestyle and higher life expectancy. Subsequently, diabetes prevalence in the UAE is expected to increase 100 per cent by 2040, with diabetes treatment costs exceeding $6 billion annually. This increase in prevalence and associated health costs are anticipated to have a major impact on the social fabric of the country and future prospective and economic growth.

Diabetes mellitus is a life-long chronic disorder which is divided into three types: Type 1 diabetes, gestational diabetes and Type 2 diabetes.

Type 1 diabetes affects 10 per cent of diabetics and is caused by the immune system destroying cells of the pancreas responsible for insulin section. This results in partial or complete cessation of insulin production and the need of diabetic patients to inject exogenous insulin.

Type 2 diabetes is a chronic disease and the most dominant type of diabetes mellitus, affecting 90 per cent of diabetics. It is caused by loss of tissues to insulin stimulation and glucose uptake, and results from insulin-resistance. Type 2 diabetes has been strongly associated with sedentary lifestyle, poor diet and obesity, and lack of physical activity.

All types of diabetes are believed to have genetic and hereditary components. They share main features such as loss of glycaemia control, chronic inflammation and disturbances of insulin release and effects. Prevalence of diabetes mellitus is around 7 per cent globally and this is rising by about 1 per cent every year. The health cost of diabetes is increasing every year, and this includes direct costs of treating diabetics and indirect costs of increased rate of hospitalisation, reduced work performance, increased time off work and low life expectancy as the result of diabetes and its complications.

In addition to making significant and better lifestyle changes, common treatments for diabetic patients include insulin injections, and antidiabetic drugs which stimulate insulin secretion and improve tissue sensitivity to insulin. Insulin was discovered in 1921 and since then has been a life saver and widely used by diabetics. All Type 1 diabetics, 30 per cent of Type 2 diabetics and the majority of gestational diabetes sufferers use insulin. However, current insulin therapy has many limitations including patient compliance, adverse effects such as hypoglycaemic episodes and the lack of appropriate glycaemic control, despite strict adherence to therapy.

Diabetes mellitus has been associated with pancreatic damage, and failure of pancreatic cells to produce sufficient insulin or body inability to utilise insulin efficiently. Recent research in the area of diabetes treatments have focused on the possibility of replacing injectable insulin, with a more permanent and consistent delivery system which ensures insulin-tailored release, based on body requirements.

One research area is using nano and micro bioencapsulation technology in order to produce capsules which can be loaded with healthy pancreatic cells, mimicking an artificial organ. The artificial organ will be implanted into the body, and the encapsulated healthy cells will produce insulin, based on body requirements and sugar concentrations. The aim of the research is to have a new artificial pancreas which will replace the body’s damaged one, and thereby serve as a healthy new source of insulin capable of synthesising and producing enough inulin to cure the disease.

In order to design new capsules with healthy cells capable of producing a new organ and curing diabetes, there is a need to be able to produce the microcapsules and fill them up with viable living healthy cells. In order to produce capsules containing cells, there is a need to use the microencapsulation technology, which is responsible for fabrication and manufacturing of the new microcapsules.

The microencapsulation technology was pioneered by Professor Thomas Chang at McGill University (Canada) in the 1960s, and this technology has been used globally by many researchers, scientists, industrial partners, and translational entrepreneurs. Artificial cells are engineered capsules that mimic our own biological cells in terms of shape and ability to carry out biological entities. They are novel delivery systems for cells and biologically active compounds and have been used significantly in the delivery of various cells and therapeutics. When using the microencapsulation technology, the polymeric semi-permeable membrane encapsulates biotherapeutics (such as cells) and biologically active compounds (such as bile acids), and allows the diffusion of small molecules such as nutrients, oxygen and metabolic biowastes, while preventing metabolising and degradation of enzymes, antibodies, complements factors and active biomarkers and cytokines, from entering the microcapsule.

There are several labs in the world that carry out artificial pancreas research, and as a leading researcher in the area of pharmaceutical science and biotechnology, I am using my research training in New Zealand, Canada and Australia, to apply the use of cutting-edge biotechnologies to design new breed of capsules, which can grow new and functional organs. As the founder of a highly productive research lab at Curtin University in Australia, the Biotechnology and Drug Development Research Laboratory, the focus of my research has been to design, develop, refine and establish new types of capable, robust, competent and industrious capsules for tissue engineering, biomaterials and production of matrices suitable for growing and implantation of healthy organs.

This new breed of capsules I have pioneered has special properties which address two major challenges of current tissue engineering and diabetes treatment. The first challenge is the lack of ability to control inflammation, with the need to administer anti-inflammatory treatments. The second challenge is the ability to design a capsule or implantable matrix which can house and promote survival, growth and functions of different types of cells.

With the continuous interests in the applications of microencapsulation biotechnology, many labs are aiming to produce more complex, sophisticated and multilayered systems that are capable of maintaining viable mammalian cells that can perform normal physiological functions once implanted in the body.

Such aim can have great future implications as the fields of artificial organs and stem cell continue to grow including undifferentiated and differentiated mammalian cells, and pluripotent and multipotent stem cells. Stem cells can be extracted from diabetic patients, and ideally be differentiated into new healthy pancreatic cells capable of producing insulin.

This is particularly interesting as this technology offers many advantages, compared with other formulation methods that have been used in the past. Such advantages include forming new body-own functional cells, formulation process that is gentle and does not need heating or significant pressure and the use of biodegradable and biocompatible polymers that can accommodate the new cells and form a new healthy and functional organ. In addition, aiming for least immune-response associated with stem cell implantation is another area of great interest. Characterising of such microcapsules can be easily performed.

As prevalence of diabetes mellitus is increasing annually in the UAE, so do diabetes-associated complications such as bad blood circulation, rate of amputations, kidney failure, eye damage, and heart disorders. Current research in artificial organs is likely to have huge positive impact on wellbeing of diabetics in the UAE and the rest of the world.

Meanwhile, significant lifestyle changes can contribute significantly to reduction in diabetes-associated complications and improve long-term prognosis. Increase in daily physical activities, diet control and strict adherence to diabetes medicaments are all important in improving diabetes prevention, enhancing diabetes therapy and improving the long-term effects of the disease and its complications.