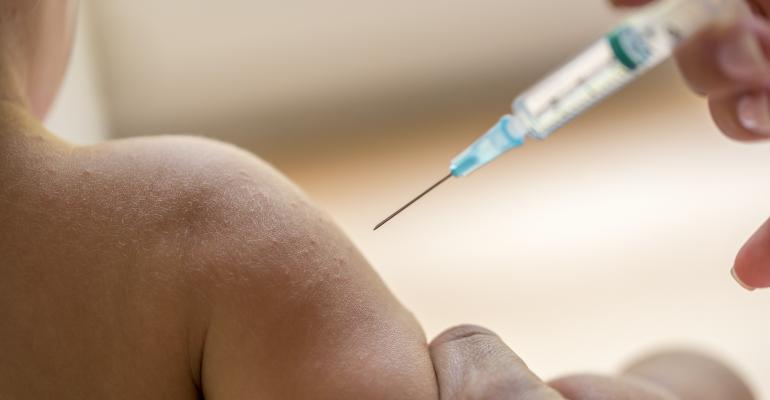 COVID-19 has disrupted immunisation efforts across Latin America. Omnia Health Live speakers assess the problem, and what to do next.

This article was originally published on Conexión Expo Med.

According to data from Unicef, the WHO, Gavi and Sabine Vaccine Institute, at least 68 countries have seen immunisation programmes disrupted, which could affect approximately 80 million children worldwide.

Related: Disinfection, sanitisation and cleaning: concepts of the “new normal”

The WHO reported that child immunisation services have been disrupted since March 2020. "Of the 129 countries for which data was available, in more than half (53%) there was disruption ranging from moderate to severe, or total suspension altogether, of vaccination services during the months of March and April 2020," said the organisation.

Disrupted and suspended immunisation formed the central discussion of the webinar “Vaccination at risk? Analysing the potential delays and continuity of vaccination programmes worldwide” at Omnia Health Live.

Barbara Saitta, medical advisor and promoter of vaccinations at Médecins Sans Frontières in the United States, assured that it has been difficult to continue with vaccination programs not only in Latin America, but in other developing countries. In addition, the medical adviser warned that if immunisation is stopped there may be catastrophic consequences.

Pablo Kuri, an epidemiologist, public health specialist  and former Undersecretary of Prevention and Health Promotion in Mexico, warned that one of the problems they have faced during the pandemic is that the health agenda has focused on COVID-19. "It is a great problem that we are facing, not only for vaccination, but for other diseases that have been neglected," added the public health specialist.

In addition, the epidemiologist pointed out that if vaccination is forgotten, great problems can arise within countries. If Latin American countries do not guarantee vaccination coverage, all those found in national programs, there is a great risk that diseases that have already been controlled will resurface.

In 2016, America had been declared free of measles. "Due to the lack of coverage, basically in Venezuela, we have the reintroduction of measles on the continent," added Kuri, asserting that good vaccine coverage guarantees the control of outbreaks. In Mexico there was an outbreak of measles that could be controlled in time: the 186 cases could have been more had an adequate vaccination program not been carried out.

Vaccination challenges during the pandemic

One of the biggest challenges of vaccination during the pandemic is fear. In Chile for example, people will not be vaccinated for fear of becoming infected with COVID-19, which has affected the desired number of immunisations and has given way to new vaccination strategies.

Jan Paul Wilhelm, pediatric infectious medicine doctor at the German Clinic in Santiago and a former member of the National Immunisation Technical Advisory Group (NITAG), told that in Chile the national immunisation programme is continuing to run and with a healthy budget. "It seems to me that the budget is more than 60 million dollars," he added.

While the system is working, people are refusing to go to vaccination centres or clinics because: "They are afraid of getting COVID-19 from going to these places where patients are," said Wilhelm. However, he also assured that conditions are safe for everyone.

A strategy used in Chile to immunise the child population is to reopen schools and vaccinate children in their cars. Wilhelm explained that in Chile children up to 10 years old are immunised free of charge.

Barbara Seitta noted that, previously, there was less distrust in vaccination, especially in developing countries, since the population of those nations saw the consequences of diseases preventable with immunisation.

Alfonso Rodríguez, vice president of the Colombian Association of Infectious Diseases in Colombia, warned that as COVID-19 has a wide spectrum of symptoms there are possibilities not only to confuse the diagnosis, but also of coinfections.

In Latin America there are other diseases that pose a great risk to the population, such as dengue, zika or measles. Coinfections have been reported in Mexico, such as “covidengue”: the combination of COVID-19 and dengue, which can have serious complications for infected patients.

Vaccination before the COVID-19 pandemic

In Latin America there were  barriers even before the pandemic: the harsh socio-political context that some countries experience, such as poverty or forced migration.

Alfonso Rodríguez explained that forced migration can carry diseases from one country to another and bring serious consequences. While countries like Brazil and Colombia began to face the pandemic were still dealing with measles outbreaks imported from Venezuela.

Concurrent diseases or epidemics are known as a snydemic. “This concept implies the concentration of two or more epidemics that occur in the presence of temporal or geographic factors added to social conditions," Rodríguez explained.

Unfortunately, during the last five years there has been no better example of a syndemic than the case of Venezuela, "because public health problems have meant a major failure due to social practices in this country," added Rodríguez.

Without an immunisation strategy and budget to acquire enough vaccines, vaccine-preventable diseases like measles, polio, or diphtheria pose a major threat.

"In Colombia more than 95 percent of Malaria cases come from Venezuela, ”said Rodríguez. Colombia has also seen cases of COVID-19 imported from Venezuela.

Immunisation challenges after the pandemic

Pablo Kuri explained that a challenge for government authorities is to guarantee the supply of vaccines: there are not enough supplies or several vaccines currently.

Another important challenge is finances, since you must have the resources to acquire the vaccines and immunise the population. However, sometimes it is not possible to do it universally, so there are strategies in place for the most vulnerable to be immunised.

Kuri pointed out that this is a strategy that is applied in Mexico with the flu vaccine, since it is not vaccinated universally, free of charge to the population that may be at risk, such as children, the elderly or the pregnant women.

No authority in the world should forget about the health agenda. In addition, it is necessary to ensure that there are sufficient funds and multilateral policies created to guarantee the strength of organisations that help control health crises, such as WHO and PAHO.