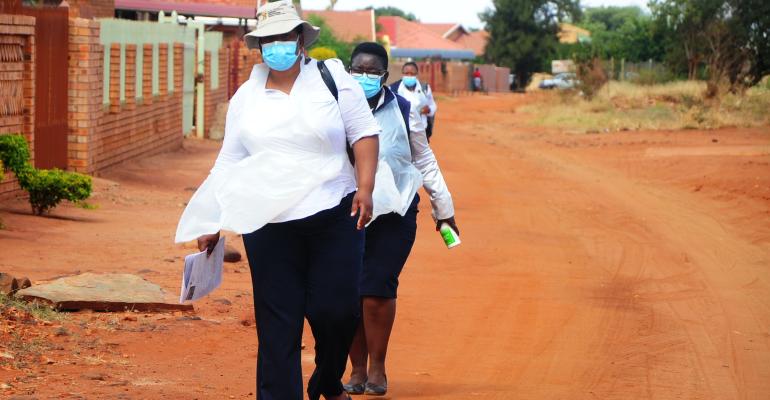 The crisis has “opened up a lot of cracks” and deficiencies in healthcare systems worldwide, pointing towards the need to place greater emphasis on public health actions.

He cited historic examples of similar systems launching during economically challenging times – Germany and the UK, whose successes he attributed to the visionary foresight of Bismarck and Beveridge, respectively.

In South Africa, he continued, healthcare is presently not delivered to the people who need it most. A nation of 60 million, only one in six have access to private health insurance, while half the national healthcare budget is spent on 10-15 percent of the population.

He added that healthcare spend amounts to 8.5 percent of South Africa’s GDP, despite high mortality rates, when it should be closer to 6 percent (for a developing economy). He explained that while the funding is available, resources are used inefficiently, and urged better spending on healthcare.

At fault are a “very high level” of corruption, inefficient provincial healthcare delivery systems; and a large amount of fraud in the healthcare system.

These inefficiencies are the result in part of silos: community health workers, nurses, specialists and doctors are not all on the same page, and they need to be brought together through an interconnected and integrated platform.

But patients too need to join this shared platform. Prof Chetty said the focus is too much on physicians and investors in South Africa, while the patients themselves are overlooked as passive recipients of care.

Putting greater emphasis on patients and securing their participation is conducive to making universal healthcare work in South Africa, he argued, rather than continuing along the lines of a paternalistic, top-down approach.

He identified two additional requirements. The first was to have a form of visionary leadership.

Second, he advocated implementing universal healthcare is by rolling it out in iterative phases (“let’s do it in small chunks”) with a target completion date of 2030. Initially this would focus on people with disabilities and the unemployed, while reforms and legislative changes are implemented in parallel.

Any sooner, such as 2021 or 2022, is simply not realistic, owing to resources, facilities and equipment not being available. Furthermore, all this must come under the stewardship of government.

Prof Chetty was similarly optimistic about the prospects of technology in healthcare in South Africa. “Virtual healthcare” was the future and there was little point in fighting it. The challenge was how to get the average doctor better acquainted with the nuances of it.

He offered the example of telemedicine and telehealth which have taken off in South Africa as a result of COVID-19 (the Health Professions Council of South Africa had been against telehealth).

Telehealth is a good opportunity to collect good data, in order to make changes in the healthcare system. But it’s good for the patient too: within the past two weeks in South Africa, patients are beginning to be monitored from the comfort of their own home via a Bluetooth monitor, that has the added benefit of a reduced cost for hospitalisation.

Doctors may remotely collect data and make whatever changes are required based on this information. Medical schemes in the private sector were already using such platforms to treat chronic illness, Prof Chetty added.

Prof Chetty spoke at Omnia Health Live Africa in his role of moderator for the discussion “UHC plans ‘pie in the sky’? – How the COVID-19 pandemic is shedding light on the best strategy for NHI”. The panel, comprising speakers from Deloitte; Gauteng Department of Health; previous Statistician-General of South Africa; and National Department of Health, looked at the best way to build NHI in South Africa, highlighting challenges and opportunities and what the new strategy can look like.