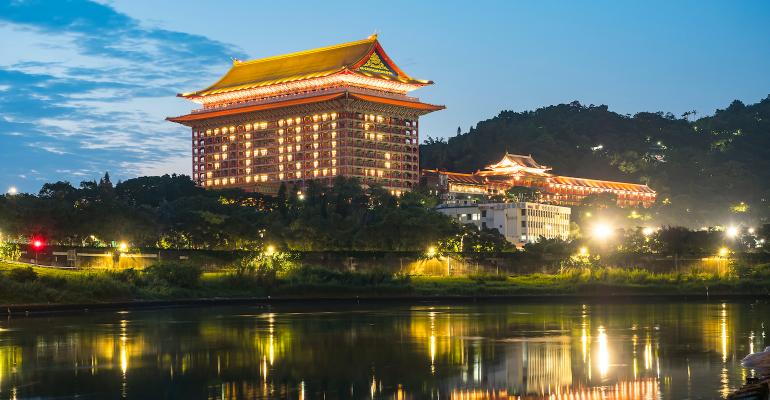 Over three days at Medlab Asia & Asia Health virtual event, experts from Cambodia, Singapore, Taiwan, Thailand and Vietnam provided insight into many of the effective approaches deployed by administrations during the pandemic.

Cambodia: How did Cambodia contain COVID-19 with few resources?

Factors accounting for this success include the following:

Singapore: Surveillance systems in a pandemic

Nearly 6,000 SGH staff were screened for COVID-19, with 6 found positive with the virus. Acute Repiratory Illness (ARI) syndromic surveillance was set up for staff and patients, while SGH continued with routine surveillance of other diseases.

SGH built an SSS by utilising the EHR database. All at risk staff were mapped in time and location, and presented in a heat map for visualisation.

Baseline data was obtained for two weeks, and thereafter reviewed daily with a weekly aggregated output. A cluster of cases was defined as more than 50% the previous baseline.

The adoption of a SSS may aid in infection prevention measures within institutions, Dr Venkatachalam commented, and may be useful to explore during the pandemic. Future steps include geospatial 3D mapping for better visualisation of data.

As of 20 September 2020, Taiwan ranked 182/188 countries worldwide for the number of confirmed cases per million people. Multiple sources, including OECD and national statistics agencies, show that Taiwan performed best worldwide in managing the economy as well as health in the pandemic in the second quarter of 2020.

He added that Taiwan is still on guard, and is still maintaining a high degree of border control, quarantine, isolation, precision testing and tracking.

In addition Taiwan is collaborating internationally in vaccine and medicine R&D, and adopting big data analytics as a further measure.

Taiwan's rapid response was underway as early as 31 December 2019. A CDC task force was convened on 1 January, and a travel alert for Wuhan was issued on 7 January.

With the announcement by the WHO that COVID-19 was a human to human viral infection halfway through the month, Taiwan's government awarded the disease Communicable Disease (category 5) status.

The most important COVID-19 strategy to date, Dr Lee emphasised, was maintaining tight border control that began with prohibiting China nationals from entering the island in early February to blocking airline passenger transits through Taiwan in late March.

Added to this rigorous border control was a series of quarantine measures that included home quarantine for 14 days upon arrival in Taiwan - a requirement also for Taiwanese citizens.

Three days prior to arrival, travellers are required to produce a report showing that they are COVID-19 negative.

PCR testing was conducted on those showing symptoms. Anyone with fever symptoms was transported to hospital in a specially designated taxi or ambulance.

Following the quarantine period, inbound visitors enter a phase of "self help management" for 7 days, where they may freely leave home but are required to call a local government hotline ahead of any hospital visit.

All quarantined arrivals are tracked by a Digital Fencing Tracking System. Anyone found by the GPS to have strayed beyond the permitted distance will receive a police visit to their home. If they are found to have broken the rules, they will receive a fine.

Government support is however available to quarantined individuals through, for example, garbage collection, meal delivery and reimbursement for the two weeks they are unable to work.

Because of Taiwan's limited testing capacity, the island has had to undertake precision testing at a rate of 8,800 per day.

Tests were offered in the following locations (designated as levels): 1) airports and harbours; 2) primary care clinics (free and subsidised by the government); 3) destinated laboratory stations; and 4) certified labs at hospitals.

Key to its control, Dr Lee explained, was a high level of public awareness and engagement. As Taiwan is not a WHO member, it must fight emerging epidemics "alone", yet its population maintains good hygiene habits, learned since elementary school.

To facilitate mask-wearing, Taiwan embarked on a Mask Rationing Plan from 24 January that included:

A name-based registration and purchasing system was additionally introduced allowing Taiwan's people to purchase masks not only from pharmacies, social welfare bureaus, public health bureaus and 7-11, but also through a mobile app.

A daily press conference was held at 2pm by the CECC who provided details around each infected case. Dr Lee described this as a "very important" way to minimise public anxiety.

The government used digital media as well as traditional to communicate to younger generations in particular, that included WeChat, Line, Facebook, Instagram and Google.

Cell broadcasts meanwhile communicated messages to the public via their phone, especially during the peak of the outbreak in Apri and May.

Thailand: Lessons learned from successful management of COVID-19 in Thailand

Thailand had already invested in health security over decades, he began. A field epidemiology training programme was in place since 1980, and access to healthcare has been free for Thai citizens since 2002, with a health security programme launched in the same year.

Dr Plipat revealed that a Johns Hopkins study in 2019 placed Thailand as the 6th best prepared country worldwide for a pandemic, awarding it a score of 73.2, and best overall in Asia.

One month after the research was released, he added, news of a cluster of pneumonia cases in Wuhan was announced.

From 31 December 2019, Thailand monitored closely the situation in China.

Emergency operations were activated on 3 January 2020 with the announcement of 44 new COVID-19 cases in China.

At that point, more than 2,000 Chinese nationals from Wuhan alone were streaming into Thailand daily, arriving at Bangkok, Chiang Mai and Phuket airports.

On 8 January, the first case of pneumonia caused by the coronavirus surfaced in Thailand - a 61 year old female tourist who landed at Bangkok airport with mild respiratory symptoms.

The case was reported to the WHO on 13 January and announced by the Ministry of Health.

Thailand changed its case definition from any traveller from China to any Thai national who had been in contact with a Chinese tourist.

By 31 January - one full month after the Wuhan outbreak was first reported - Thailand recorded its first human-to-human COVID-19 transmission, a taxi driver who had never been to China.

The cumulative number of cases topped 19, and one month later this had increased to 42.

This was followed by the closure of public places such as sports grounds, schools and entertainment places, while employers were asked to consider allowing staff to work from home.

COVID-19 cases peaked at 188 in March, and a state of emergency came into effect, restricting domestic travel between provinces and imposing a 14-day self-isolation on inter-province travellers, and requiring visitors from high-risk countries to quarantine for 14 days.

Thailand imposed stricter measures the following month. A curfew was introduced, all commercial flights into the country were banned, and all Songkran activities were banned.

The impact of all of this was the number of new daily infections were reduced to a single digit.

The beginning of a return to normal commenced in May, with Thailand opening up in phases, and by the end of the month the last confirmed case was reported - under the first wave.

Since 7 September, only 47 cases were reported - a major fall from 636 registered over the 99 days prior - with zero community transmission.

She added that Vietnam is cited by global media as having one of the best-organised epidemic control programmes in the world.

From the outset the pandemic was seen by Vietnam's government as akin to fighting a war, according to the speaker. As such, the government prioritised: 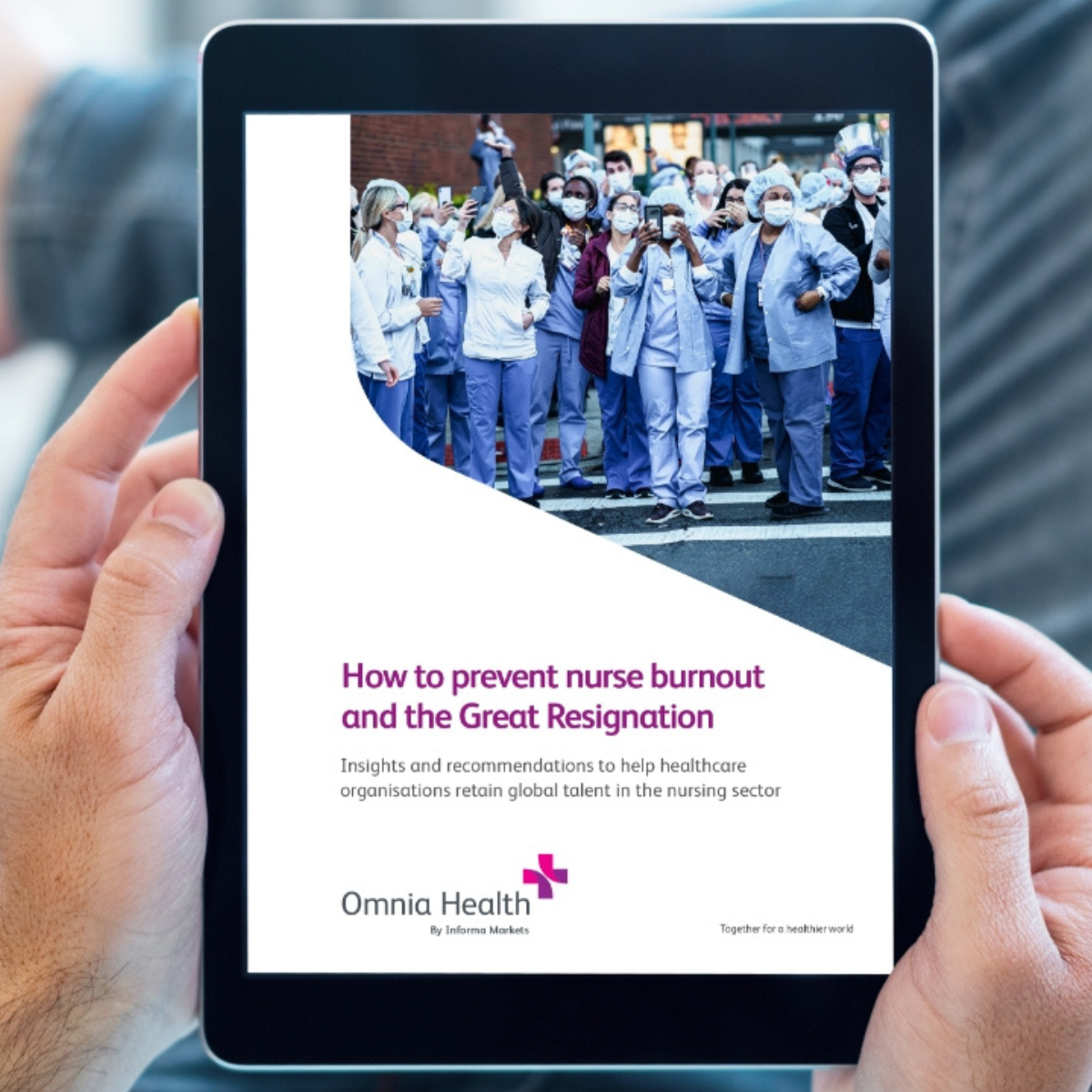