HomeManagementShow NewsHow 3D printing promises to enable healthcare in space
Recent
Can healthcare robots answer physical and emotional needs?
May 27, 2022
The deadly case of the Therac-25: a warning for medical AI
May 26, 2022
Innovation vital in the evolution of clinical trials
May 25, 2022
Emerging cases of monkeypox investigated
May 24, 2022
POLL
The essentials of personalised healthcare in low-budget regions
May 23, 2022
The Florida International Medical Expo gears up for landmark 2022 event
May 23, 2022
AI, big data, VR and blockchain expected to power patient-centric applications
May 20, 2022
Dubai Hospital launches ‘Da Vinci Xi’ surgical robot to perform robotic-assisted minimally invasive surgeries
May 19, 2022

How 3D printing promises to enable healthcare in space 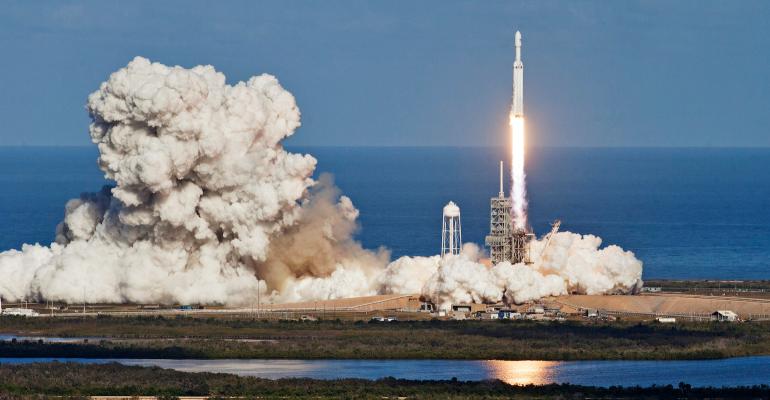 3D printing and telemedicine have exciting potential, and not only on Earth, according to Healthcare Transformation Talks speakers at Arab Health 2022.

3D printing can help physicians and surgeons in creating different models that may be used in space, as well on Earth to help train physicians, speakers revealed on the last day of Arab Health 2022.

“One of the things that always strikes me when we try to challenge ourselves is that we have to be creative and invent new technologies,” said Dr Scott E. Parazynski, Ambassador for 3D Life, who spent 17 years at NASA as an astronaut, during a panel talk named "Medical 3D Technologies: From Earth to Space" at the Healthcare Transformation Talks.

“Those technologies have enormous value. It's the reason we make investments in space - so we can improve life for all of us,” added Dr Parazynski.

He gave the example of telemedicine, which has helped the space programme through taking care of astronauts remotely. Remote patient monitoring (on Earth) helps improve patient’s lives and also reduces costs of healthcare significantly, he continued.

“My vision for telemedicine is that you can give feedback to a surgeon in Singapore while he operates on someone in Nigeria. All you will need is human precision,” he stated. “When there is a daunting challenge you have to do things that have never been done before,” he told the audience.

3D printing in healthcare: exciting, but with limitations

Henry Pinchbeck, CEO, 3D LifePrints in London said during the discussion that 3D printing is “a factory in a box, with the ability to produce individual items," while cautioning that the technology comes with limitations such as cost. “it's really expensive,” he said.

3D LifePrints is a technology company that uses 3D printing to create patient solutions. Pinchbeck elaborated that while people expect a lot from 3D printing, the technology remains limited.

According to Dr Parazynski, when humans start to think of going to Mars one day, they will want to take raw materials to the red planet, rather than a complete ICU. “It's a very exciting capability used in space,” he commented.

One of the Earth examples provided was of a patient with a tumour in the pelvis and they needed margin that was designed digitally from a CT scan. It was manufactured and the surgeon was able to cut through and insert it around the tumour.

“The patient is individual, the tumour is individual, so you want something that captures this and allows the surgeon to conduct their surgery,” said Pinchbeck, adding that the future of healthcare was to look at patients' specific solutions. “Intuitively and scientifically patient specific devices are better than non patient specific,” he explained.

He added that while patient specific solutions are still not in the centre of conferences such as Arab Health, they would pick up eventually as more research is invested.

The speakers also explained that 3D printing can help train surgeons, through for example having a 3D printed silicone heart where trainee surgeons can test the process on it.

“Training has actually changed dramatically in the last 10 years, with a limited number of hours now,” said Dr Parazynski. “We need to rely more on simulators, so that we replicate some of the common challenges and do that surgery over and over again”.