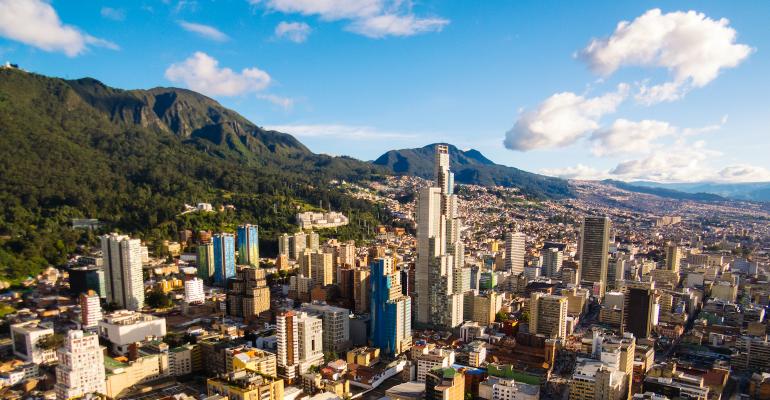 Colombian healthcare continues to grow in international appeal, according to Ricardo Pedroza, US Director at ProColombia, despite or because of the pandemic.

Speaking to Omnia Health Insights (video below), he elaborated on several of the Latin American nation’s strengths in health tourism and health tech.

Travel - and medical travel - to Colombia has grown in importance in recent years. Many arrive for healthcare services in Bogotá, Cali, Bucaramanga and Medellín from nearby Caribbean islands, Venezuela, Panama and Ecuador. They have been coming from the United States, too, where accreditation organisations are promoting Colombian health services.

While the pandemic has hit the nation's tourism hard, one-third of Colombia's population has already received at least one shot of a Covid vaccine and important new measures have been introduced to reassure international travellers.

As recently as December 2020 a new law was passed (2068) aiming to regulate key aspects related to the promotion of Colombian tourism, including health travel.

To minimise Covid-19 transmission as much as possible, meanwhile, and generate trust among travellers, Colombia introduced a biotourism safety seal - the first country in Latin America to do so.

Bearing the words “Check In Certificado”, the seal was created by the Ministry of Trade, Industry and Tourism in May 2020. Its launch encourages any business complying with biosafety protocols, whether an airline or tourism service, to display voluntarily the seal. It has furthermore received international endorsement by the World Travel Organization.

The Covid-19 pandemic has also spurred Colombia's health tech growth, Pedroza continued, pointing to the success of 1Doc3, a local startup with a regional presence.

The AI-assisted telemedicine platform has gone from 35,000 virtual consultations per month in December 2020 to 59,000 - a jump of 69%. 1Doc3, which provides affordable care to millions, has furthermore raised $3 million.

Nowhere exemplifies Colombia’s growing tech appeal better than Medellín, the second city with an eye on the future and the subject of much international media interest in recent years, popular with big tech and digital nomads alike.

ProColombia's US Director attributed Medellín’s success in part to its strong ecosystem, explaining that the city has partnered with regional government, universities, companies and other stakeholders. With all moving together in one direction, Medellin district has become an enticing hub for science, technology and innovation in Colombia.

Medellín aside, Colombia's health tech prospects are bright. its national workforce is the third most highly qualified regionally, while its economy remains one of the fastest growing in Latin America.