HomeManagementShow NewsDo COVID-19 vaccines cause infertility?
Recent
Can healthcare robots answer physical and emotional needs?
May 27, 2022
The deadly case of the Therac-25: a warning for medical AI
May 26, 2022
Innovation vital in the evolution of clinical trials
May 25, 2022
Emerging cases of monkeypox investigated
May 24, 2022
POLL
The essentials of personalised healthcare in low-budget regions
May 23, 2022
The Florida International Medical Expo gears up for landmark 2022 event
May 23, 2022
AI, big data, VR and blockchain expected to power patient-centric applications
May 20, 2022
Dubai Hospital launches ‘Da Vinci Xi’ surgical robot to perform robotic-assisted minimally invasive surgeries
May 19, 2022

Do COVID-19 vaccines cause infertility? 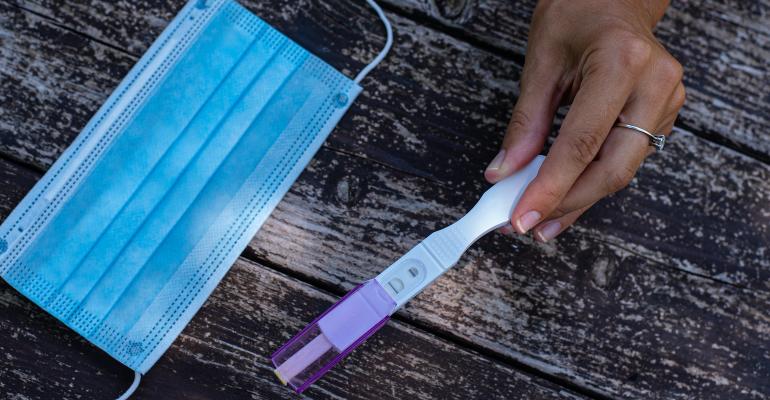 Whie further study is warranted, there is no evidence that COVID-19 vaccines impact fertility in men and women.

There is no evidence that COVID-19 vaccinations cause infertility in women and men explained Dr Johnny T Awwad, Professor of Obstetrics and Gynecology at the American University of Beirut Medical Center during his session "COVID-19: Impact on fertility" on the last day of Arab Health 2022.

However, he explained that the topic remained challenging as due to its urgency most of the published data did not go through peer review. There are only a small number of observations, and the mode of viral transmission is also likely to change with the emergence of new variants “which could make this presentation obsolete in a month,” he told the audience.

According to Dr Awwad, the SARS-CoV-2 spike protein binds to ACE2 to enter the host cell, and ACE2 is found in both male and female reproductive systems.

Dr Awwad quoted research that said there was no influence of COVID-19 vaccines on menstrual cycle characteristics, and there were no detrimental effects on ovarian response.

There was greater impact, however, on the length of the menstrual cycle, extended for women who received vaccination. Women who received both vaccine doses in a single cycle had a two day increase in their cycle length compared with those unvaccinated. Approximately 10 per cent have experienced a change in cycle length.

This topic remains subject to research as it has been reported by thousands of women that their periods changed after their COVID vaccination. The American government has announced funding to further research to understand the correlation in disruption.

Overall he said COVID-19 vaccines did not appear to influence ovarian follicular dynamics. There was no significant difference in AMH level before and after vaccination for any of the three age groups of women measured.

He explained that the menstrual cycle changes that have been reported so far are due to an immune response to the vaccination, and do not present evidence that the vaccine causes infertility.

Dr Awwad explained that while motility and vitality were significantly decreased in mild cases, all semen parameters were affected moderately. He added that most of the published studies so far could not detect the presence of the virus in semen samples. Furthermore, the semen parameters following vaccination were predominantly within normal World Health Organization reference ranges.