HomeWebinars & ReportsReportsThe Shisha Habit: A Global Epidemic
Recent
Can healthcare robots answer physical and emotional needs?
May 27, 2022
The deadly case of the Therac-25: a warning for medical AI
May 26, 2022
Innovation vital in the evolution of clinical trials
May 25, 2022
Emerging cases of monkeypox investigated
May 24, 2022
POLL
The essentials of personalised healthcare in low-budget regions
May 23, 2022
The Florida International Medical Expo gears up for landmark 2022 event
May 23, 2022
AI, big data, VR and blockchain expected to power patient-centric applications
May 20, 2022
Dubai Hospital launches ‘Da Vinci Xi’ surgical robot to perform robotic-assisted minimally invasive surgeries
May 19, 2022

The Shisha Habit: A Global Epidemic

Shisha contains tobacco, exposing its users to nicotine, tar, carbon monoxide in addition to heavy metals, such as arsenic and lead. Hence, diseases like heart disease, cancer, respiratory disease and problems during pregnancy, which are characteristic of cigarette use are also encountered by shisha smokers

Shisha smoking – also called hookah, narghile, waterpipe, or hubble bubble smoking – is a way of smoking tobacco, sometimes mixed with fruit or molasses sugar, through a bowl and hose or tube. The tube ends in a mouthpiece from which the smoker inhales the smoke from the substances being burnt, into their lungs.

Despite the many perils of shisha smoking, shisha is gaining popularity among the youth, which is a cause of great concern.

Epidemiology
The Global Youth Tobacco Survey concluded that, whilst cigarette smoking prevalence was decreasing among 13-15-year-olds, 33 out of 97 global regions showed an increase in other tobacco use which was mostly attributed to shisha. Nine per cent to 15 per cent of 13 to 15-year-old school children in several countries in the Arabian Peninsula (Bahrain, Oman, United Arab Emirates, Kuwait and Yemen) indulge in waterpipe smoking, mostly surpassing the prevalence of cigarette smoking. According to a recent survey 8.4 per cent of students in the U.S. smoked shisha, which is second only to cigarettes. A study in Karachi, Pakistan, revealed 22.7 per cent of medical and dental students are shisha smokers. In another study carried out at Aga Khan University Karachi, shisha prevalence was found out to be 53.6 per cent.

Attitudes Regarding Shisha Use
Social norms
Social norms affect waterpipe tobacco smoking in a similar fashion to cigarettes, working via peer influence through modelling or imitation of friends’ behaviour, or through selective reinforcement by peers or parents of certain behaviours. For example, parental and peer waterpipe tobacco use is consistently and strongly associated with individual waterpipe tobacco use in a number of settings, including several Middle Eastern countries, Sweden, and the U.S. In a qualitative study across four countries in the Middle East, one participant was quoted as saying, “Now my father is enjoying smoking waterpipe with me. Every night, he prepares his waterpipe and asks me: don’t you want to prepare your own?” (Woman, smoker, 18–25 years – Lebanon). This study concluded by suggesting that socio-cultural norms towards waterpipe tobacco far outweighed its health considerations. Social media may have a role to play, given that from a random sample of 5,000 waterpipe-related tweets in 2014, 87 per cent normalised waterpipe use by making it seem common, normal to use, and portraying it positively.

Injunctive norms
Approval or disapproval of waterpipe tobacco smoking is known as injunctive norms, and this area has mixed findings. Given waterpipe tobacco smoking is commonly performed as a social activity with friends or family, and a key feature of its use is sharing between users, it is seen as socially acceptable. In examples from Lebanon and Jordan, authors found that the encouragement from friends and family influenced waterpipe tobacco, whereas having friends who disapproved of waterpipe tobacco was associated with less use. This pattern has also been reported among youth in India, and in cross-sectional studies of Arab Americans in the U.S. and adolescents in Lebanon, friend and family influence was associated with waterpipe tobacco initiation for both male and female users. Among adolescents in Lebanon, nearly 30 per cent of waterpipe users had it paid for by their parents.
Despite this, disapproval of waterpipe tobacco use has been documented in literature. In a cross-sectional study among 547 university students in Jordan, about 30 per cent of users claimed that their parents would discipline them if they found out about their waterpipe use; interestingly, this figure was higher for men (35 per cent), compared with women (20 per cent).

A common misconception fuelling this epidemic is the belief that shisha use is not addictive or injurious to health because the water used in the pipe absorbs nicotine. The reality however is in stark contrast to this. Shisha smokers are exposed to enough nicotine to develop an addiction because only some nicotine is absorbed by water.

A study reports that 30 per cent of university students consider shisha to be less deleterious than cigarette. Twenty one per cent out of 206 male shisha smokers in Egypt shared a similar belief. Similarly, 60 per cent of the Pakistani populace considers cigarettes to be more harmful. Studies in Egypt, Malaysia and Jordan delineated similar attitudes.

However, water pipe smoking carries three additional health risks over cigarette smoking. Firstly, the coal over which shisha is smoked adds to the already long list of toxins present in tobacco. Secondly, a single shisha session results in the smoker inhaling up to 200 times more smoke than cigarette smokers. Thirdly, the rates of second-hand smoking associated with shisha are high due to its high social acceptance.

Because of the way a hookah is used, smokers may absorb more of the toxic substances also found in cigarette smoke than cigarette smokers do. An hour-long hookah smoking session involves 200 puffs, while smoking an average cigarette involves 20 puffs. The amount of smoke inhaled during a typical hookah session is about 90,000 millilitres (ml), compared with 500–600 ml inhaled when smoking a cigarette.

Health Effects
Shisha smoking predisposes its users to a plethora of cancers like lung, bladder, and oral cancers. Dar NA reports that there is significant association between esophageal carcinoma and shisha smoking (OR = 1.85, 95 per cent CI, 1.41-2.44). Its association has also been reported in studies conducted in China, India and Iran. Shisha also increases the risk of developing pancreatic and prostate cancer. There is significant association between shisha smoking and squamous cell carcinoma and keratoacanthoma of lip. In terms of gastric cancer, a large 10-year prospective cohort study supported the association with waterpipe tobacco smoking even after adjusting for cigarette smoking. In this study, waterpipe tobacco smoking was associated with 3.4 (95 per cent CI: 1.6–7.1) times the risk of developing gastric cancer compared with non-smokers.

Hookah tobacco and smoke contain many toxins that can cause clogged arteries and heart disease. In a cross-sectional study from Iran of more than 50,000 participants, waterpipe tobacco users had nearly four times the odds of self-reported ischaemic heart disease or heart failure compared with non-users. In another cross-sectional study from Lebanon, 1,210 patients from four hospitals were evaluated for angiographically defined coronary artery disease. Patients with a long history of waterpipe tobacco smoking had three times the odds of severe stenosis compared with non-smokers.

A study in Saudi Arabia showed that total antioxidant capacity and vitamin C levels were lower in smokers than in non-smokers.

Furthermore, mothers who smoked water pipes every day while pregnant had babies who weighed less (at least 3½ ounces less) than babies born to non-smokers. Babies born to hookah smokers are also at increased risk for respiratory diseases.

A research has found that cognitive functions including attention, alertness, and memory were significantly impaired in healthy adult shisha smokers compared to non-shisha smokers.

It was evaluated that the practice of sharing a waterpipe mouth piece poses a serious risk of transmission of communicable diseases including Tuberculosis and Hepatitis. The waterpipe and the water inside the shisha apparatus can become an abode for bacteria such as those causing TB which can lead to the spread and transmission of the disease. There is also some evidence that Shisha use may also decrease the sperm count in men.

Addiction and Cessation
Whereas one session of shisha exposes users to an amount of nicotine equivalent to smoking one to five cigarettes, literature review has shown that for daily shisha smokers a single shisha session has nicotine exposure equivalent to 10 cigarettes due to cumulated increase in nicotine over time.

Similar signs of nicotine addiction are seen in shisha smokers as are seen in cigarette smokers: failed quit attempts, cravings and withdrawal symptoms despite claims that quitting shisha is “not at all hard”.

The way forward
Changing perceptions:
The most important step in curbing the spread of shisha smoking is to reduce its social acceptance and make people aware about shisha being even more hazardous than cigarette smoking. Glamorisation of shisha and use in mainstream media should also be checked to prevent youngsters from indulging. Public health messages delineating the hazards of shisha smoking should be disseminated in electronic, print and social media. Awareness campaigns for school, college and university students should be organised and its perils should also be included in school curriculum.

Government actions and legislation
Measures like banning shisha cafes and banning shisha in restaurants should be implemented. Shisha cafes are a major cause of the spread of this habit and hence, they must be banned. Shisha smoking must be banned in all public spaces and educational institutions. Most countries in the region have laws banning smoking at public places. As shisha contains tobacco, laws should cover shisha in this ban as well. 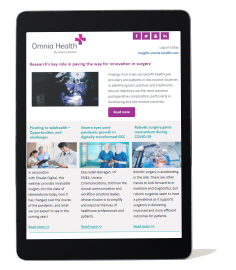