Mechanical Thrombectomy for Acute Ischaemic Stroke in the UAE 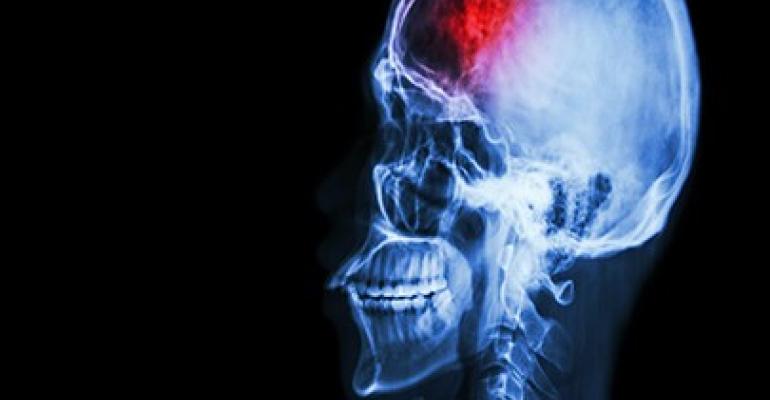 The Magnitude of Stroke in the UAE

Stroke is a devastating disease for the patient and family and is estimated to cost the UAE around AED 3 billion per year, with additional cost to the economy of a further AED 4 billion in lost productivity, disability and informal care. About 20 per cent of patients die within the first year (and most of these patients die within the first three months) and over 50 per cent of survivors are left with long-term disability.

A disproportionately high share of the disability burden arises within the 30-50 per cent of patients with proximal large artery occlusive stroke. Many of these patients will have a mixture of cognitive, mood and physical function problems.

Almost 85 per cent of strokes are ischaemic, resulting from a blood vessel becoming blocked. Brain tissue is then damaged from a lack of oxygen and nutrients. Up to 10-20 per cent of people with ischaemic strokes from large vessels occlusion are suitable for and respond to intravenous thrombolysis. However, many of those treated will not benefit because the blood clot is too large and does not completely dissolve.

In addition, some patients cannot receive the treatment due to contraindications such as recent surgery, late presentation or being on anticoagulant (blood-thinning) drugs. For some of these patients, the evidence suggests that mechanical thrombectomy performed within six-twenty-four hours of the onset of symptoms is an effective treatment that can reduce brain damage and prevent or limit long term disability. Evidence suggests that the quicker this intervention is delivered the greater the benefits. Other than established intravenous thrombolysis, there are no other acute interventions that have been shown to reduce the area of infarcted brain despite efforts to develop new and more effective thrombolytic agents or neuroprotective drugs.

The group of patients that are likely to benefit from mechanical thrombectomy are those with proximal occlusion of the internal carotid or middle cerebral arteries who present early after the stroke before there is irreversible ischaemic damage to the brain. These patients, often with extensive thrombus, are much less likely to respond to the conventional intravenous thrombolysis and more likely to experience severe disability. Around 40 per cent of ischaemic strokes are caused by a large artery occlusion (LAO).

For patients who do not respond to intravenous thrombolysis there has previously been no active intervention available to prevent brain damage. Treatment in these patients is limited to rehabilitation and high-quality nursing care.

The Intervention A specially-designed clot removal device is inserted through a catheter into the blocked artery to remove the clot. The catheter is usually inserted into the femoral artery in the groin and advanced up to the location of the blockage. The clot removal device is then inserted through the catheter to remove the clot (thrombus) blocking the artery. The device could be just an aspiration catheter or stent retriever or the two combined.

In addition to introducing this procedure, the intervention will require a new model of care, which builds on existing acute stroke networks to improve outcomes for adults and improve access to the procedure as soon as possible after the onset of stroke symptoms.

An extensive search of the international research literature was undertaken to establish the effectiveness of mechanical thrombectomy. Sixteen relevant research studies; seven trials, and a further nine systematic literature reviews and meta-analyses (two of which use secondary analyses of pooled trial data) were identified as relevant and were examined in detail. All seven trials examined the effects of mechanical thrombectomy on patients who were functioning independently prior to their stroke. All reported strongly positive findings, with the proportion of people who could function independently at 90 days following stroke increasing by between 19-35 per cent. All trials also examined the safety of the mechanical thrombectomy, usually by monitoring total mortality and the probability of an intracranial haemorrhage. None of the trials showed a significant excess of either of these outcomes compared with best medical treatment.

The facilities, personnel and equipment required to undertake thrombectomy take time to coordinate. These studies provide valuable insights into the time this takes, measured by time from arrival in a healthcare facility to arterial puncture. For most patients admitted direct to the thrombectomy hospital site, arterial puncture was achieved within an hour and a half of admission (median 81 minutes) and in just under two hours (median 116 minutes) for those requiring transfer to the thrombectomy centre (Goyal et al., 2016). The trials differed in aspects of their design, including the interventions allowed as best medical therapy. However, many examined the effects of adding mechanical thrombectomy to a best medical therapy protocol that included intravenous thrombolysis (which has to be administered within 4.5 hours of stroke onset), with prompt initiation of further therapy (aiming for clot retrieval within six hours).

The Benefit of Mechanical Thrombectomy

Five systematic literature reviews synthesised the results of the same/similar pool of studies and reached similar conclusions. The absolute chance of patients being able to function independently at 90 days after stroke were improved by around 20 per cent (19-22 per cent) among those undergoing mechanical thrombectomy compared with controls (Bush et al., 2016, Marmagkiolis et al., 2015, Lambrinos et al., 2016, Touma et al., 2016, Anonymous, 2016). This suggests that for every four to six patients undergoing thrombectomy following stroke, one more will be able to function independently at 90 days, compared to those that receive thrombolysis alone. The studies that pooled individual level data gave similar findings. The larger of these calculated median disability scores at 90 days, and concluded that the median score on the Modified Rankin (mR) scale for those who received best medical therapy was four, i.e. that patients were moderately severely disabled. In contrast, the median score at this time for patients who had also undergone mechanical thrombectomy was two i.e. they were able to function independently. Further, using a “differences in differences” approach mechanical thrombectomy increases the odds of being in a less disabled category at 90 days (one point different on the mR scale) by more than two-fold (Odds ratio 2.26 p<0.0001) (Goyal et al., 2016).

Time Is Brain, Do Not Delay

Pooled analysis allowed other factors to be explored, particularly the significance of time from symptom onset to key events in the treatment pathway, such as decision to treat (randomisation), start of procedure, and restoration of cerebral blood flow.

The HERMES study (Saver et al. 2016) identified that the absolute chance of being functionally independent 90 days after thrombectomy diminish by 3.4 per cent with each hour’s delay to starting the procedure (arterial puncture), and the probability of a beneficial reduction in decline in disability (one point on the mR scale at 90 days) fell by 5.3 per cent for each hour’s delay. Whilst treatment benefits fell, the outcomes for those undergoing thrombectomy were better than those receiving best medical therapy for up to seven hours from stroke onset (i.e. where arterial puncture could be achieved within this time). In summary, for every four to six people with an acute ischaemic stroke who present with an identifiable occlusion in the anterior cerebral circulation who undergo mechanical thrombectomy, one more person will be functioning independently at three months compared with if they had received intravenous thrombolysis alone.

Specifically, to ensure that those with the most to gain achieve important benefits, a decision should be made on both thrombolysis and on referral for thrombectomy within 4.5 hours of stroke onset, ideally achieving arterial puncture within six hours.

Mechanical thrombectomy will be routinely performed for patients, of all ages with proximal occlusion of the internal carotid or middle cerebral arteries who present early after the stroke before there is irreversible ischaemic damage to the brain.

The criteria that would need to be met for treatment are:

1) Thrombectomy (clot retrieval) can be achieved within six hours of the onset of symptoms, unless advanced brain imaging (perfusion or multiphase computed tomography angiography (CTA)) indicates substantial salvageable brain tissue is still present up to 24 hours after the onset of symptoms. And either: Where there has been an inadequate response to intravenous thrombolysis by the time of groin puncture, OR b) for patients who are unable to receive intravenous thrombolysis because they are on anticoagulants or have had recent surgery, and

2) Where a proximal occlusion (intracranial carotid; and/or, M1 or proximal M2 segments of middle cerebral artery) in the anterior cerebral circulation is demonstrated on vascular imaging.

The NIHSS is used to measure the severity of a stroke. It scores areas such as level of consciousness, vision, sensation, movement, speech and language with a maximum of 42 points representing the most severe symptoms.

The levels of stroke severity on the NIHSS are categorised as: 0: no stroke/5–15: moderate stroke/16–20: moderate/severe stroke/21–42: severe stroke.

This is a functional assessment scale that measures the degree of disability or dependence of people who have suffered a stroke. The scale runs from perfect health without symptoms to death:

1: No significant disability. Able to carry out all usual activities, despite some symptoms.

2: Slight disability. Able to look after own affairs without assistance, but unable to carry out all previous activities.

3: Moderate disability. Requires some help, but able to walk unassisted.

4: Moderately severe disability. Unable to attend to own bodily needs without assistance, and unable to walk unassisted.

2) No appropriate vascular access or contraindications to arterial puncture

The model of care includes; the admission of patients to an emergency department in the nearest hospital with a hyperacute stroke unit (HASU); undertake the initial investigations including CT or magnetic resonance (MR) angiography; start treatment with intravenous thrombolysis as appropriate; and then transfer urgently those who might benefit from thrombectomy and fulfil the inclusion criteria, to the nearest thrombectomy centre that fulfils the criteria and is equipped to provide thrombectomy services.

Acute ischemic stroke is a major cause of death or disability in industrialised countries. Significant modifiable factors influencing the clinical outcome are the time span between symptom onset and revascularisation, recanalisation rate and the occurrence of symptomatic intracranial haemorrhage (sICH). Recanalisation has been shown to be the most important modifiable prognostic factor for favourable outcome in ischemic stroke treatment. Successful recanalisation overall increases the chance of favourable outcome 4-fold compared to patients without recanalisation, and decreases the mortality rate 4-fold. The importance of recanalisation is even more pronounced in basilar artery occlusion, where the chance of an independent life is only 2 per cent in patients without recanalisation.