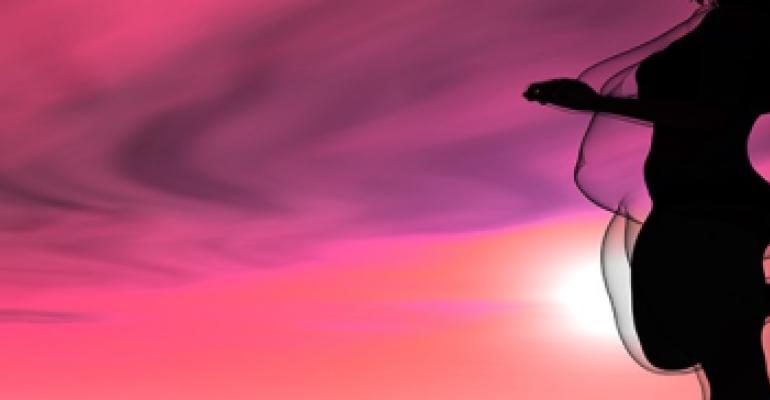 It is beyond doubt that obesity is a global pandemic, with the World Health Organization approximating 2.3 billion adults to be overweight and >700 million to be obese in 2015.

It is a chronic illness identified in children, adolescents, and adults worldwide and in the U.S. alone, 35 percent of adults (roughly 100 million people) and 17 per cent of children are obese.

It is therefore not surprising that today bariatric surgery has become an important player in tackling the heat burden of obesity. Bariatric surgeries are one of the most rapidly growing operative procedures performed worldwide, with an estimated >340,000 operations performed in 2011, and in Asia alone the absolute growth rate was 449 per cent between 2005 and 2009.

Complications following surgical treatment of severe obesity vary based upon the procedure performed and can be as high as 40 per cent. Below the major complications of bariatric surgery are outlined based on the different procedures individually.

Roux-en-Y Gastric Bypass
Roux-en-Y Gastric Bypass (RYGB) is one of the most common bariatric procedures performed today. The procedure involves the creation of a small gastric pouch and an anastomosis to a limb of jejunum. This causes restriction in the amount of food as well as bypassing a part of the small bowel, limiting absorption. Although complex, the gastric bypass in expert hands is considered the gold standard of the bariatric procedures by many experts.

Outlined below are some of the common complications arising after the procedure:

Anastomotic Stenosis
Anastomotic stenosis, at the gastrojejunostomy, is believed to occur in six to 20 per cent of patients post RYGB. The cause is uncertain, but proposed theories include: tissue ischemia, marginal ulcer, or increased tension on the gastro-jejunal anastomosis. Stenosis rate is higher in laparoscopic versus the open technique of RYGB and may be related to the use of circular staplers of small diameter. Anastomotic stenosis occurs when the anastomosis narrows to a diameter of <10 mm. Patients typically present in the initial post-operative period with nausea, vomiting, dysphagia, reflux, and possibly an inability to tolerate oral intake. The symptoms usually warrant endoscopy or an upper gastrointestinal series, both which can diagnose the condition. Endoscopic balloon dilation is usually the treatment and is most of the time successful, with 70-80 per cent responding to one dilatation.

Marginal Ulcers
Marginal ulcers typically occur at gastrojejunostomy site and have been reported in 0.6 to 16 per cent of patients. Common causes of marginal ulcers include poor tissue perfusion at the anastomosis, presence of foreign material (staples or suture), non-steroidal anti-inflammatory drug use, Helicobacter pylori infection and smoking. Treatment of marginal ulcers comprise mostly of acid suppression with a prolonged course of proton pump inhibitors, usually followed by an endoscopy to ensure healing. Medical management is successful in 85 to 95 per cent of patients, but surgery may be indicated if perforation occurs or if symptoms persist despite medical therapy.

Internal Hernias
Internal hernias occur in mesenteric defects that are created during a RYGB.  These sites include the jejunojejunostomy mesenteric defect, Petersen’s defect (between the transverse mesocolon and Roux-limb mesentery) and in the transverse mesocolon in retrocolic bypasses. Internal hernias have been described in up to five per cent of patients after RYGB, and mesenteric defects are often closed with nonabsorbable sutures to reduce this incidence. Most bariatric surgeons will recommend closure of the mesenteric defects to decrease the risk of internal hernia. These usually are associated with successful weight loss possibly due to the re-opening of the hernial spaces due to reduction of the intra-abdominal fat and mesenteric fat. Conditions that increase the intra-abdominal pressure can precipitate internal hernia and our group has treated two cases of internal hernia presenting within a week from abdominoplasty for body contouring after gastric bypass. Internal hernias can be difficult to diagnose as their radiographic detection is complicated by their intermittency, with the pathognomonic “mesenteric swirl” sign on CT scan serving as the best indicator of diagnosis. In cases of diagnostic uncertainty diagnostic laparoscopy with inspection of the potential hernial spaces is recommended.

Dumping Syndrome
Dumping syndrome can occur in post-RYGB patients and is due to ingestion of large amounts of simple carbohydrates. There are two types of dumping syndrome: early and late. Early dumping syndrome has a rapid onset (15 minutes) and is the result of rapid emptying of food into the small bowel. Late dumping syndrome can also occur, but its pathophysiology is not fully understood and likely includes changes in hormonal and glycemic patterns. Treatment usually involves behavioural modification, such as small, frequent meals, and separating solids from liquid intake by 30 minutes. In addition, patients are asked to avoid foods that are high in simple sugars and consume a diet consisting of high fibre, complex carbohydrate, and proteins instead. In the author’s experience, most patients exhibit symptoms of dumping but in the vast majority, patients are transient and respond well to dietary modification. In 0.5-1 per cent of cases, symptoms can be severe, persistent and difficult to manage.

Sleeve Gastrectomy
Laparoscopic sleeve gastrectomy (SG) is increasingly becoming a widely employed bariatric operation as it shows good weight loss and resolution co-morbidities. The procedure involves stapling the stomach over a bougie and removes a large portion (around 80 per cent) of the stomach. The most common complications of SG include leaks, and stenosis of the sleeved stomach and gastroesophageal reflux disease.

Gastric Leaks
Gastric leak after SG is one of the most serious complications and can occur in up to 5.3 per cent of patients. Although the etiology is unknown, leaks are thought to be due to local factors at the site of the staple line, including inadequate blood supply and gastric-wall heat ischemia. In addition, the sleeved stomach produces a high-pressure system, which can complicate the healing process and lengthen the amount of time for a leak to close. The mainstay of treatment for leaks includes early diagnosis, adequate drainage and gastric decompression. Clinically stable patients usually undergo percutaneous drainage of any collections, antibiotic therapy, and parenteral nutrition to augment the healing process. Endoscopic therapy with the use of stents has been proposed for management of leaks, but it comes with its own complication risks as well.

Sleeve Stenosis
Narrowing or stenosis of the sleeved stomach is a possible complication after SG and the presentation can vary depending on the severity. Symptoms typically include dysphagia, vomiting, dehydration and the inability to tolerate diet. Two of the most common areas where stenosis occurs are the gastroesophageal junction and the incisura angularis, and this is usually diagnosed by a barium swallow test. Theories behind the development of narrowing or stenosis are over-sewing the staple line and using a bougie that is too small in size. Initial management of stenosis consists of endoscopic dilation. In cases where the area of stenosis is not amenable to endoscopic therapy, surgical intervention is necessary with conversion to a RYGB.

Reflux
Gastroesophageal reflux (GERD) with symptoms including burning pain, heartburn, and regurgitation can occur as an early or late complication after SG. Anti-reflux medical therapy is usually the mainstay of treatment, however GERD unresponsive to medical therapy are typically treated by conversion to RYGB. There are emerging reports of increasing rates of late GERD following sleeve gastrectomy and potential development of Barrett’s oesophagus with its potential association with cancer risk and the need for long term surveillance. In the author’s experience, there is also increasing evidence of documented with manometry of oesophageal dysmotility following sleeve gastrectomy. As the sleeve gastrectomy is a relatively new operation,  the exact effects of the oesophageal dysmotility post gastric sleeve in the long term remains to be seen.

Gastric Banding
Gastric banding (GB) is a restrictive procedure involving placement of an adjustable band at the gastric cardia near the gastroesophageal junction. The band can then be adjusted by injecting or removing saline from a subcutaneous port attached to it. GB is considered a safe as a bariatric procedure that does not alter the anatomy and has a very low mortality rate. Several complications are associated with it, most commonly band erosion, slippage and esophageal dilatation.

Band Erosion
Band erosion through the stomach has been reported in up to 1 per cent of GB patients. It is thought to occur as a result of an excessively tight band leading to gastric wall ischemia. Band erosion is usually diagnosed by endoscopy and warrants its surgical removal as treatment.

Band Slippage
Band slippage involves migration of the band from its normal position leading in turn to symptoms of food intolerance, epigastric pain, and acid reflux. Anterior band fixation by gastro-gastric sutures is commonly performed to prevent band slippage. It occurs in 3 per cent of cases and can appear any time after surgery either as an acute slippage or in a more chronic form. Diagnosis can be confirmed radiologically demonstrating an alteration in the normal position of the band. Depending on the presentation of the patient, surgical removal or repositioning of the band is usually required on an elective or emergency basis.

Esophageal Dilatation
Esophageal dilatation proximal to the band is a recognised complication and it is usually associated with long-standing bands. Although the exact mechanism is unknown reports associate its development with a band that is inflated excessively. Treatment initially involves band deflation with surgical removal of the band or conversion to a stapling procedure if symptoms fail to respond.

Intra-gastric Balloon
Although not a surgical procedure per se, intragastric balloons have recently played a pivotal role in serving as both primary standalone weight loss procedure and planned first stage of a definite bariatric surgery. Initially considered very safe, recent evidence has emerged regarding the observed complications of balloon rupture and migration, small bowel obstruction, gastric perforation and even death. This has led the Food and Drug Administration in the United States to place a warning to consumers and healthcare providers regarding their safety.