Why you need to kick your tobacco habit 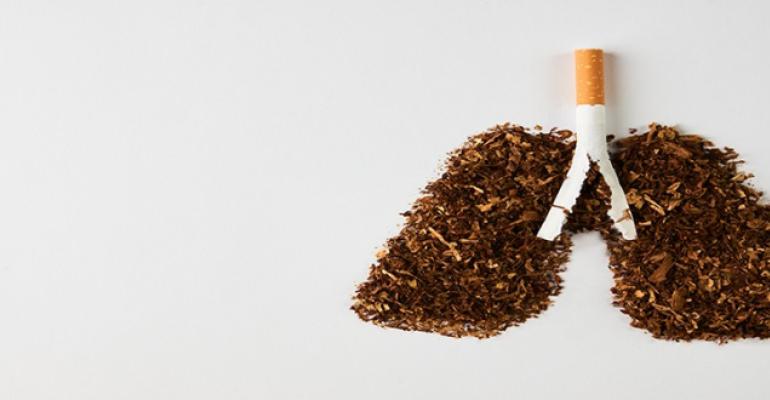 Smokers are almost twice as likely to have a heart attack compared with people who have never smoked.

In line with a directive from the Federal Tax Authority (FTA), as of August 01, all cigarettes in the UAE must bear a digital tax stamp. Among other things, the rule is aimed at protecting consumers from a poor-quality product.

While I welcome the ruling, there can be no misconception that medically speaking, smoking is a habit that has an adverse effect on your health if performed for prolonged or even short periods of time. In fact, according to the British Heart Foundation, if you're a smoker, stopping smoking is the single most important step you can take to protect the health of your heart. In fact, they go on to say that smokers are almost twice as likely to have a heart attack compared with people who have never smoked.

Cigarette smoke contains over 4,000 chemicals, including over 50 known carcinogens (causes of cancer) and other poisons. Tar is one of the chemicals that coats the surface of the lungs and can also get into the blood vessels and be carried to other parts of the body.

Smoking seriously damages your lungs in several ways. It interferes with your lungs' natural cleaning and repair system. Smoking destroys the tiny hairs known as cilia that line the upper airways and protect against infection. Because smoking destroys cilia, the dirt and pollution stays in your lungs, along with chemicals from cigarette smoke. This resultant collection of bi-product in your lungs can put you at risk of developing lung cancer, chronic obstructive pulmonary disease (COPD), chest infections and chronic cough.

Smoking also damages the air sacs, or alveoli, in the lungs, which makes it difficult to breathe. The alveoli at the ends of your airways are like little stretchy balloons. When you smoke, the alveoli become less stretchy, so it's more difficult for your lungs to take in oxygen and get rid of carbon dioxide. As alveoli are destroyed, the lungs transfer less and less oxygen to the bloodstream, causing you to feel short of breath.

The shisha, or hookah, is synonymous with Middle East culture. Particularly over the last few years, it has become extremely popular among those keen to have a social smoke, but at the same time side-step the more negative effects of cigarette smoking. The reason for that is many don't associate the harmful effects of using a water pipe smoker with the more publicised effects of cigarette smoking. Unfortunately, these people are just kidding themselves and damaging their health along the way.

Water pipe smokers are at risk of the same kinds of diseases that are caused by cigarette smoking, including cancer, heart and respiratory diseases, as well as adverse effects during pregnancy.

In fact, according to the World Health Organization (WHO), the smoke that emerges from a water pipe contains several toxins known to cause lung cancer, heart disease and other diseases. It delivers the addictive drug nicotine which—as is the case with other tobacco products―means that more frequent use is likely to result in addiction. In addition, the charcoal burned in the pipes often produces its own toxins, including high levels of carbon monoxide and cancer-causing chemicals.

Water pipe smokers are at risk of the same kinds of diseases that are caused by cigarette smoking.

Even chewing tobacco can damage your health

Many people believe that chewing tobacco is a non-addictive and harmless way of using tobacco without it affecting their health. Once again, they would be wrong in that respect. The fact of the matter is that by chewing tobacco you will be ingesting nicotine, which is addictive, and you will leave yourself open to various types of mouth cancer.

Here in the UAE, chewing Paan has become an acceptable cultural practice, particularly among expats from South Asian communities. The Paan leaf itself is not harmful, but all the other ingredients added to the leaf such as tobacco (sharda/zarda), betel nut (supari) and lime can seriously damage your health.

If you chew Paan with tobacco regularly, you are up to five times more likely to develop mouth cancer than somebody who does not chew tobacco regularly. Once you have mouth cancer it is hard to treat and spreads very quickly. In addition, chewing Paan does not make you feel hungry, which is why many people who chew it skip breakfast and have irregular mealtimes or delayed meals. This can lead to digestive problems, including gastric ulcers.

It doesn't paint a very pleasant picture, does it?

It's not supposed to. That's because no matter how you look at it, tobacco isn't good for you. Kick the habit and your senses of smell and taste get a boost as the body slowly recovers from being dulled by the hundreds of toxic chemicals found in cigarettes.

You'll also feel invigorated as within 2 to 12 weeks of stopping smoking, your circulation improves. This makes all physical activity, including walking and running, much easier. Furthermore, quitting boosts your immune system, making it easier to fight off colds and flu. Plus, the increase in oxygen in the body makes ex-smokers less tired and less likely to have headaches.

Last but not least, by stopping smoking you'll be protecting the health of your non-smoking family and friends. And that counts for everything.