Weight Recidivism after Sleeve Gastrectomy – The Elephant in the Room 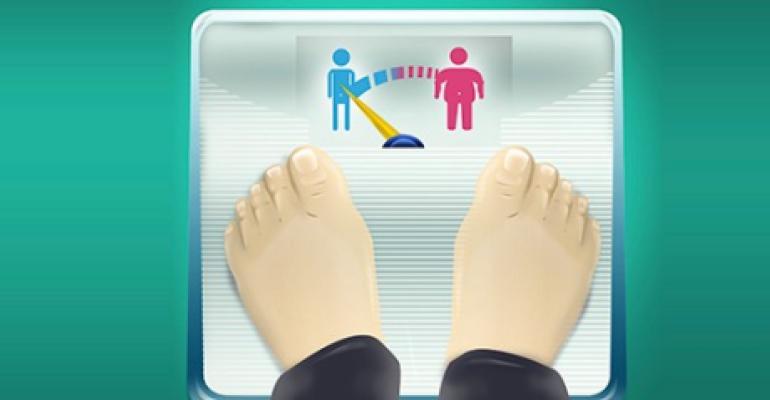 Although the popularity of sleeve gastrectomy is likely attributable to its effectiveness for short-term weight loss, several studies have demonstrated that weight recidivism during subsequent follow-up beyond twelve months could be substantial. The underlying causes leading to weight regain are multi-factorial and are either patient- or anatomy-related.

Morbid obesity is as much a public health crisis in the Middle East as in the United States. The 2017 World Health Organization (WHO) report on obesity showed that countries in the Arabian Gulf have the highest incidence of obesity in the 30% plus group in the world. The 2014 International Federation for the Surgery of Obesity and Metabolic Disorders (IFSO) world survey showed that Kuwait has the highest prevalence of bariatric surgery case volume of the national population (0.16%), in contrast with a worldwide average of 0.01%.

As in the United States, laparoscopic sleeve gastrectomy has recently overtaken Roux-en-Y gastric bypass (RYGB) as the most commonly performed bariatric procedure in the Middle East.
Besides its technical simplicity, the popularity of sleeve gastrectomy is likely attributable to its effectiveness for short-term weight loss, with one-year excess weight loss (EWL) ranging from 69.7% to 83%. In addition, it has been shown to produce durable remission of type 2 diabetes and other obesity-related comorbid conditions and leads to substantial improvement in quality of life. Similar short-term results have been described between bariatric surgical centres in the Middle East and United States.

However, laparoscopic sleeve gastrectomy has only begun to be performed as a stand-alone procedure since 2008 and it has gained its popularity before its long-term outcome data has been established. Recently, several studies have demonstrated that weight recidivism during subsequent follow-up beyond twelve months could be substantial. Following the first postoperative year, studies have reported stabilisation and slow upward trend in the weight gain in the order of 0.5 to 1.5 kg/m2 among laparoscopic sleeve gastrectomies. The incidence of weight recidivism ranged from 5.7% at 2 years to 75.6% at 6 years. In addition, weight recidivism has been found to be associated with re-emergence of diabetes, and incremental economic costs.

Currently known etiologies for weight recidivism can be broadly categorised as either patient- or anatomy-related. Patient-related factors include lack of adherence to postoperative diet, physical inactivity, endocrinopathies, changes in gut microbiome, brain structural connectivity, unrecognised and untreated eating and psychiatric disorders. While there is a paucity of data demonstrating effective prevention of weight recidivism with preoperative information, nutritional and psychological evaluation and follow-up, more research is needed to understand how lifestyle and mental health factors drive weight recidivism.

In addition, recently reported classification algorithms of brain imaging based on white-matter connectivity involving regions of the reward and associated networks may be high-value research targets for developing a prediction model for patients at risk for weight recidivism following sleeve gastrectomy.

The second category of etiologies is anatomic: it has been observed that the sleeve size is linearly correlated with post-operative body mass index, leading some researchers to speculate that weight recidivism may be attributed to a compromised restrictive effect of the surgery. Besides technical factors during the initial surgery, such as varying bougie size, preservation of fundal and antral remnant, it has also been found that the gastric sleeve gradually dilates over time. In view of these findings, current revisional surgery mainly consists of returning the anatomy to a desired bariatric configuration by sleeve resizing, conversion to RYGB, or secondary sleeve banding. However, if patient-related factors were not addressed following failure of the primary operation, then the revisional surgery will be at elevated risk to fail, too.

While weight recidivism is well recognised, literature specifically examining this as a complication is sparse. Few studies report weight recidivism incidence as a specific complication. The lack of attention devoted to the issue in current consensus statement and reporting guidelines lead to widely variable definition of the phenomenon. Definitions ranged from weight regain greater than 10 kilogrammes from the nadir, an increase in BMI of 5 kg/m2 or more above nadir, regaining BMI to greater than 35 kg/m2 after successful weight loss, to percentage of rebound in excess weight loss greater than 25%. This lack of consistency in definition lead to challenges for synthesizing and comparing outcomes between research studies.

Recently, several studies have emerged reporting long-term outcomes following sleeve gastrectomies. Even among these long-term case series, body weight loss is frequently analysed with survival analysis methods where reaching the desired excess body weight loss is treated as a one-time irreversible event, thereby excluding patient from further analysis, where weight recidivism could and frequently do occur. In order to obtain meaningful synthesis of experiences from different institutions, it is critical that weight recidivism be defined, described and reported in a standardised manner in accordance with guidelines published by an authoritative organisation, such as the American Society for Metabolic and Bariatric Surgery (ASMBS). The correct naming and acknowledgement of the phenomenon is the first step towards identifying risk factors and devising effective counter-measures to the problem.

In summary, weight recidivism is a commonly recognised but infrequently discussed complication following sleeve gastrectomy. While laparoscopic sleeve gastrectomy has demonstrated its efficacy for durable weight loss up to one year, recently emerged data suggested that the procedure’s associated weight loss frequently peaks at the one-year point and a considerable proportion of patients experienced weight regain during subsequent follow-up. Considerable variability in the definition and reporting practices of this phenomenon exists in the literature, precluding a systematic synthesis of experience across various centres. Future efforts should be directed toward standardising definition of this complication in order to allow optimisation of patient selection criteria and treatment choice for revision surgery.