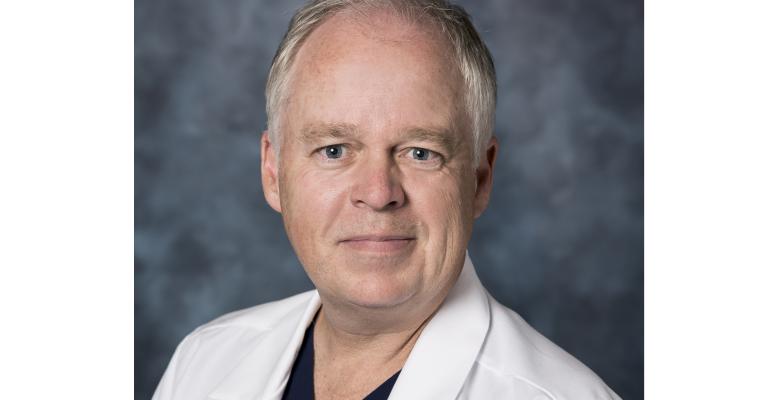 Wouter I. Schievink
Once considered an exceedingly rare disorder, recent evidence suggests that spontaneous intracranial hypotension is not that rare.

Spontaneous intracranial hypotension is caused by spontaneous spinal cerebrospinal fluid (CSF) leaks and is known for causing orthostatic headaches. It is an important cause of new headaches in young and middle-aged individuals, but initial misdiagnosis is common.

Typically, a patient presents with a new headache that occurs shortly after assuming an upright position and is relieved by lying down. Although such a positional headache pattern is well-known following a diagnostic lumbar puncture, the spontaneous onset of an orthostatic headache is not well recognized and the patient may be diagnosed with migraine, tension headache, viral meningitis, or malingering. This has been a typical scenario for many patients experiencing spontaneous intracranial hypotension. But an initial misdiagnosis remains the norm.

Comprehensive population-based epidemiologic studies, however, are not yet available. In the past, spontaneous intracranial hypotension was probably more frequently underdiagnosed than it is now, and it is unlikely that there has been an actual increase in its incidence, although that possibility cannot be entirely excluded.

Because spinal CSF leaks generally do not cause any local symptoms, they remain undetected unless actively looked for in a patient suspected of spontaneous intracranial hypotension. Also, unlike CSF rhinorrhea or otorrhea, there is no risk of meningitis because the CSF is directly absorbed into the sterile spinal epidural venous plexus or paraspinal soft tissues and is therefore not exposed to the external milieu.

The precise cause of spontaneous spinal CSF leaks remains largely unknown, but an underlying structural weakness of the spinal meninges generally is suspected. A history of a trivial traumatic event preceding the onset of symptoms can be elicited in about one third of patients, suggesting a role for mechanical factors as well. The dural weakness predisposes to the formation of dural defects that allow CSF to leak into the epidural space. A wide variety of dural defects may be observed at the time of surgery, ranging from simple dural holes or rents to complex fragile meningeal diverticula or even complete absence of the dura that normally covers the spinal nerve root. The volume of the CSF leak is quite variable as well, ranging from a minimal amount of seeping CSF only detectable when applying a Valsalva maneuver to large amounts of CSF spontaneously pouring out into the paraspinal soft tissues.

Mechanical factors combine with an underlying connective tissue disorder can cause the CSF leaks. An orthostatic headache is the prototypical manifestation, but other headache patterns occur as well, and associated symptoms are common.

Positional headache: The prototypical manifestation of spontaneous intracranial hypotension is an orthostatic headache. Such a headache generally occurs or worsens within 15 minutes of assuming the upright position, as reflected by the revised International Classification of Headache Disorders criteria, but in some patients, this lag period may be as long as several hours. Improvement of the headache after lying down is less variable and occurs within 15 to 30 minutes. The headache may be diffused or localized to the frontal, temporal, or—most commonly—the occipital or suboccipital regions. The headache may be throbbing or non-throbbing and is rarely unilateral. Some patients use descriptive terms for their headaches, such as the feeling of “an ice cube in an empty glass” or a “pulling sensation from my head down to my neck,” offering a clue to the diagnosis. Additional clues may be the patient's recumbent position in the physician's office or a pillow they carry along to allow them to lie down comfortably. The initial onset of headache generally is gradual or subacute, reaching maximal intensity in several minutes to hours, but it may be instantaneous. Patients with such a “thunderclap” headache often will be suspected of having a subarachnoid hemorrhage and may undergo invasive testing, such as cerebral angiography. The severity of the headache varies widely; many mild cases probably remain undiagnosed, whereas other patients are incapacitated and unable to engage in any useful activity while upright.

Diagnostic criteria for headache due to Spontaneous Spinal CSF Leak and Intracranial Hypotension according to the International Classification of Headache Disorders:

• Diffuse and/or dull headache that worsens within 15 minutes after sitting or standing, with 1 of the following:

• And at least 1 of the following:

4. No history of dural puncture or other cause of CSF fistula

The headache is a direct result of the downward displacement of the brain due to loss of CSF buoyancy, causing traction on pain-sensitive structures, particularly the dura. An alternative mechanism involves compensatory dilation of the pain-sensitive intracranial venous structures.

It should be noted that not all orthostatic headaches are caused by spontaneous spinal CSF leaks, and other diagnoses should be considered.

Typical magnetic resonance imaging findings include subdural fluid collections, enhancement of the pachymeninges, engorgement of venous structures, pituitary hyperemia, and sagging of the brain (mnemonic: SEEPS). Myelography is the study of choice to identify the spinal CSF leak.

The mainstay of treatment is the injection of autologous blood into the spinal epidural space, the so-called epidural blood patch. Relief of symptoms often is instantaneous, thereby also serving a diagnostic purpose, and this is likely due to replacement of lost CSF volume with blood volume within the spinal canal. Initially, about 10 to 20 mL of blood is used, and this is effective in relieving symptoms in about one third of patients, presumably by forming a dural tamponade, thereby sealing the leak. Another mechanism of action may be restriction of CSF flow within the spinal epidural space, thereby interfering with CSF absorption. If the epidural blood patch is unsuccessful it can be repeated, and consideration should be given to a large-volume (20-100 mL) epidural blood patch.

Given the potentially high volume of injected blood, a minimum of 5 days between blood patches is advised. The volume of blood that can be injected is mainly limited by local back pain or the development of radiculopathy. I prefer to place the blood patch at 2 separate sites, first at the thoracolumbar junction and then in the lower lumbar area, after which the patient is placed in the Trendelenburg position, either supine, prone, and/or lateral for 30 to 60 minutes, depending on the location of the CSF leak. This allows blood to travel over many spinal segments toward the site of the leak.

Surgical treatment is reserved for those patients in whom these nonsurgical measures have failed. Surgical repair of CSF leak is safe and often succeeds in providing relief for those patients in whom a structural abnormality or focal CSF leak is identified. Leaking meningeal diverticula can be ligated with suture or a metal aneurysm clip, while dural rents, holes, or other defects are repaired either directly with suture or, more commonly, by placement of a muscle pledget along with gelfoam and fibrin sealant. Rarely, intradural exploration may be required.

Intrathecal infusion of saline or artificial CSF should not be expected to seal a CSF leak but may be required as an effective temporizing measure to restore CSF volume until the leak can be permanently repaired in patients who require urgent treatment, such as those with a decreased level of consciousness.

A recurrence of headache following successful treatment of spontaneous intracranial hypotension may indicate a recurrent CSF leak, but if the pattern of headache has changed, rebound transient intracranial hypertension or dural venous sinus thrombosis should be considered.

Data on long-term outcomes are scarce, but in my experience, recurrence of a spinal CSF leak is seen in approximately 10% of patients, regardless of treatment. Outcome studies have shown that patients with abnormal brain MRI findings and a focal spinal CSF leak have an excellent prognosis, while those with normal initial MRI findings and a diffuse multilevel spinal CSF leak have a poor prognosis. Some patients have persistent symptoms following treatment, despite documented resolution of CSF leakage. Such patients may have residual altered CSF dynamics or small residual CSF leaks below the level of detection of current imaging techniques.

Spontaneous intracranial hypotension is not rare, but it remains underdiagnosed. The spectrum of clinical and radiographic manifestations is varied, with diagnosis largely based on clinical suspicion, cranial magnetic resonance imaging, and myelography. Numerous treatment options are available, but much remains to be learned about this disorder.

The growing prevalence of skin cancer among men
Jun 29, 2022