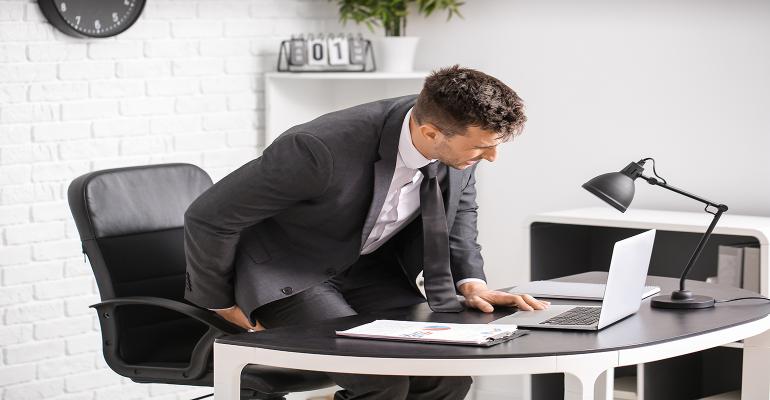 Haemorrhoids are very common with 4-8 per cent of the population in the U.S. affected.

How common are haemorrhoids?

How are haemorrhoids diagnosed?

A full history and accurate clinical examination are needed for the diagnosis of haemorrhoids. Prolapsing haemorrhoids can be obvious on examination or they may become apparent asking the patient to strain and stimulate a bowel movement. It is important not to assume that any rectal bleeding is due to haemorrhoids without completing a full work-up. Anoscopy and proctoscopy can be carried out in the outpatient department. Flexible sigmoidoscopy or colonoscopy can be performed in case a higher source of bleeding is suspected.

What are the symptoms of haemorrhoids?

Typically, haemorrhoids present with bleeding on defecation. The bleeding is bright red and drops on top of the stool and not mixed with it. Haemorrhoids can prolapse on defecation and may need to be pushed back in (Grade III). The prolapse can cause soiling, discharge of mucous and irritation of the anal and perianal skin with associated itching. In severe disease, haemorrhoids are permanently prolapsed and associated with fibrotic changes and skin tags (Grade IV). Painful haemorrhoids are often the result of complicated disease with thrombosis or strangulation. External haemorrhoids tend to be more painful as somatic innervation is present below the dentate line.

Minor grades of haemorrhoids are most of the times self-limiting and benefit from a conservative approach: increased intake of fluid and fibres, laxatives, toilet habits modification and regular exercise. Fibre supplements treatment has been reported to reduce rectal bleeding in 50 per cent of patients. Steroid and anaesthetic-based topical agents have not been shown to be of benefit. Phlebotonics that increase venous tone and lymphatic drainage have been found to improve bleeding, discharge and itching. When conservative treatment fails, surgery is required, and this can be performed in the office or in the operating theatre.

What are the latest options for painless surgery?

While symptomatic grade I and II haemorrhoids (non-prolapsing) can be treated with office-based techniques without the need of anaesthesia (rubber band ligation, sclerotherapy, infrared coagulation etc.), higher grades of haemorrhoids are more effectively treated in the operating theatre.

In these new approaches, the haemorrhoids are not excised and there is no external wound to heal. The procedures are carried out above the dentate line avoiding the sharp pain from somatic innervation and producing only a dull postoperative discomfort that is well tolerated by the patients. Currently, the most commonly adopted new painless approaches are stapled hemorrhoidopexy, doppler-guided hemorrhoidal artery ligation and laser hemorrhoidoplasty.

Stapled hemorrhoidopexy allows to remove a cuff of rectal musosa above the haemorrhoids using a stapling device. The haemorrhoids are lifted up (pexy) and at the same time, their blood supply is interrupted. The stapled line should lie just above the sphincter complex to avoid muscle injury, postoperative pain and urgency. The main indication for stapled hemorrhoidopexy is Grade III circumferential haemorrhoids. The technique is fairly straightforward, but surgeons must have received specific training as rare but potentially serious complications have been reported: recto-vaginal fistula, stenosis, perforation.

Doppler-guided hemorrhoidal artery ligation is based on the concept that ligating all the branches of the superior rectal artery that supply the haemorrhoids will lead to their shrinkage. A dedicated proctoscope with a Doppler ultrasound probe is used to identify the vessels. Application of the redundant rectal mucosa is then made in case of associated prolapse.

What is the best technique to use?

There is no best technique and treatment should be tailored to every single patient. Traditional haemorrhoidectomy in skilful hands may produce excellent long-term results with the downside of increased postoperative pain. The other techniques are very effective, greatly reduce pain and allow for shorter recovery and early return to work. A proctologist skilled in the various approaches and a full discussion with the patient is needed to achieve the best results.