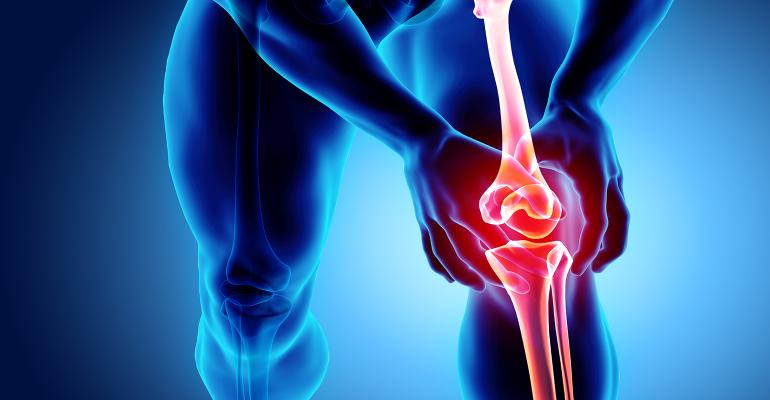 Thinking about osteoarthritis (OA) is moving from biochemistry of the particular cartilage to mechano-biology.

Osteoarthritis (OA) can be viewed as structural and functional failure of synovial joints, the pathophysiological response of a synovial joint to mechanical insult, and the attempt of the joint to repair the damage caused by local abnormalities in force/unit area. The abnormalities in cytokines, degradative enzymes, toxic radicals and the like, which are being studied as the cause of OA, are rather the result of this attempted repair. Therefore, thinking about OA is moving from biochemistry of the particular cartilage to the mechano-biology of the whole joint. OA is joint failure rather than a disease and joint failure is driven by abnormal joint loading of the knee.

OA is clearly a multi factorial disease and the aetiopathogenesis includes local factors (trauma, misalignment, overloading, muscle weakness around joints etc.,) general conditions (old age, female sex, obesity, physical activity level) together with genetic susceptibility. The relative contribution of these factors, and their importance for development and progression of Knee OA with possible implications for sub grouping remains to be clarified. There were only two ways of looking at joints affected by OA: X-ray or gross anatomy, that obsession with pathology, X-rays and cartilage damage, which was led from the UK, and that stretched from the 1950s to the beginning of this century. During the years of focus on articular cartilage, fundamental research into OA was dominated by biochemists and cellular biologists who did wonders in sorting out the biology of cartilage, but largely failed to understand that OA is primarily a mechanical problem.

The hallmark symptom of knee OA is pain, yet the aetiology of pain in OA is not entirely clear.

Since cartilage has no vascular, lymphatic, or sensory supply, the primary pathologic abnormality in OA (hyaline cartilage loss) could occur without pain and it is clear that the severity of the joint damage on the radiograph bears little relation to the severity of the pain experience. According to multiple researches and articles the most prevalence and consistent signs from all the MRI findings in painful knee osteoarthritis (anterior cruciate ligament rupture with or without meniscal lesions, Cartilage defect, Osteophytes, large bone marrow lesion, active synovitis, hypertrophy and joint effusion), are active effusion/synovitis and large bone marrow lesions BML (often associated with effusion and some degree of synovitis) suggesting these features may indicate the main aetiopathology of painful knee osteoarthritis compared with patients with no symptoms.

In the early 1980s, histopathological analysis of OA synovium demonstrated abundant inflammation in the majority of OA patients. While traditionally considered primarily a disease of hyaline cartilage with associated bone involvement, caused by overload or overuse, the pathophysiology of OA development is now appreciated to be more complex. Mounting evidence suggests that synovitis and the resultant pro-inflammatory mediators are important in the pathogenesis of OA with effects on articular cartilage. Modern imaging modalities such as magnetic resonance imaging (MRI) and ultrasound have confirmed a high prevalence of ‘macroscopic’ inflammation and have supported the role of synovitis as an active component of the OA process, associated with both pain and structural progression.

Products of cartilage breakdown released into the synovial fluid are phagocytosed by synovial cells, amplifying synovial inflammation. In turn, activated synovial cells in the inflamed synovium produce catabolic and pro-inflammatory mediators that lead to excess production of the proteolytic enzymes responsible for cartilage breakdown, creating a positive feedback loop. The data presented strongly suggest that synovitis is involved in OA symptoms and progression, and thus represents an important target for therapeutic intervention. Most of recent the research targets what is termed anti synovitis, a new term currently. The site of infiltration of the synovia is of obvious relevance as one of the most densely innervated structures of the joint is the white adipose tissue of the fat pad, which also show evidence of inflammation and can act as a rich source of inflammatory adipokines. Synovial causes of pain include irritation of sensory nerve endings within the synovia from osteophytes and synovial inflammation that is due, at least in part, to the release of prostaglandins, leukotrienes, proteinases, neuropeptides and cytokines.

In a large study conducted by Division of Rheumatology, Orthopaedics and Dermatology, School of Medicine, University of Nottingham, UK, 147 women and 152 men ≥40 years old were randomly selected to establish “normal” ranges for synovial thickness, effusion detected by ultrasound (US), determine cut-offs associated with knee pain (KP) and radiographic knee osteoarthritis (RKOA) in the community. The conclusion: US effusion and Synovial Hypertrophy but not Power Doppler Scan are common, but differ by gender, in community-derived people without painful knee.

This is an inflammatory overuse disorder affecting soft tissue, interposed between the iliotibial band and the lateral femoral condyle, caused by chronic friction (Muhle et al., 1999). An anatomic study disclosed a fibrous anchorage of the iliotibial band to the femur preventing rolling over the epicondyle; as a result, ITBFS was found to be caused by increased pressure to the richly innervated, vascularized fat and loose connective tissue beneath the tract (Fairclough et al., 2006, 2007). Either ITBFS has been shown to cause lateral knee pain in athletes, it may be a consequence of gait changes induced by knee OA and may occur together with symptomatic knee OA (Hill et al., 2003)

During the routine practice in cases with advanced isolated medial osteoarthritis (with subsequent genu varum) presence of MR signs of ITBF have been noted:

Pelfert and others have reported the occurrence of ITBFS subsequent to repair of the anterior cruciate ligament,

Farell emphasised that ITBFS usually occurs as a result of overuse. If, however, the patient has certain anatomical conditions (leg length discrepancies, varus knee alignment or excessive pronation and external tibia rotation of more than 20 per cent), he/she will be more inclined to experience ITBFS.

Advanced reduction of cartilage thickness combined with severe degeneration of the meniscus at the medial compartment probably leads to biomechanical changes, and varus knee alignment, which may be the cause for iliotibial band syndrome. A latest statement for the so frequent presence of MR signs of ITBF in patients with medial compartment knee osteoarthritis, give us a right to put this entity in the list of an important associated entities with knee osteoarthritis. We should always think about it as the reason for lateral posterior knee pain in those cases.

As a result of the above research, we adopted in our clinic a simple clinical approach:

After detailed history taking, clinical and radiological examination including MRI if visible and always ultrasound examination with Power Doppler Scan, we grouped patients into two categories:

The first group, so called WET Knee had active synovial reaction, hypertrophy and large effusion seen with the US Power Doppler Scan and/or large bone marrow lesion seen in MRI. This group’s aetiology of pain was mostly due to advanced osteoarthritic active intra-articular lesions. This would be treated accordingly.

The second group, so called DRY KNEE within all age groups, showing or not showing all signs of radiological varus medial compartment osteoarthritis. They had no active synovial reaction or effusion confirmed by US Power Doppler scan or there were also no large bone marrow lesions seen by the MRI if visible and had lateral and posterior knee pain, occasionally radiating down to the outer aspect of the leg or else up to the trochanteric region, including the back of the hip region as it is frequently associated together and often mistaken as sciatic pain. We treat them as an Iliotibial band syndrome as well as trochanteric pain syndrome, using local steroid injection (triamcinolone acetonide 40 mg) and a magnesium supplement. The majority of our patients felt immediate pain relief, along with improved mobility of the joint.

Note: Some cases are equivocal having mild synovitis with little effusion as well severe signs and symptoms of ITBF. We treat them first as ITBF, which is simple procedure and follow up them next visit. Often time’s patients improve, otherwise we address the case as an intraarticular cause and deal with it accordingly.

It is our belief that there are considerable number of patients receiving unnecessary treatment, due to incomplete detailed history taken, incomplete examination and investigation done by the health provider, who is usually distracted by easy readily diagnosis of clinically and radiologically apparent signs of severe osteoarthritis. 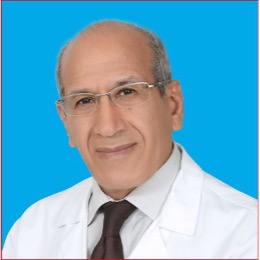 Dr Abaza is a Consultant in Orthopaedic Surgery, Fellow of the Royal College of Surgeons in Glasgow (UK). He is also a Member of the A.O. Alumni Association (Switzerland). He was trained in Switzerland, Austria, France and U.S. He has worked in Al Jazeera Hospital and Sheikh Khalifa Medical City for 24 years, and in Al Mafraq Hospital from 2005 to 2010. Dr. Abaza has experience in Traumatology. His main interest is in the hand and upper extremities surgery, as well as Paediatric Orthopaedic Surgery. He has multiple publications in reputable scientific online magazines, and he is also an active reviewer for the British Medical Journal Case Reports for the past three years.