HomeClinicalOrthotics: Is it Science or a Sham?
Recent
Can healthcare robots answer physical and emotional needs?
May 27, 2022
The deadly case of the Therac-25: a warning for medical AI
May 26, 2022
Innovation vital in the evolution of clinical trials
May 25, 2022
Emerging cases of monkeypox investigated
May 24, 2022
POLL
The essentials of personalised healthcare in low-budget regions
May 23, 2022
The Florida International Medical Expo gears up for landmark 2022 event
May 23, 2022
AI, big data, VR and blockchain expected to power patient-centric applications
May 20, 2022
Dubai Hospital launches ‘Da Vinci Xi’ surgical robot to perform robotic-assisted minimally invasive surgeries
May 19, 2022
Daily Dose
brought to you by

Orthotics: Is it Science or a Sham? 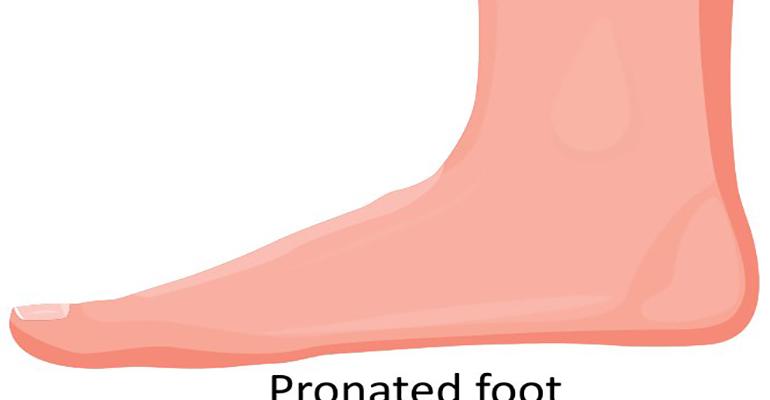 Orthotics provide contoured surfaces, often with substantial arch support, which allows a wider area of contact to be made with the sole of the feet.

Foot pain is very common among all populations, with estimates that 13% to 36% of people suffer from some form of foot pain. Consultations with primary care physicians in the UK identified that overall foot pain ranked the 5th most common cause for seeking medical help. That same study also identified the most common complaint among children (less than 14 years of age) was foot pain, forcing patients to seek medical help. Risk factors for developing foot pain include female gender, obesity and increasing age. Some of the most frequent causes of foot pain include Plantar Fasciitis, Metatarsalgia, Hallux Valgus, Arthritis (including Rheumatoid Arthritis), Hallux limitus and rigidus, Morton’s neuroma, posterior tibialis tendon disorders and stress fractures. For people with these conditions, the resulting foot pain and associated disability can have large, negative impact on their comfort, mobility and quality of life. Further still, foot pain can decrease balance and strength and is a contributing factor to falls. Since we rely on the use of our feet to work and exercise, good foot health is crucial in leading an active and fulfilling life.

Why is foot pain disability so high?

Evolutionarily, the human foot was designed to navigate on soft ground, for instance sand or grass. Soft ground has the ability to give way and mold around the foot, allowing for a larger area to be in contact with the ground. This larger area of contact decreases the peak pressures passing through the foot. However, fuelled by the invention of wheel, things have changed. Wheels roll efficiently on hard surfaces and, in order to accommodate this, most of our habitable locations have been converted to hard surfaces. The roads and pavements in our cities and the tiled floors in our homes are just a few examples of the firm and flat surfaces our feet now navigate. Additionally, even the majority of modern footwear has flat footbeds, further exposing the soles of our feet to flat, solid surfaces. This is where orthotics can help. Orthotics provide contoured surfaces, often with substantial arch support, which allows a wider area of contact to be made with the sole of the feet. This wider area of contact decreases peak plantar pressures. In addition, foot orthotics also change muscle activation and reduce joint loading. Both these effects in conjunction with each other and independently aid in the reduction of foot pain. These orthotics can also be placed within normal, fashionable shoes, enabling the wearer to enjoy their favorite pair in comfort.

Plantar Fasciitis is a common cause of heel pain. The plantar fascia connects each of the toes to the heel bone. In plantar fasciitis, this tissue becomes inflamed. The pain is normally felt in the heel, and the first step early in the morning can be severe.

A systematic review conducted by Lewis and colleagues revealed that, within 1 to 3 months orthotics can improve the pain levels and functionality for individuals with plantar fasciitis. A randomized clinical trial, the SOOTHE trial by Whittaker, et al, studied a comparison between steroid injections and orthotics and concluded that, whilst steroid injections provided temporary relief, orthotics provided a more sustainable and longer-term benefit.

Metatarsalgia affects the forefoot, causing pain directly beneath the metatarsal heads at the ball of the foot. The metatarsal heads contain joints which connect the toes to the foot and provide support when we run, walk or stand. These joints are therefore often under intense pressure, making them prone to pain and inflammation.

Orthotics with metatarsal pad supports have been found to reduce the pressure on the ball of the foot by shifting the weight away from high pressure areas. Manniko from Finland identified a metatarsal pad reduced pain in 84% of the participants in the study. Pain decreased by an average of 3.2 points on a 10 point numeric rating scale in all patients.

The most frequent deformity of the forefoot, Hallux Valgus (bunion) is the malformation of the joint at the base of the big toe. Often caused by narrow toe boxes, bunions occur when the big toe turns inwards, pointing towards the other toes. As a result, the first metatarsal and the connecting joint are forced to protrude outwards, causing the surrounding bursa to become enlarged, painful and stiff.

In patients with Hallux Valgus, total contact orthotics have been found to significantly reduce pain and improve contentedness. Orthotics have also been highlighted as an effective prevention technique. An independent study by Budiman-Mak and colleagues found that using orthotics reduced the rate of developing Hallux Valgus by 73%, in patients with Rheumatoid arthritis.

Rheumatoid arthritis is an auto-immune disease, which causes malformation, pain and inflammation in joints. The condition occurs when the body’s immune system attacks the joints and damages the cartilage. RA is the most common form of inflammatory arthritis.

A study by Kavlak et al found that patients with ankle rheumatoid arthritis who used orthotics for three months reduced their pain levels and energy expenditure while increasing their stride length and step.

Diabetes and Diabetic Foot: A rising concern in the Arab Nations?

Diabetes is a significant medical burden throughout the world. The condition affects 382 million people globally (5%) and the prevalence is rising in every country year on year. In the Arab nations, the incidence and prevalence are higher than the global average. For instance, in Saudi Arabia the prevalence is reported to be as high as 31.6%, ranking the country as the 7th highest in the world for T2DM occurrence. Additionally, Oman and Kuwait are also reported to have high prevalence rates of 29% and 25.4% respectively. When compared to the average prevalence reported in the UK, which stands at 6%, and the global average of around 5%, a stark contrast between the statistics is observable. In the International Diabetes Federation global fact sheet 2019, Sudan, Egypt, UAE, and Bahrain were also listed within the top 20 nations for diabetes prevalence, indicating that a diabetes epidemic is taking place within the Arabian nations.

Diabetes can result in peripheral sensory neuropathy. Neuropathy is when the nerves do not function normally, and numbness and loss of sensation can occur. When sensation is lost, the protective reflex from pain is lost. The body fails to recognize constant pressure and the skin cover fails. This leads to diabetic foot ulcerations (DFU) and infection. It is estimated that peripheral sensory neuropathy is found in 82% of diabetic patients in Western Saudi Arabia (one of the highest rates in the world).

Diabetic foot ulcerations (DFU) occur in 15% of all diabetics and it is estimated that 15% of these patients will have to have an amputation as a result of their ulcers.

A systematic review of nine papers found that the average prevalence of diabetic foot ulcerations within the diabetic population in Saudi Arabia was 11.85% [20]. This is almost double the global average of 6.4%.

Amputation in diabetics unfortunately leads to death. In a meta-analysis of 31 studies, the 5-year mortality rate was found to range between 53% to 100%. 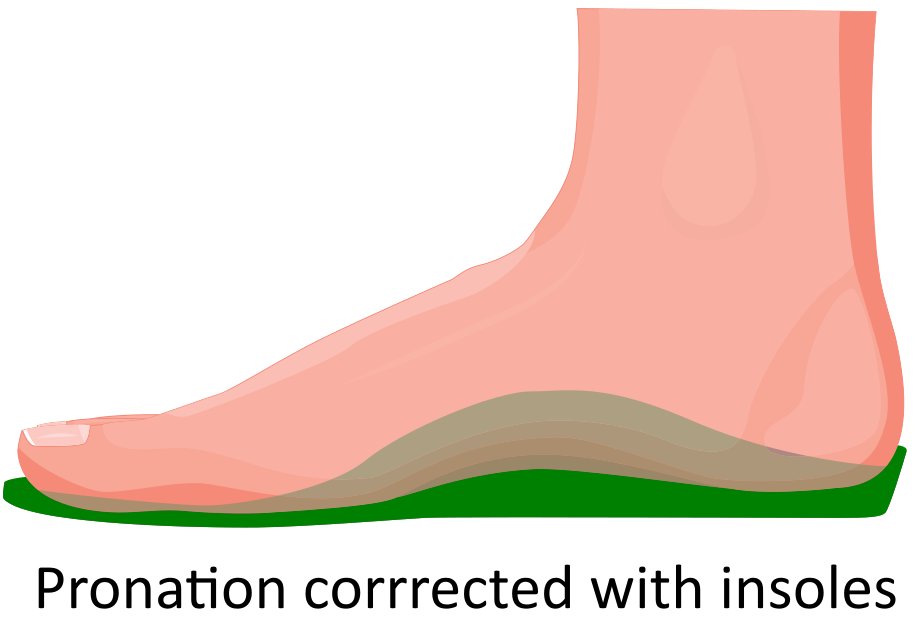 In a 2013 study by Fernandez et al, 117 diabetic participants, each with a history of DFU’s, were prescribed custom-made orthotics. The participants were given therapeutic insoles and footwear to reduce plantar pressure, based on a detailed biomechanical study. The orthotics aimed to disperse the pressure to the whole of the sole of the foot. Prior to the treatment, ulceration recurrence was 79% and the amputation rate was 54%. After 2 years of orthotic therapy, the reulceration rate had significantly dropped to 15%. The amputation rate was also reduced to 6%.

If an ulcer is subjected to pressure, it will remain an ulcer. Relieving this pressure will allow the healing of ulcer. Relieving the pressure is called off-loading. Modern studies have reinforced the concept that total contact casts are the most effective methods for off-loading pressure from a pre-existing diabetic foot ulcer. A systematic review by Elraiyah and colleagues contained 19 interventional studies, including the data from 1605 participants with DFU’s. The study found that total contact casting benefited patients in the treatment of diabetic foot ulcers. Furthermore, various forms of orthotic shoes and insoles were found to significantly reduce ulcer recurrence.

Foot pain is an ever-increasing medical burden throughout the world. The symptoms of painful foot conditions including Plantar Fasciitis, Hallux valgus, Metatarsalgia and RA have all been found to be reduced through the use of orthotics. Additionally, diabetes and diabetic foot ulcers are becoming a significant concern throughout the world. This is more so in the Arab nations where the epidemic of diabetes and its associated conditions is becoming an increasing social, medical and financial burden. Review of the literature shows the benefits of orthotics in prevention and avoiding recurrence. Decreasing the incidence of ulcers will decrease the incidence of amputation which should also decrease the mortality associated with it. In conclusion, prefabricated orthotics seem to be a value-based, effective treatment for many conditions affecting the foot. 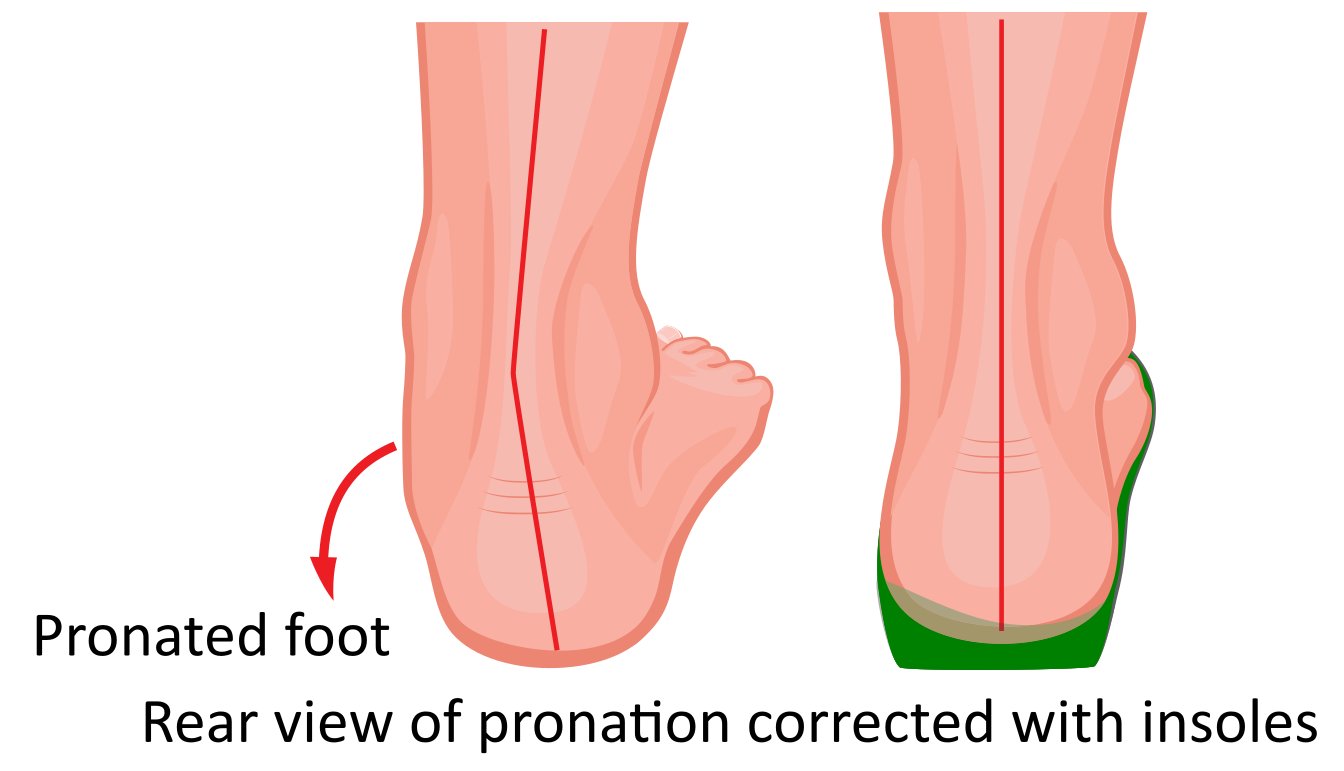