Ophthalmic imaging in the 21st century 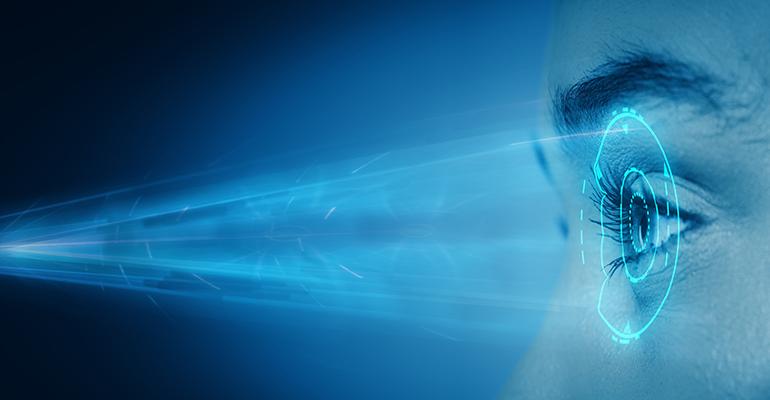 A look at how diagnostic imaging tools have played a role in expanding our understanding of eye conditions.

Ophthalmic imaging is an integral part of the work of all ophthalmic departments as it is essential to the diagnosis, treatment, and long-term monitoring of many ocular conditions. Also, it plays a central role in ophthalmic disease screening, teaching, clinical trials and in virtual clinics and telemedicine.

According to Dr. Ammar Safar, who is the medical director and consultant vitreoretinal surgeon at Moorfields Eye Hospital Dubai, imaging has played a significant role over the decades in expanding our understanding of the disease process of many eye conditions.

“Similar to when a general practitioner detects abdominal pain and orders an imaging study to investigate it, an ophthalmologist frequently encounters a similar situation where if an abnormality is detected on the eye examination in the cornea or retina, for example, the imaging study becomes instrumental in giving the ophthalmologist the needed information to make the diagnosis,” he explains.

According to Safar, ophthalmology is rich in imaging tools, depending on the structure that is studied. Ultrasonography has been used for decades in imaging the internal parts of the eye, especially when there is internal bleeding and direct visualisation is difficult to achieve. Ultrasonography was instrumental in following and assessing intraocular tumours and helped set the guidelines for managing those rare tumours. Another imaging modality is Optical Coherence Tomography (OCT), which creates a cross-sectional image of the structure of interest that adds a wide range of information to the decision-making process.

“Angiography of the vessels of the retina (using fluorescein dye) and choroid (using ICG dye) have also been the gold standard used for years for diagnosing common and potentially blinding conditions such as diabetic retinopathy and age-related macular degeneration among others,” Safar says.

Direct photography of different parts of the eye has been long used to document and categorise disease stages. Angiography of the retinal vessels after injecting a dye into a patient’s arm has been a benchmark for decades. Dr. Safar explains that with the turn of the century, two major developments were introduced to the clinical practice of ophthalmology that truly revolutionised the practice.

The first breakthrough is OCT that uses light scans of different eye structures (the retina for example) to create a 3D cross-sectional image of that structure offering an unprecedented look at that structure, which opened so many doors to a better understanding of the disease process and also allowed for better surgical intervention as well as better medications.

The second breakthrough is the ability to utilise the OCT technology to image the retinal vasculature in its entirety without the injection of any dye into a patient. This imaging device is called OCT Angiography.

“Much to the surprise of scientists and researchers, this new technology discovered the presence of new networks of retinal vessels that were not known to be present before using the traditional dye-based angiography. This new discovery will, no doubt, result in major advancement in understanding the pathophysiology and the exact causes of the blinding conditions and, based on that, new and more precise treatments will be designed and introduced to help re-gain vision for helpless patients,” Dr. Safar highlights.

In modern ophthalmology practices, several imaging tools help an ophthalmologist make an accurate diagnosis and also deliver effective treatment to his or her patient.

According to Dr. Safar, one of the most widely available imaging tools is an OCT scanner, which have now become an essential tool for any eye hospital or clinic. OCT angiographies are newer tools and may likely be also readily available soon.

“Another technique that is commonly found in every practice is a corneal topography machine that creates a map of the cornea and allows the ophthalmologist to determine the weak or thin areas of the cornea, which helps design the treatment around any potential problem area. Fluorescein angiography remains present in every practice as it offers a wealth of information,’” he adds.

In addition, Dr. Safar highlights that ultrasound machines for the eye are invaluable in detecting eye problems when there is internal bleeding in the eye that prevents direct visualisation of the internal eye structure, or in the case of an intraocular tumour.

The first is a 42-year-old woman presented for a routine eye examination as she wore glasses for the last 15 years. Upon examination, the patient was discovered to have slightly elevated intraocular pressure in the right eye from which she had absolutely no symptoms. OCT of the optic nerve was ordered, and it illustrated the presence of reduced nerve fibre layer thickness, which is a sign of possible glaucoma: a potentially blinding condition if left undiscovered and untreated. Further imaging and testing were carried out to rule out any other possible causes. After establishing the diagnosis, the condition was discussed with the patient and treatment was started.

The second is the case of a 39-year-old computer programmer presented with a history of recurrent episodes of intermittent blurring of the vision that would come and go. The blurring lasted a few days and then would get better spontaneously. He visited the Moorfields Eye Hospital in Dubai on one occasion as it had been over three weeks and the left eye had not yet improved, although it usually did before.

The examination of the retina showed some mild pigmentary changes which, along with the given history, was consistent with a diagnosis of central serous retinopathy. What was unusual was the severity of vision loss in the left eye despite the lack of fluid on the direct visualisation of the retina. Imaging study was ordered, and when the results came, the condition was clear, and there was no room for any error or doubt. The patient had new abnormal vessels growing under the retina and oozing fluid, which was only discovered using the latest OCT angiography technique.

According to Dr. Safar, this result changed the entire approach for the management of this condition, from mere observation to full intervention with medications injected into the eye to dissolve the abnormal vessels, which resulted in saving this programmer’s vision.

“Stories like the ones presented above are crucial in order to understanding why it is exceedingly important to couple the doctor’s examination with the results of the imaging technology; this way the treating physician has a complete and deep understanding of all the factors involved in the loss of vision,” says Dr. Safar. “This is the only scientific and acceptable way to practice ophthalmology in the 21st century. Patients need to understand that an ophthalmologist orders imaging studies purely to be complete in their assessment, and make sure that no effort has been spared before a treatment regimen has been recommended.”

In the event of the woman with glaucoma, the peripheral vision and eventually, the central vision could have been lost in a matter of several years without the detection and management that was applied. Dr. Safar believes that the case of the 39-year-old programmer is even more acute, as the presence of those abnormal blood vessels could have become explosive at any minute and the results would have been disastrous had the vessels bled into the space below the retina.