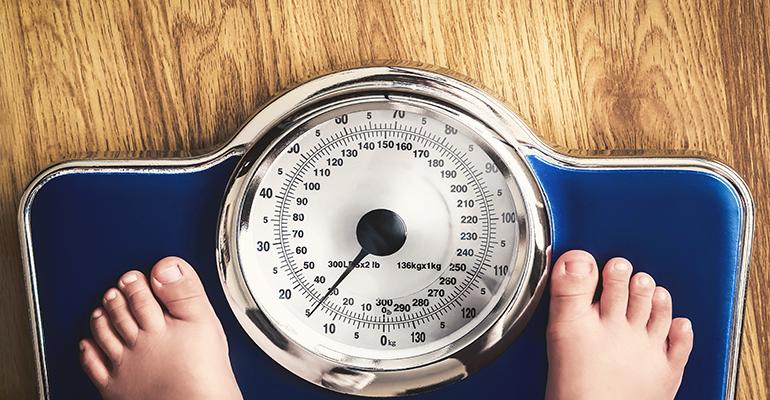 The field of bariatric and metabolic endoscopy ushers a new wave of minimally invasive therapies.

Obesity and metabolic disease have reached pandemic proportions; yet to date non-surgical treatment modalities focusing on lifestyle interventions or pharmacotherapies have limited success and impact on the metabolic consequences of obesity. To put this in perspective, the prevalence of type II diabetes and fatty-liver disease has risen significantly globally and is currently afflicting about 30 per cent of the world’s population.

Bariatric surgery has not only offered a select group of patients with obesity effective and durable weight loss, but ushered a better understanding of the role of gastrointestinal tract in regulating energy intake and metabolism through weight-loss dependent and independent pathways, coining the term “metabolic surgery” that is applicable to metabolic disease, such as type II diabetes, and non-alcoholic fatty liver disease. Penetrance of bariatric surgery, however, remains low at 1-2 per cent of eligible patients creating a significant management gap for patients with mild to moderate obesity with body mass index (BMI) between 30-40 kg/m², or those with severe obesity (BMI ≥ 40mg/kg²) who do not wish to pursue bariatric surgery.

Similar to the field of cardiovascular medicine, where angioplasty and stenting through a minimally invasive interventional cardiology approach bridged the gap between medical and open heart surgery for the management of coronary artery disease, the field of bariatric and metabolic endoscopy ushers a new wave of minimally invasive and effective tools for the management of obesity and its metabolic complications, which will complement medical and surgical approaches. Capitalising on selective targeting of similar peripheral and central gastrointestinal pathways, endoscopic bariatric and metabolic therapies (EBMT), can reproduce the benefits of surgical interventions in a minimally invasive, organ-sparing, and cost-effective manner. Furthermore, these devices and endoscopic techniques can be utilised in tandem or sequence to selectively target gastric and small intestinal pathways implicated in the pathophysiology of obesity, type II diabetes, and fatty liver disease.

Schematics of available EBMTs are demonstrated in Figure 1. Gastric EBMTs include space-occupying devices that most commonly take the form of temporarily placed prostheses. These include intragastric balloons, which can be liquid, or gas filled, and come in different unique designs and features. The TransPyloric Shuttle (BAROnova Inc, Goleta, CA), intermittently seals the pyloric channel and delays gastric emptying in the fed state to induce early satiation and prolonged satiety. The Full Sense Device (BFKW, Grand Rapids, MI), is a modiﬁed fully covered gastroesophageal stent with a cylindrical oesophageal component and a gastric disk connected by struts that exerts constant gentle pressure on the gastric cardia triggering afferent vagal signalling to the central nervous system and sensation of fullness resulting in weight loss. Additional gastric devices include gastric remodelling techniques that reduce the gastric reservoirs by creating an endoscopic tubular and short gastric sleeve along the greater curvature of the stomach with transoral endoscopic suturing (Overstitch, Apollo Endosurgery, Austin, Texas) or plication (POSE, USGI Medical, San Clemente, California). Finally, Aspiration therapy is a treatment approach for obesity that allows obese patients to dispose of a portion of their ingested meal via a specially designed percutaneous gastrostomy tube, known as the A-Tube (Aspire Bariatrics, King of Prussia, Pennsylvania). 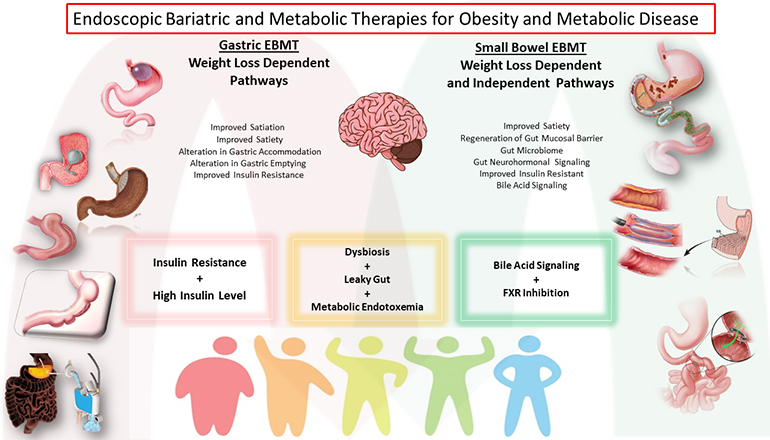 Obesity impacts multiple common conditions gastroenterologists manage on regular bases. With advances in the field of bariatric and metabolic endoscopy, gastroenterologists will also participate in the management of obesity, in addition to managing its gastrointestinal complications such as gastroesophageal reflux disease, fatty liver disease, and gastrointestinal neoplasia. However, this can’t happen in isolation and has to occur in conjunction with colleagues from endocrinology, nutrition, psychology, and bariatric surgery to expand the toolbox of therapeutic offerings for patients with obesity and metabolic disease.