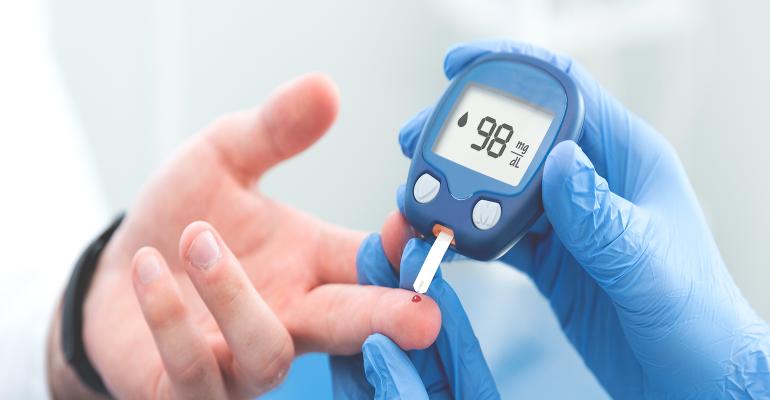 Rapid economic growth, sedentary lifestyles and unhealthy diets characteristic to the UAE are all risk factors for diabetes.

There are over 1 million people living with diabetes in the UAE, placing the country 15th worldwide for age-adjusted comparative prevalence. Saudi Arabia, Bahrain, Kuwait and Qatar all also feature in the top twenty countries in terms of prevalence worldwide.

Trends from the International Diabetes Federation (IDF) also indicate that the prevalence of diabetes in the UAE is rising at a faster rate than both the Middle East and North Africa (MENA) region and the rest of the world. Rapid economic growth, sedentary lifestyles and unhealthy diets characteristic to the UAE are all risk factors, leading to the number of people with diabetes expecting to double to 2.2 million by 2040.

Related: Link between diabetes and osteoporosis in the spotlight for UAE patients

In welcomed research, scientists at the University of Birmingham have broadened our understanding of how ‘weak’ cells bond with their more mature cellular counterparts to boost the body’s production of insulin.

Type 2 diabetes mellitus occurs when β-cells cannot release enough insulin – a tightly controlled process requiring hundreds of such cells clustered together to co-ordinate their response to signals from food, such as sugar, fat and gut hormones.

Related: Diabetes management in the times of COVID-19

The international research team discovered that immature β-cells (PDX1LOW/MAFALOW) are able to overcome their relative deficiencies by partnering with ‘stronger’ counterparts to drive insulin release.

Publishing their findings in Nature Communications, the researchers reveal that subtle differences in the levels of PDX1 and MAFA proteins (found only in β-cells), and more broadly, differences in β-cell maturity, contribute to how clusters of insulin-producing cells, known as islets, function.

The corresponding author David Hodson, Professor of Cellular Metabolism, at the University of Birmingham, commented: “This is the first glimpse that immature cells might contribute to the regulation of insulin release across the islet. Our study indicates a promising line of investigation that could be leveraged to make islets more resilient during type 2 diabetes or when generating new islets in a ‘dish’ for the purpose of transplantation.”