HomeClinicalMarket for cancer-fighting radiotherapy and proton therapy equipment to be worth US$6.6bn in 2020
Recent
Can healthcare robots answer physical and emotional needs?
May 27, 2022
The deadly case of the Therac-25: a warning for medical AI
May 26, 2022
Innovation vital in the evolution of clinical trials
May 25, 2022
Emerging cases of monkeypox investigated
May 24, 2022
POLL
The essentials of personalised healthcare in low-budget regions
May 23, 2022
The Florida International Medical Expo gears up for landmark 2022 event
May 23, 2022
AI, big data, VR and blockchain expected to power patient-centric applications
May 20, 2022
Dubai Hospital launches ‘Da Vinci Xi’ surgical robot to perform robotic-assisted minimally invasive surgeries
May 19, 2022

Market for cancer-fighting radiotherapy and proton therapy equipment to be worth US$6.6bn in 2020 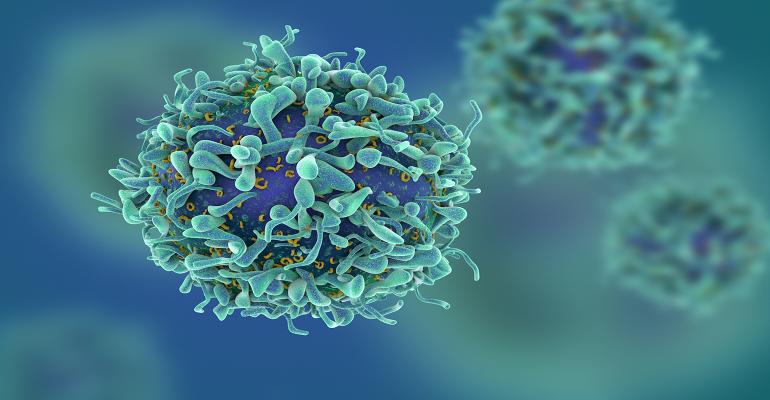 Worldwide revenue this year for radiotherapy and proton therapy equipment is forecast to grow 6 per cent.

According to new research by Omdia, the global market for radiotherapy and proton therapy equipment will continue to grow given the need to deploy more cancer equipment to battle the disease in the years to come.

Worldwide revenue this year for radiotherapy and proton therapy equipment is forecast to grow 6 per cent and reach US$6.6bn, replicating the pace of expansion set in 2019 when the market rose to US$6.3bn.

More than 18 million new cases of cancer were diagnosed in 2018 alone, according to the World Health Organization (WHO), with the figure anticipated to rise by 63 per cent by 2040. But while an estimated 60 per cent of new cancer patients will need as part of their treatment plan some form of radiation therapy or radiotherapy, only 25 per cent will receive treatment because the equipment is not available or because treatment is too costly. 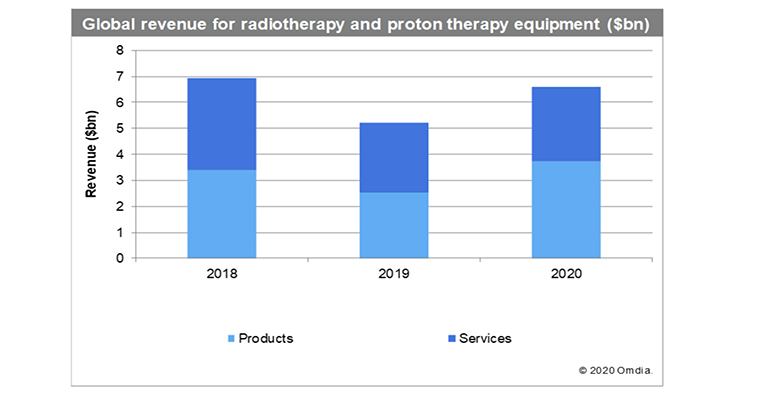 Most types of cancer radiotherapy use ionizing photon (X-ray or gamma-ray) beams for the local or regional treatment of disease. However, ionizing radiation damages the DNA of both tumour and healthy cells, causing biochemical reactions that eventually result in prolonged abnormal cell function and cellular death. For this regimen, the capability to focus treatment on only the malignancy would be optimal.

An alternative treatment modality to radiotherapy is proton therapy, also known as charged particle radiotherapy. Instead of photons, proton therapy uses beams of protons or other charged particles, such as helium, carbon, or other ions. Charged particles possess different depth-dose distributions compared to photons, depositing most of their energy in the last final millimetres of their trajectory when their speed slows. This results in a sharp and localised peak of dose, known as the Bragg peak. Proton therapy is still an emerging type of external radiation therapy in part due to its high cost, which involves the use of a particle accelerator, which directs proton particles in the form of a beam at the tumour. The beam is generated by using a cyclotron or synchrotron, instead of a linear accelerator.

The third type of treatment is brachytherapy, or the treatment of cancer, especially of the prostate, liver, and breast. The procedure involves the insertion of radioactive implants directly into the tissue. (Note: revenue from brachytherapy is not included in this insight.)

With proton therapy, long a limiting factor in making the therapy more commonly available was the capital cost entailed in developing a proton centre. However, options are now available to reduce start-up costs and help build more proton therapy centres, including one-room centres.

Overall, the upgrading of equipment is becoming increasingly important, especially as current radiotherapy or proton therapy gear continue to age out. Systems featuring a modular design also are candidates for upgrading because they do not require full system replacement.

A variety of equipment is used in both radiotherapy and proton therapy. The device most often used in the external radiation treatment of cancer is the medical linear accelerator, or LINAC, which customises high-energy X-rays or electrons to conform to a tumour’s shape and destroys cancer cells while avoiding the surrounding healthy tissue. Featuring several built-in safety measures to ensure delivery of a dose as prescribed, the equipment is routinely checked by a medical physicist to ensure it is operating properly.

While LINACs are widely available in the U.S. and Western Europe, significant demand exists in the rest of the world, deposit cost constraints create a shortfall in availability. Based on demand from patients that could benefit from this therapy, the shortage of LINACs is expected to increase through the next decade. Approximately 14,400 LINACs and proton systems worldwide are installed at present, with the number forecast to reach 18,950 units in 2023, Omdia estimates.

Among regions, the Americas—primarily the U.S.—held the largest share of revenue in 2019, with 42 per cent of the total market. In second place was EMEA, with 35 per cent; followed by Asia Pacific, with 23 per cent.

The world’s top three suppliers of radiotherapy and proton therapy equipment include two based in California’s Silicon Valley—Varian Medical Systems in Palo Alto, the market leader; and Accuray Inc., headquartered in Sunnyvale, in third place. Occupying the No. 2 slot is Elekta AB from Stockholm, Sweden.